Is the budget subsidy data telling you the real story? 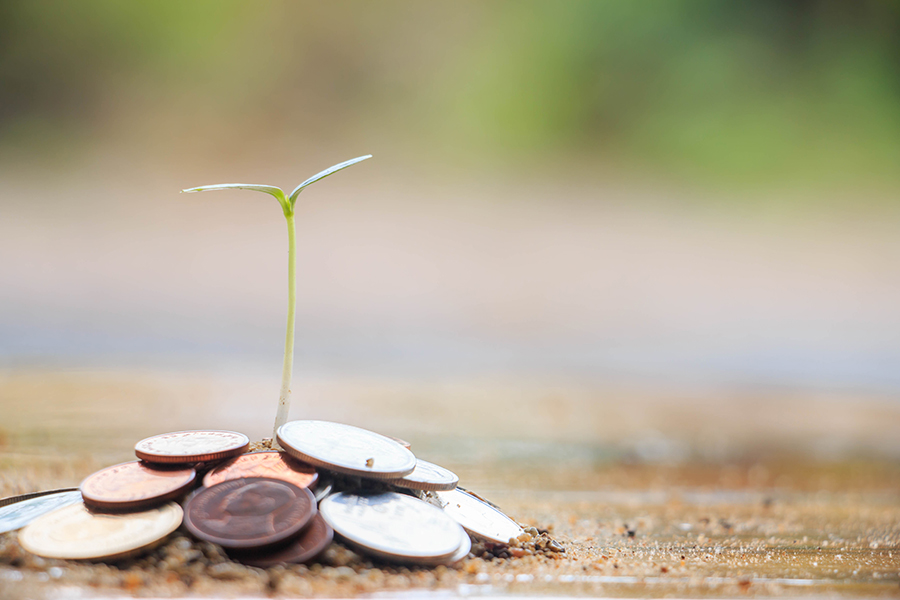 Image: Shutterstock
Subsidy has always been a touchy topic for governments as no one likes to be seen as imprudent. Data from budget documents indicate that the government’s spending towards subsidies has been falling significantly over five years. However, the Comptroller and Auditor General of India (CAG) has panned the government for missing fiscal deficit targets and using creative accounting methods to roll over subsidy data.
Government data shows that subsidy as a percentage of gross domestic product (GDP) has come down to 1.57 percent for 2017-18 and stands at ₹2.34 trillion, one of the lowest since 2008-09, when subsidies formed 2.35 percent of the GDP.

A CAG report released on January 8 says the government has increasingly resorted to off-budget financing for revenue as well as capital spending. In terms of revenue spending, off-budget financing was used for covering deferred fertiliser arrears, food subsidy bills and arrears of the Food Corporation of India through borrowings and special banking arrangements.

The CAG report says that during 2016-17, the government’s expenditure towards food subsidy was ₹78,335 crore and it rolled over ₹81,303 crore as carry-over liability. It was the first time that the carried over amount was higher than the actual expense shown by the government. To put it in context, during 2015-16, the government’s food subsidy as a percentage of GDP stood at 1.01 percent, the highest in the last 18 years (see chart). 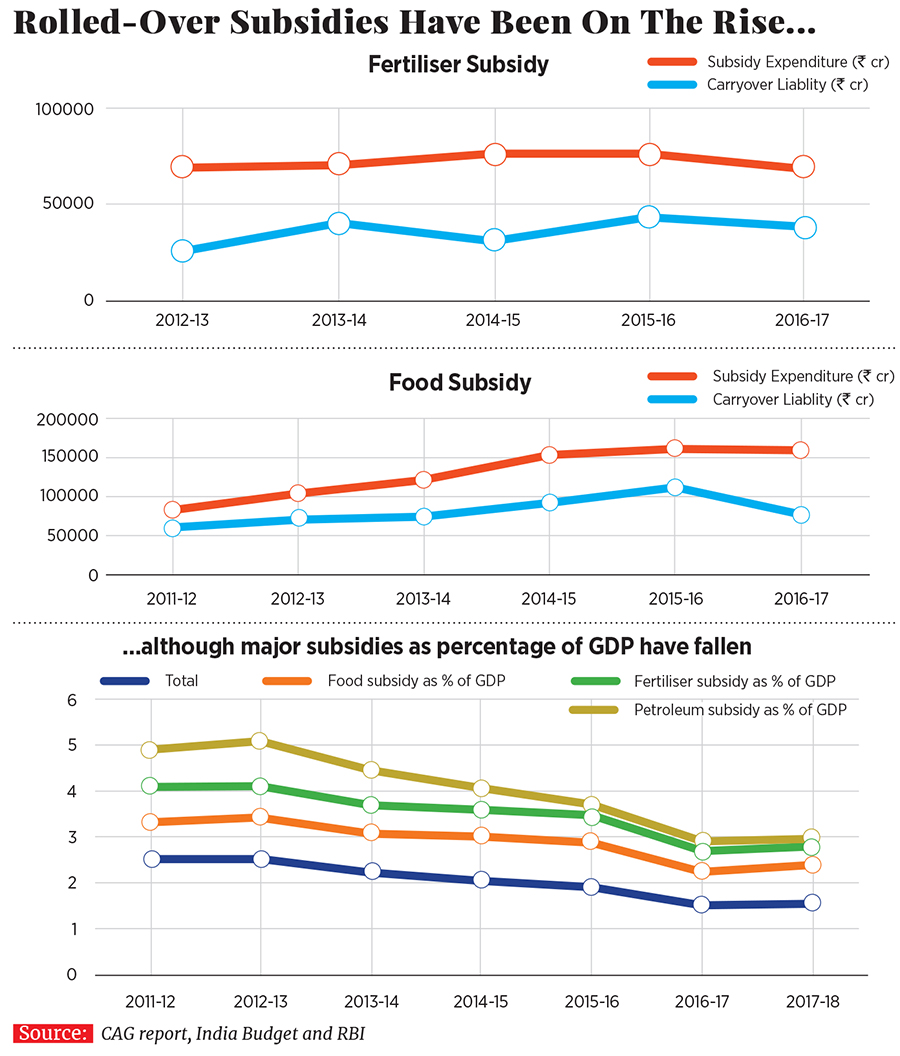 Although food subsidy goes up every year because the minimum support price for farmers increases and the FCI cannot refuse buying from farmers, the carry-over liability of the government is ballooning.The report also points to how the rollover number in the fertiliser subsidy has been increasing. In 2013-14, the last budget of the UPA II saw a 52 percent jump in carry-over liability for fertiliser at ₹40,341 crore, which has remained consistent during the NDA regime. According to Forbes India research, during 2016-17, the fertiliser subsidy as a percentage of GDP stood at 0.43 percent, the lowest since 2008-09 when the government paid ₹70,100 crore and carried over `39,057 as future liability.
“Most governments have been rolling over substantial amount of subsidy... but the number is now ballooning. It is yet to be seen what the implications in the coming years,” says a chief economist from a ratings agency.
The only saving grace for this government has been its luck around the petroleum subsidy as globally crude prices have crashed since 2014.

Tweets by @forbes_india
Here's what government's note on FDI in ecommerce means
Reservation's fine, but where are the jobs?