A commentator must never have an agenda: Sanjay Manjrekar 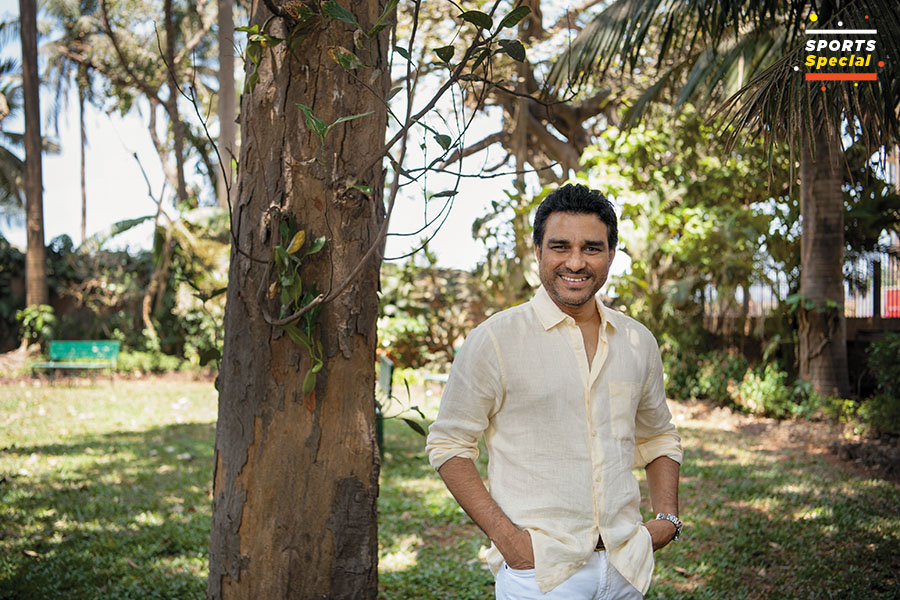 Veteran cricketer Sanjay Manjrekar got his first commentating gig at 1998, and hasn't looked back since
Image: Mexy Xavier

When MSK Prasad, chairman of the national selection committee, named Vijay Shankar in India’s squad for the 2019 cricket World Cup, he faced a lot of flak for leaving out Ambati Rayudu from the contingent. “Vijay Shankar is three dimensional,” he said, giving enough fodder to the Twitterati to have a go at him. Amid such vitriol, former cricketer-turned-commentator Sanjay Vijay Manjrekar gave the ‘3D’ version a humorous spin. While praising Kings XI captain R Ashwin’s performance against Rajasthan Royals in the Indian Premier League (IPL), Manjrekar tweeted: “Great game for Ashwin tonight... as batsman, bowler & captain. He was ‘three dimensional’.”

In subsequent tweets, Manjrekar took a dig at the lacklustre performance of Jaydev Unadkat and Umesh Yadav. “This was no Unadkat or Yadav, this was Trent Boult in the final over that Dhoni took to the cleaners,” he tweeted, reflecting his penchant to speak his mind. “My loyalty is with the viewers and producers. I am not here to please any player,” he tells Forbes India in an interview. Edited excerpts:

Q. You began commentating in the late ’90s. How have things changed since then?
It was in 1998. I was playing a ‘benefit match’ for [former India cricketer] Balwinder Singh Sandhu when I got an offer to do commentary. After that I kept getting offers because not many cricketers were doing commentary then. It was easy to break in. In the ’90s, the expectations of spectators were low. Earlier, there were non-cricketer commentators whose strength was their language. At that time, the understanding of the game was not in-depth and people were lenient in terms of ignoring mistakes as well. Now, the expectations are extremely high. The game has evolved.

Q. How has the transition from being a cricketer to a commentator been?
In cricket, you just need to know a few words to explain the game. You don’t need to have a large vocabulary. I have talked cricket all my life, as captain, as player, at team meetings. So doing commentary was just an extension of that. It came naturally to me because I always had an opinion. I am not someone who would keep quiet. The transition was perfect for me.

Q. You made your debut with English commentary…
Even though I am a Maharashtrian, English was something I was comfortable with. Whatever I heard or watched or read was in English. Even today, the best language to express myself in is English.

Q. Today, the commentary box is swamped with cricketers. Isn’t that jarring?
Yeah, that is the other extreme now, which I don’t like. Harsha Bhogle is the only non-cricketer commentator, which is not a good thing. Fans are missing out on a lot of potentially great commentators just because they haven’t played international cricket. They might have a flair for the language, may be exciting and read the game well, but they are not in the box. Fans connect with such people more than us because they feel they represent them in the commentary box.

Q. What makes for a good commentator? Is it the gift of the gab, a sound understanding of the game or a mix of both?
You need to have an X factor. The most important thing is that you should not be a boring person.

If you are a boring person off air, you end up being boring on air as well. [Former India captain] Anil Kumble is a great example. He is not an entertaining, fun guy. So when he is doing commentary too, he is a bit like that. Anybody who is interesting becomes a good commentator. Commentary mein language thoda zyada aata hai (language plays a prominent role in commentary). In a studio, for instance, a personality takes over. So a Kapil Dev can pull off a studio show. But in commentary, it’s just the voice. So language becomes important.

Q. Commentary is no longer about comment. It’s about entertaining people. What’s your take on that?
What happened with IPL and other formats is that white ball cricket became more popular. As a result, non-purist cricket fans also started watching the game. And if you are too analytical or serious, it puts them off. Take, for instance, the IPL. You need excitement, entertainment, analysis. You can’t be deadpan serious, otherwise it will kill the product. So you have to change according to people’s tastes. Earlier, cricket was followed by hardcore cricket fans. But with IPL and other formats, there are people outside that community and they have to be entertained. It has to be fun.

Q. What is also visible is a friendly banter between commentators…
We are encouraged to do that. Talking about bat-pad gap, playing outside the off stump and not moving the feet are things that people have heard a lot. So it’s interesting if there is banter or fun. This is something that people remember. We do it without crossing the line.

Q. Do you love commentating more in the shorter versions of the game or Tests?
I love commentating in Tests. But the problem with Test cricket is that it’s outdated. It’s irrelevant to today’s audience and lifestyle. It’s almost like a heritage structure that we are proud of, but not something that is functional. T20 cricket is the in-thing. People love it and it is played at a time when they can watch the games. The problem with Test cricket is that it is played when people are in office. I was initially sceptical about T20. But when I worked on my first assignment (the World T20), I loved it. I am not somebody who is caught in a time warp to say that it’s Test cricket and nothing else. In fact, I find one-day internationals the least exciting of the three formats. Test cricket has its own charm, T20 is fun and 50-over cricket a struggle.

In T20, you can have somebody slogging for two overs and getting the Man of the Match award. To get the same in Tests, you need to probably bat like [Cheteshwar] Pujara for hours and days. Your character gets tested. It’s a bit like classical singing versus the light-hearted version. The guy doing the latter might be richer, but he would always admire the classical singer, who might not be rich in terms of money.

Q. How difficult is it for commentators to criticise the performance of the ones playing the game now?
It’s important to articulate your opinion well. And this comes only if you have control over your language. This helps you say exactly what you want to say without sounding hurtful. I have seen a lot of people get into trouble because they didn’t use the right word. Fans are pretty involved now. Their biggest frustration is when experts don’t react, are silent or decide to stay away. If I have survived as a commentator it’s only because people feel that I say what I see. For instance, Vijay Shankar [of Sunrisers Hyderabad] disappointed me with his performance [in the IPL], and I said that on air.

Q. You have been blunt with your assessment of players…
Yes. My loyalty is not with Vijay Shankar or any other player. It’s with the viewers and producers. I am not here to please any player. I keep a distance from the players. And that’s the job of a commentator. If you are concerned about your relationship with the players, you are not honest with your job. The only thing that a commentator must never have is an agenda. If they have one, they would look to run them (players) down or praise somebody for no reason. But viewers can see through that.

Q. Players today are aggressive on the field. How do you look at that?
Their bark is worse than their bite. Some of the incidents that happened during the ’80s and ’90s are things that you can’t even imagine happening today. Colin Craft, for instance, ran in to bowl and crashed into the back of an umpire deliberately in February 1980. He did that because he was upset. Michael Holding kicked the stumps after his appeal was turned down. And Javed Miandad and Dennis Lillee almost exchanged blows. But there is more scrutiny now. The camera picks up every little thing on the field. It (behaving aggressively) has also become a bit of style, because you know if you behave like that, the cameras would be on you.

Tweets by @forbes_india
Cobots are the tools of the future: Pradeep David of Universal Robots
Google relies on growing underclass: Temps who outnumber full-timers