Raw foods aren’t just a fad, they are a way of life. All you need are strong teeth and a strong stomach 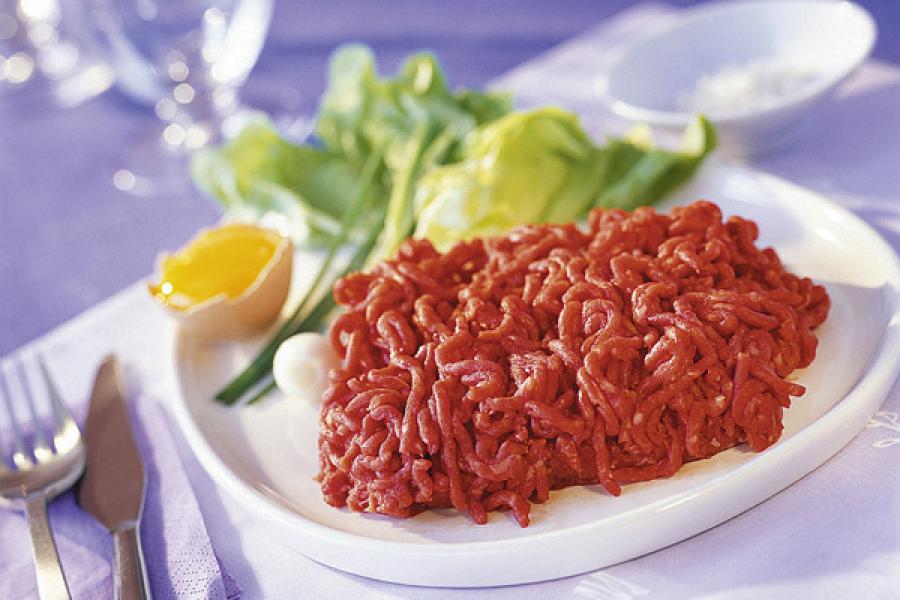 Image: Corbis
THOUGHT BITE Eating raw meat, like this beef tartare can take some getting used to

Blood-red strips of raw beef, meant to be eaten as is.

As a child, I was a very fussy eater, questioning all that was placed before me. As an adult, I’d tried everything I’d come across, from a pigs’ organ soup in Singapore, to reindeer meat from Finland. But the first sight of the bowl of raw beef in a restaurant in Seoul triggered something of an existential crisis for me, doubts and emotions clattering in a hollow bowl.

It was a while before I reached for the beef. No matter how much sushi or sashimi I had consumed previously, eating raw meat—especially meat that looked so raw—was not something I had considered seriously.

I picked up a small strip with my chopsticks and placed it gingerly in my mouth. But once my teeth closed in on the meat, every bit of the doubt and anxiety that had gripped me ceased to be. It was delicious. The meat was firm but soft, juicy, tinged with seasoning and served chilled. If I had not known what it was, I would have been hard pressed to make an accurate guess.

Yukhoe, I learnt later, is prepared from the tenderest part of beef. It is stripped of fat, mixed with seasoning—sesame oil, garlic, sugar, salt and other condiments—and often served with a raw egg yolk, although I did not get to taste that variation. It was nothing like any meat I’d ever had.

Yukhoe, to my mind, is an extreme form of raw food because it is meat, not seafood. But that was before I encountered Sannakji, small octopus. Not only is the octopus dished up uncooked, it’s actually alive. Just before it is served, the octopus is chopped into small pieces and seasoned. What makes it particularly challenging is the fact that the small pieces may still be squirming on the plate, and their suction cups may still be functional. I was simply grateful that this was not the case with the plate I was presented: I remember the octopus as chewy, slightly salty, and sprinkled with sesame seeds. Having small suction cups clutching at the inside of my throat is not an experience I want to savour.

But all Korean food, even the raw ones (generically called hoe in the Hangul language), does not lead to such powerful emotional and physical dilemmas. There is, of course, the entire range of local adaptations of sushi and sashimi, made with seafood such as tuna, salmon, prawns, squid and seaweed. There are also dishes where one main ingredient is raw. For instance, Hoedeopbap is a relatively timid dish of rice (bap), raw fish and finely sliced raw vegetables. You might also find a raw egg cracked into your Bibimbap, slowly cooking against the hot sides of the bowl in which it has been served. Incidentally, Bibimbap—plain rice served with toppings including fried mushrooms, spinach and bean sprouts—is perhaps the only Korean main course I came across that can have an authentic vegetarian spin-off. (It is served with a side of seaweed soup, which can be avoided if found to be too smelly.)

Yet another version of raw food (at least when it is served) is Shabu-Shabu, a Japanese import, like many others. A large pot of the soup of your choice is placed on a hot-plate or gas heater in the middle of the table, and kept on a slow boil. You are served your own large plateful of raw vegetables and wafer-thin slices of meat, usually beef, pork or chicken, which you drop into the soup for a few seconds—enough to cook them through—and then eat.

It is common, and not only in India, to associate raw—uncooked and unprocessed—fish or meat with not just foul smells, but health concerns. However, in countries where such cuisine is commonplace, the standards of quality and freshness are highly detailed and differentiated. The cut, freshness and firmness of fish are crucial if it is to be consumed raw. Strict government controls are maintained in Korea to ensure that consumers are aware of the freshness of the meat they are buying from a butcher, or eating in a restaurant. In Japan, government regulations require the trimming of raw beef to remove any contamination on its surface. 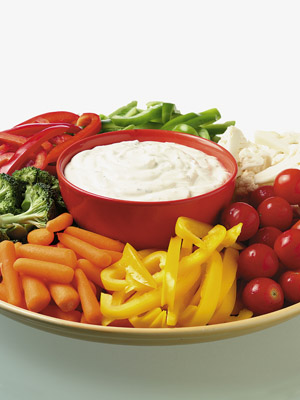 Image: William Brady / Corbis
VEGGIE DELIGHT A diet of raw food can make you feel more energetic
The various raw food traditions across the world can be traced to different origins, with reasons as varied as weather, paucity of fresh food, poverty and convenience. For instance, sushi and sashimi began life as fermented fish. To aid preservation, the fish would be stored with cooked, fermenting rice and eaten after the rice had been dusted off. Over time, the rice too began to be eaten with the fish. And then, tastes changed to prefer fresh fish in a bed of rice that had been mixed with vinegar and fermenting wine.

Today, however, raw food diets owe more to their perceived health benefits than any other factor. The trend is based on the belief that the nutritional content of any vegetable or fruit is the highest when it is raw and that even the slightest bit of heat destroys their delicate chemical balance. Consuming organically grown raw food means you eliminate all chemicals and preservatives from your diet.

Although I had read and heard enough about these faddish diets, and even specialty restaurants that serve primarily raw food, I recently met Simon Kruse, the Moscow correspondent for Danish newspaper Berlingske, who has actually tried it out in earnest.

“A newspaper story I read matched well with an idea that I’d had for a long time—to eat more natural, and less processed, food, and fewer fried things. So, I ate only vegetables, fruits, nuts, and the like and gave up all forms of meat, dairy products, eggs, processed food, refined sugar and food that has been cooked, or even heated, in any form,” he says.

Though Kruse found the raw food diet made him feel more energetic, even after meals, it was not easy to follow. “I fell off the rails mainly because in a raw food diet everything has to be prepared from scratch. Eating out with friends also becomes a problem. However, I still use several of the recipes simply because they are really tasty, much lighter and more refreshing than heavy, cooked meals. Also, this diet was the trigger for another diet, to which I have stuck for more than a year now.”

Kruse now follows what is called a Stone Age diet, which does not allow any form of starch (potatoes, cereal, rice), dairy products or refined sugar. He sticks to vegetables, fish, poultry and eggs. This diet, he says, has similar benefits as the raw food diet but is much less of a hassle.

Eating healthy raw food today is perhaps more of a challenge than it was in the Stone Age, what with the constant doubts about pesticides, preservatives and hygiene standards. If the concerns are adequately addressed, raw food has a great deal going for it, be it health, taste or adventure. But, regardless of how much I enjoy my sushi and how much of it I can eat, I do believe that the greatest human discovery—fire—should be put to good use in preparing what we eat.

Tweets by @forbes_india
The World's Best Companies: Superlatives in Asia-Pacific
The New Coaching Class in Kota