The unique experiences of heritage hotels and homestays

Properties like the Hill Fort in Kesroli, Rajasthan, are a huge draw among tourists as they offer a glimpse into a bygone era and way of life
Image: Courtesy Neemrana

The ways in which you can vacation are probably as myriad as the places where you can. As ever-improving transport and internet connectivity make the world shrink—always taking a little away from the mystery and wonder of far-flung and unexplored destinations—vacationers are seeking magic in other ways. The one big factor in this search is how (not just ‘where’) people choose to stay on a vacation. Because how they stay can now, very well, decide how they vacation.

India has been witnessing significant investments and growth in the conventional hotel segment over the past few years, with an increasing awareness of the potential of the industry. For instance, according to India Brand Equity Foundation, the mid-hotel segment is expected to get investments of Rs6,600 crore over the next five years, with major chains like Mariott, Carlson Rezidor and ITC planning upscale, budget hotels in tier-I and II cities. However, besides the scope for growth in conventional hotel chains, there is a growing interest in two other segments—heritage hotels and homestays.

“These two categories represent a trend that is driving growth. We have observed this in our surveys, like the TripBarometer Travel Trends,” says Nikhil Ganju, the country head of TripAdvisor, adding that heritage hotels and homestays represent a unique holiday staying experience. While heritage hotels offer a glimpse into a bygone era, homestays are increasingly popular with holidaymakers seeking a slice of local culture and traditions.

Both represent the widening horizons and expectations of the Indian traveller. “People seeking new experiences is something that figured very high in the Travel Trends report on the holiday preferences of Indian holidaymakers,” says Ganju. (See In Search Of...)

Sharat Dhall, COO (B2C), of Yatra.com, agrees: “Increasingly, people are seeking an experience that a normal hotel cannot offer. Heritage is a totally leisure segment, with top-end products. With rising incomes, people are willing to spend on a higher-level experience.”

This preference for ‘experience’ is also highlighted by the 2017 TripAdvisor Travellers’ Choice Awards for hotels. The annual awards are based on the millions of reviews and opinions collected in a single year from TripAdvisor travellers worldwide. In India, this year, the award was given to 148 hotels across eight categories—Top Hotels Overall, Luxury, Bargain, Small, Service, B&Bs and Inns, Romance and Family—of which 134 were ‘independent hotels’, that is those that do not belong to a chain.

“Experientially, there is no comparison between a heritage and a conventional hotel,” says Aman Nath, founder-chairman of Neemrana Hotels. “Whenever people do an India trip and stay in a host of properties, the memorable ones are not the city five-stars, but that palace in the wilderness, where they may have been a lot less comfortable.”

Nath adds that although Neemrana’s larger properties like Neemrana Fort-Palace and Tijara Fort-Palace in Alwar and Hill Fort in Kesroli (all in Rajasthan) are a huge draw, other properties like the Glasshouse on the Ganges and The Ramgarh Bungalows (both at Kumaon in Uttarakhand) have shown a great leap because of their peaceful locations. “Guests expect grandeur of scale, great views, some quirkiness, and a lot of history,” he says. “Basically people travel to see the ‘difference’, and the heritage hotels provide this without much effort.”

Heritage also no longer means just the palaces of erstwhile royalty; bungalows and havelis too offer a slice of history, perhaps an even more intimate one, making for a wide array of properties and budgets, as well as experiences. So, while tariffs at the Rambagh Palace of Taj Hotels and Palaces in Jaipur begin from around Rs22,500 per night, Neemrana’s Glasshouse on the Ganges can offer rooms starting at Rs10,000 per night.

That the sector has grown manifold, says Nath, is evident from the fact that the Indian Heritage Hotels Association, formed in 1990 with 14 members from Rajasthan—“where the sector is largely concentrated”—has, in 2017, 191 members from 16 states. The rise in number of heritage properties being listed on TripAdvisor, too, indicates the insatiable demand in this sector, says Ganju. “There will come a time when you will run out of true-blue heritage properties, but there are always more forts and bungalows being discovered and restored,” he says. 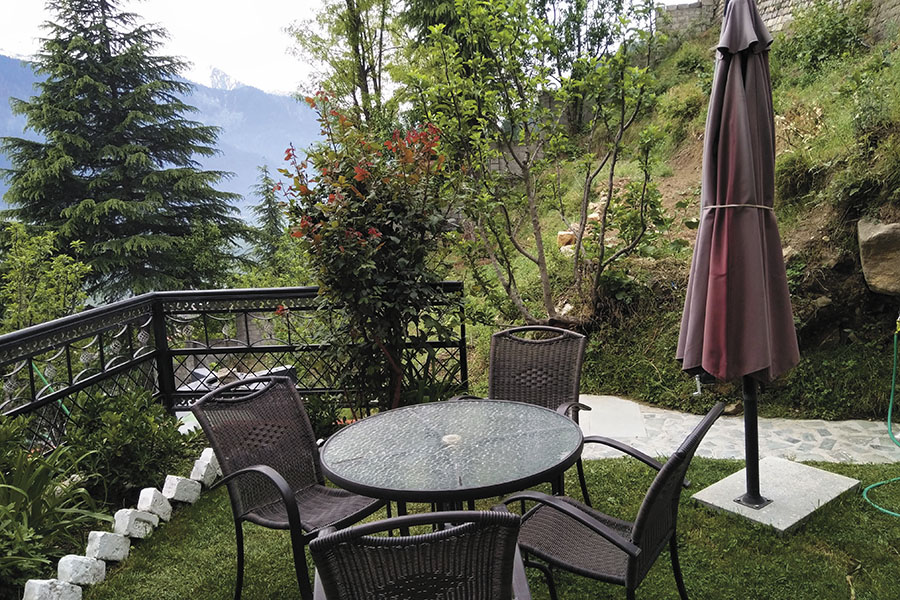 Travellers are now opting for homestays in their quest for going local
Image: Courtesy Yatra

Homestays is another segment that brings out the Indian traveller’s search for out-of-the-ordinary experiences. Both Dhall and Ganju say the segment is witnessing significant growth. So much so that Yatra launched an initiative last year, through which they tie up with state governments to promote the concept of homestays.

“The sector has seen good growth in the past one year to 18 months,” he says. “But homestays are still nascent in India. Only the entry of new players will drive this segment.” He adds that a lot of education is required to make homestays acceptable to both hosts and guests; while hosts are reluctant to put out their properties, travellers are iffy about putting up in them. “They expect amenities such as room service,” says Dhall. “Homestays also tend to have fixed times for meals, with a caretaker who cooks. These might not meet the expectations of the guests.”

Online reviews, however, might come in handy. “Reviews do the job of tempering expectations. A homestay newbie would read reviews and might want to stay away if they don’t like them,” says Ganju.

The homestay guest, says Dhall, can broadly be categorised into two. The first are those looking for a differentiated experience. “Location, or the heritage of the property—something like a 100-year-old bungalow—is important,” he says. “Elements such as the host living on the same property also play a role. Travellers get insights into local customs and culture.” The second segment is the value-seeker, or travellers in large groups. “For instance, if two or three families are travelling together, they take over one complete house,” he says.

But India is nowhere close in supply, compared to other nations in the region. “Although we have witnessed a high level of interest, we haven’t seen the high growth rates that we have seen in hotels. Look at Bali in Indonesia, for instance,” says Ganju. “The quality and variety of supply there show we are far behind.” He adds that it is also a function of the economy: “How many people in India have a first home, forget a second one they can put up for homestays?”

The nature of homestays, Ganju says, is also regional and has cultural manifestations. While in the US and Europe, it is common for people to put up their second homes as homestays—which are managed by professionals—in the Asia-Pacific region, it is more common to have homestays where the host, too, lives. 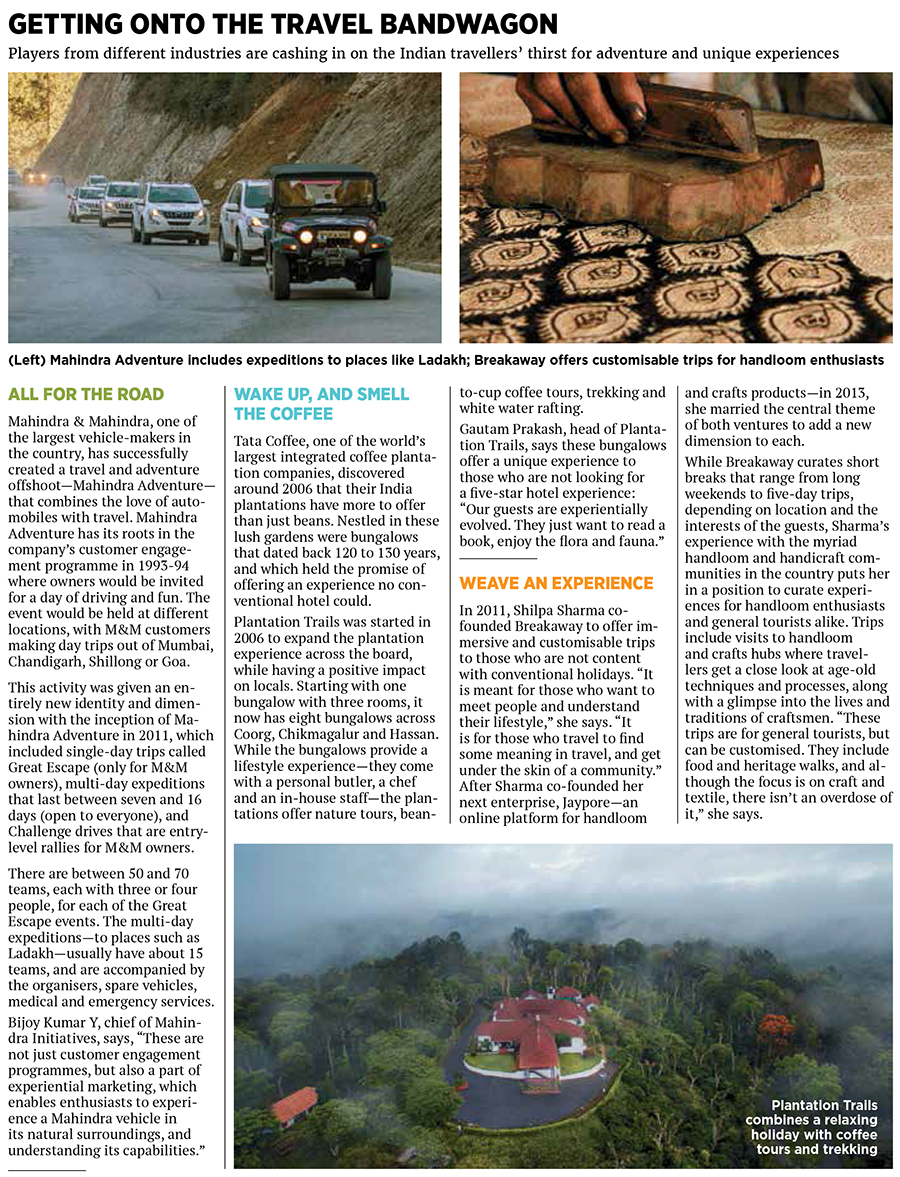