There are a lot of instances where a male character could have been replaced by a female one: Geena Davis

Oscar-winning actor Geena Davis talks about why we need more women in front of the camera, and behind 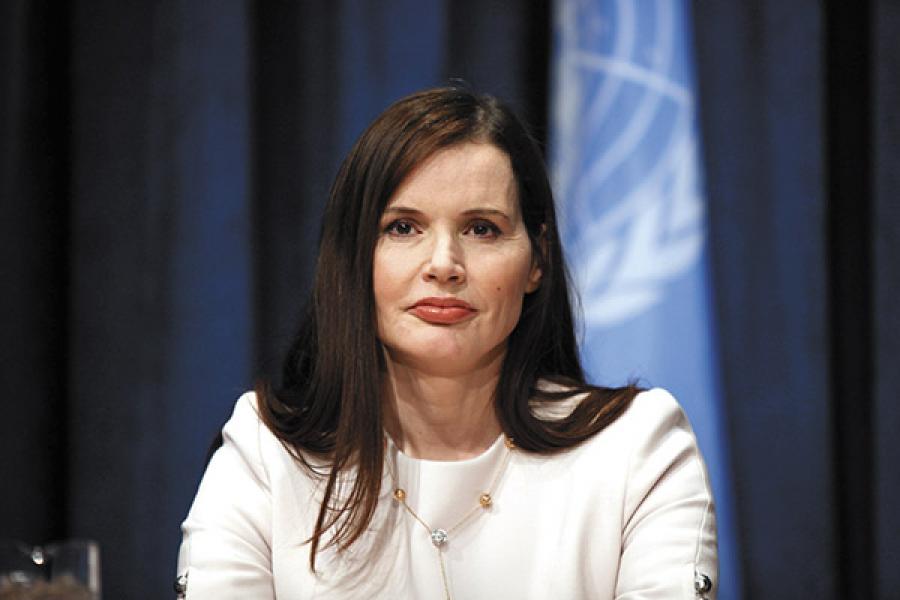 Geena Davis is best known for the memorable characters she has portrayed, whether it is the rebellious Thelma in Thelma and Louise (1991), a baseball phenomenon in A League of Their Own (1992), the first female President of the US in TV show Commander in Chief (2005-06), or an assassin working for the US government in The Long Kiss Goodnight (1996).

But since setting up the non-profit Geena Davis Institute on Gender in Media, she has also been recognised as an advocate for representation of girls and women in films and television programming. She was appointed Special Envoy for Women and Girls in ICT [Information and Communications Technology] for the UN’s International Telecommunication Union; she is also an official partner of UN Women, and the Chair of the California Commission on the Status of Women.

In February, the Geena Davis Institute will be presenting its Global Symposium during the first FLO (Ficci Ladies Organisation) Film Festival, in Mumbai. Excerpts from a telephone interview with Davis:

Q. How should films address gender equality? Is it through more women-centric scripts, or by including more women in the entire film-making process?
It is in both these ways. Because so much of the message we get about ourselves is through popular culture. Are we [women] reflected? Do we see ourselves? And if women and girls are not valued in popular media to the extraordinary extent that they are in life, it’s sending a message that they are second-class citizens, they aren’t as important as men. I think we will change the way we value women if we see them as 50 percent of the characters and doing half of the interesting and important things.

In other words, life can imitate art. And we know from various examples that this is the case; that people are inspired by characters. That would include not just films about female characters or about women, but whatever anybody is going to make; they should just make sure that there are more female characters. They can change some of the male characters to female and include them, like half the population like they are in the real world.

The other side is having more women as decisionmakers, behind the camera, as writers and directors. All those numbers are very, very low; I am sure in India as well, as it is around the world. Our research shows that if there is a woman producer, director or writer, then the onscreen percentage [of women] goes up. [Without women] the point of view of women is not being told, and our perspectives are not being included. Men and boys are living in a world where they don’t have to take into account the opinion of women and their ideas.

Q. Recently, some female actors in Hollywood have demanded to be paid as much as their male counterparts. What are the factors that have traditionally determined pay for male and female actors?
Unfortunately, there’s much more value in the minds of studios and financiers that male characters are more important. There’s a powerful belief, which turns out to be not true, that men don’t want to watch women, but women will watch men. So we have to make everything centred around the male characters. There is so much focus on the male characters that their salaries get bigger and bigger, and you have a situation where so much of the budget is spent on the male star’s salary that it almost doesn’t matter who the woman is. It’s like, let’s just get somebody for a low price, maybe we can even get a recognised star for a lot less. Like in the recent case of The X-Files [where Gillian Anderson was offered half of what co-actor David Duchovny was offered], my jaw fell when I learnt of it. In these times, when there is so much focus on this. I heard they gave her a hard time about paying her the same. It wasn’t like, ‘Oops, sorry.’ There couldn’t be a situation where they [Anderson and Duchovny] could be more equal in terms of the role and, yet, it’s still happening so openly.

Q. You have played strong female characters in many of your films. Was this a conscious decision?
I am very lucky that parts like that came my way. I wanted to play interesting and complicated characters who were important to the story, and I was lucky enough to find parts like that. Some of them were unusual movies, like The Fly (1986). It was for selfish reasons that I wanted something challenging to do as an actor.

But later I realised that all along I had been playing characters who were in charge of their own fate. The best example of that would be Thelma in Thelma and Louise [in which Davis starred with Susan Sarandon]. We make horrible decisions, but at least we are in charge of our own lives all the way to the end. That is why it resonated with women so much. 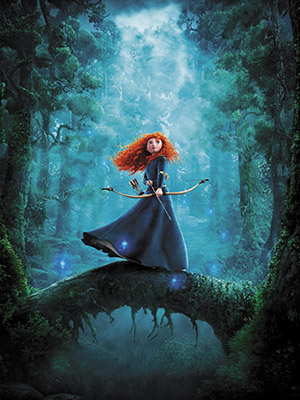 According to Davis, movies about female archers, like animation movie Brave (above), are inspiring young women to take up the sport

Q. Do you have a favourite female character?
I suppose that would be my own favourite character of Thelma. As far as other female characters are concerned, I love Katniss Everdeen [played by Jennifer Lawrence in the Hunger Games series of films]. I think it’s a fantastic character.

Q. Are there any male characters you think a woman could have played better?
I don’t know about a woman playing it better, but there are a lot of instances where a male character could have been replaced by a female one, unless it was for something like historical accuracy. Part of what we can do to open things up is to just make it gender-neutral casting. Write the characters in a way that they could be played by a man or a woman. Obviously, in the US we have a lot of problem with diversity as well. It could be a black or a white, or a man or a woman. We have to open up our minds about who can play the parts.

Q. Are there certain elements that a successful woman-centric film should have?
The evidence is in that movies about women, or starring women, or directed by women, are very, very successful. We don’t need to keep pretending that that was a one-time thing, a one-off. Because movie after movie comes out that are enormously successful, with a female cast. Whether it’s Bridesmaids, or The Hunger Games, or the new Star Wars. The lead character is a young woman [Daisy Ridley plays Rey in Star Wars: The Force Awakens], and it is the most successful movie of all time. We don’t need any further proof that audiences will go in droves to see movies that are about women characters.

I think there are two things: It’s acknowledging that, hey, it’s just as commercial and just as interesting to have a female lead or a second lead; and second, it’s like, let’s make movies that women aspire to, and admire.

Q. You were part of the trial semifinals for archery to represent the US at the 2000 Sydney Olympics. Do you see the same kind of gender disparity in the sporting industry in the country like you see in the media?
Absolutely. We had a law back in the 1970s called Title IX, which made a huge impact on the number of girls playing sports in school and college, which said girls must be treated equitably with boys where facilities and participation were concerned. But it’s really lagging. Female athletes don’t make as much [money] as the male sportstars, they don’t get the media attention.

But I will say we have an interesting study that’s going to come out in the next few months. Two movies about female archers that came out in 2012, The Hunger Games and Brave, the animated movie, resulted in the number of young women taking up archery in the US skyrocketing. The study, I am sure, will show that those images inspired women and girls to take it up in real life.

Q. Would you say something like that happened after the release of your film, In a League of Their Own?
We’ve never done a study about it; maybe we should do one. But I know from personal experience that the number of girls and women who would come up to me and say, ‘I play sports because of that movie’, is just unfathomable. It’s interesting because people still watch it as much now as they did when it came out almost 25 years ago.

Q. What has been the biggest achievement of the Geena Davis Institute on Gender in Media?
We’ve raised awareness in Hollywood, since we started out almost 10 years ago, when not only were people not talking about this, but there was so little awareness about female representation.

It wasn’t until we did our research that the discussion was launched, and we have tried to stay at the forefront of this, making sure that Hollywood knows at every level about the lack of representation, particularly in what’s made for kids and families. So that we can stop creating unconscious gender bias through media images. We’ve visited every studio, every [TV] network, every production company, every guild and shared our data with them. I think it’s certainly having an impact.

The FLO Film Festival, in association with NFDC, will be held in Mumbai between February 18 and 20. Details at: flofilmfestival.com