The Significant Gap Between Society And Organizations

Bonin Bough, PepsiCo’s global director of digital and social media describes the significant gap that has emerged between individuals and organizations when it comes to embracing digital tools 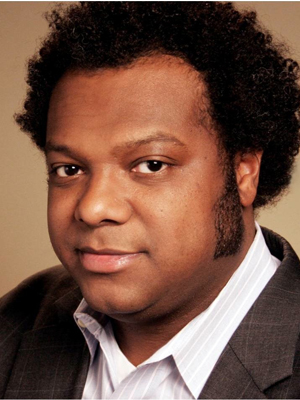 You have compared modern organizations to dinosaurs due to their failure to embrace the digital tools that you believe are “driving human evolution.”  Please explain.
If you look at where the average organization is in terms of its digital evolution, many are stuck in a kind of a ‘Jurassic’ state. Organizations used to be early adopters, but that’s not the case anymore; the first time you interacted with Microsoft or had an e-mail address was probably inside of some type of organization. But something happened when technology quite suddenly became mobile and social: most organizations completely closed off to it. As a result, a worrisome gap has emerged between where society is digitally and where organizations are, and we have to be very cognizant about closing that gap.

The world is already littered with cases of organizations big and small that have failed to adapt to the changing environment. Most of the early ‘casualties of war’ were cases where digital directly attacked their business model, but now, even if your business model is not directly attached to digital, you can be at great risk. If you cease to adapt, you will cease to survive.

You are an advocate of ‘digital fitness’ – a spin on Darwin’s survival of the fittest. How do you define it?
An organization that is digitally fit is one that has adapted to these changes in the landscape and created programs and processes around it.  You get digitally fit in much the same way as you get physically fit: it requires rigour, dedication and commitment; it requires pushing yourself past the point of where you want to stop, and a lot of organizations aren’t used to doing that.  It also requires really focused thinking to figure out a regimen to make your organization a digitally fit place. This is not just about marketing; it entails everything from supply chain to package design to legal. How many marketers sit inside of an organization where the legal team ‘just doesn’t get it’ or won’t allow them to run certain programs because they don’t really understand the technology and therefore can’t put a true analysis around the risk?  These lawyers are potentially holding back largest muscle their organization has to flex, which is its digital muscle.

Tell us about a PepsiCo initiative that personifies digital fitness.
Our leadership was very aware of the importance of digital to the future of our company, and wanted to learn about the technologies that will shape the way consumers engage with the world over the next six to 18 months. So we developed an incubator program called PepsiCo10, which started as an open call for emerging technologies. To participate, you had to have all the markers of an emerging technology that is on the right path. Our goal was not just to become aware of these technologies, but to operationalize them.

We received more than 500 ideas, so we had to put some tighter parameters around what we were looking for. We wanted really ‘shovel-ready’ stuff -- ideas that we could get to work with right away, so we asked ourselves, What are the categories of digital that are going to challenge business the most? We came up with four. The first was social.  We all know that social media is continuing to evolve and there is new innovation every day. The second was mobile, which is a massive force of change. A few weeks ago, I went out on a mission to buy every single tablet that I could find at four electronics stores, and I found close to 30. I wanted my colleagues to see the maturity of this market that’s been around for a little over a year.  The third piece was digital in store, which provides opportunities for us to build relationships at point-of-sale with consumers in new ways. This category will transform the behaviours of consumers when they’re in purchase mode in a supermarket. For example, soon people will be able to scan barcodes to see nutrition information. The fourth category was digital video and gaming. When you look at the research on what 2016 is going to look like, gaming over-indexes everything with the exception of mobile.  And then there’s digital video. The space in and around the TV is changing very quickly.  Most organizations, on average, are spending 80 per cent of their media dollars there, but they need to start re-thinking their strategy to keep pace with how the living room is evolving to become more connected and social.

By focusing on these four categories, a committee of 30 people from across PepsiCo narrowed the entries down to 80, then to 20, and those 20 had a chance to come and present to 280 marketers, communicators and functional leads from across the company. Finally, we chose 10 projects, and the only way you could vote was if you were committed to running a pilot for the project you voted for.  This program gave our people the chance to play with the ‘clay of the future.’ We’re now in the process of running it in Europe, where we’ve received loads of high quality submissions from over 18 countries.

Discuss some of the perils of a 100 per cent digital society. For instance, South Korea is the most connected country on the planet, with 98 per cent of the population connected to the Internet, and one thing this has led to is a new disease called ‘Internet addiction’.
This just reminds us that as marketers, as a society and as people, we have to be cognizant that these technologies are changing humanity in some significant ways. The futuristic world that is being projected is probably going to happen, and whether it’s dangerous or not is dependent on us being cognizant of the changes that we’re going through and creating policy around it, which I think is lacking right now.  Overall, though, digital is a hugely positive force. I feel like we’ve moved from an innovation economy to an imagination economy, because almost anything you can imagine, you can actually bring to life with existing technologies.

I remember being in school and talking about Moore’s Law and Metcalfe’s Law, and now these laws of exponential technological growth are continuing to hold true many years later. You can easily imagine a world where every single package that my company creates is ‘digitally enabled’ -- connected to the Internet somehow. As a result, someday soon a company like PepsiCo might actually be a bigger technology organization than Google!

Bonin Bough is the global director of digital and social media at PepsiCo, based in New York City.  Previously, he was the EVP and director of Weber Shandwick's global interactive, social and emerging media practice and a professor at NYU's Center for Publishing Graduate Studies.

Tweets by @forbesindia
Why Does Market Volatility Matter?
Affordability, Not Unavailability Of Food, Is Increasing Starvation