Karuna Nundy: Without fear or favour

Karuna Nundy has shaped much of the law around gender justice and freedom of speech, taking on corporations and governments 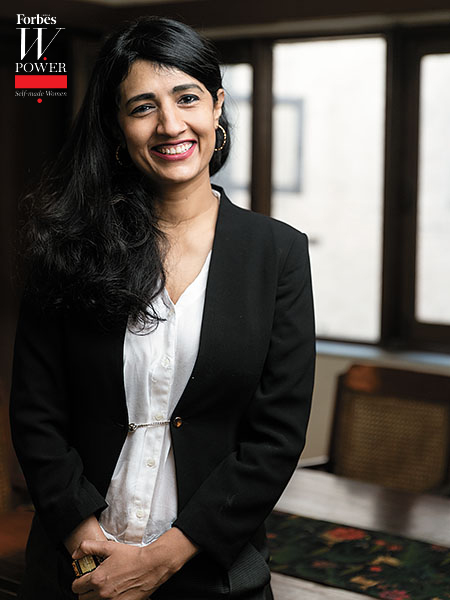 Lawyer Karuna Nundy has little doubt that her phone has been tapped. She tells me this almost lightheartedly, over, well, a (freewheeling) phone call from her Delhi office, recalling a particularly unnerving piece of news.

Nundy, a Supreme Court advocate, has been tirelessly fighting for victims and families of those affected in the 1984 Bhopal Gas Tragedy, among the world’s worst industrial disasters—it killed thousands and has left another several thousand with permanent disability and injuries. This piece of news she refers to came out back in February 2012, and alleged that a US-based security think tank called Stratfor was spying on people working on the case, according to whistleblowers at Wikileaks.

“Of course, at that time, I was furious. I thought they were spying on my office. But turns out they weren’t particularly efficient,” she laughs wryly. “It’s very easy to tap people’s phones—all it needs is a very thin layer of government permissions.”

Nundy, who has represented victims in some of the country’s most-watched cases, taking on large corporations and  governments, has faced severe trolling on social media, even stalkers offline. “The irony is that I contributed to the law that made stalking criminal,” she says. “But even today, that law, because of conversations in Parliament, is bailable at the first offence, which means that the magistrate’s hands are tied. So we are looking at an amendment to that law—it’s been drafted but nothing has been done yet.”

Spies and stalkers—has she been scared yet? “In litigation? Never,” she says. “Personally speaking, in this time of impunity, every citizen who doesn’t adhere to Hindutvadi male supremacy construct should hold the government accountable for their security.”

Nundy, who started out with a degree in economics from St Stephen’s College, Delhi University, went on to study law at Cambridge University in the UK and Columbia University in New York. Now a lawyer at the Supreme Court, she works on constitutional law, commercial litigation and arbitration, media law and legal policy. She is best known for her work in human rights, contributing to India’s anti-rape bill, which followed the infamous Delhi gangrape case of 2012. A Delhi court issued fresh death warrants for all four convicts in the case in February, sentenced to be hung on March 3.

Nundy, however, used to believe in the death penalty but has changed her mind for a number of reasons. “One is that we frequently get it wrong,” she says. “It’s also very selective—the people who get sentenced to death are often disproportionately poor or from marginalised communities. Most countries are going away from the death penalty, but ours introduced it in a bigger way in 2013. Since then, have we seen that rapes have gone down? No, they’ve only increased. Those who believe it’s a deterrent should not, because it is not. There’s evidence to show that, in fact, death penalty hardens societies and leads to greater, more violent crimes.”

The 43-year-old is also a global advocate for free speech, and was in July appointed to a UK panel to support media freedom across the world, led by international legal stars Lord David Neuberger and Amal Clooney. She also serves on the Columbia University’s Global Freedom of Expression expert panel.

What got her interested in human rights? “I don’t think you can be from a country like India, with not just so many disparities, but so many continuing violations of human rights, and not be engaged with it, in whichever capacity,” she says. “Being a woman is not a fixed condition—you could be someone who wishes to work and flourish, someone who may have children, who menstruates sometimes (because transwomen may not). None of this is taken into account because governance is mainly by and for straight, savarna [privileged caste Hindus], able-bodied men.”

“ We need to look at who people actually are and what they need when we are making legislations for them.”

When we make our laws, she explains, we need to step away from our ideas of the default man, but also the default woman, because the default woman is able-bodied. “We need to look at who people actually are and what they need when we are making legislations for them,” she adds. “Giving testimony before a police station, for instance—it’s much easier for a man. It’s harder for a man who is a daily wage labourer; harder for a woman who can’t leave her household chores and kids. She has to factor in the distance to the police station, if the journey is safe, and whether the police station itself is safe. If the woman is disabled, that’s a different challenge. In such a situation, police should come to you.”

When people ask her how she finds the motivation to continue to fight for, say, victims of the Bhopal Gas Tragedy when so many others have given up, the answer is simple. “I don’t have a choice to not. Because when there is such a level of injustice, you have to find the resources within yourself and externally,” she says, “to pursue the hope that people who are affected by those tragedies have. It’s amazing to me how women like Rashida Bi and Champadevi Shukla keep fighting. Rashida Bi lost eight members of her family to cancer—the cause has now been written down as cancer, and not as the tragedy.”

Nundy is also actively involved in helping companies with their prevention of sexual harassment (POSH) policies, and their equality policies, which aim to ensure that “women’s bandwidth at work opens up because then they no longer have to worry about either harassment or discrimination. The best person for the job is promoted and recruited,” she says. She has worked with companies such as Penguin Random House and ITC Vivel, and created education modules that train college students in their rights.

“The past year has been very inspiring in the way that citizens have reclaimed the Constitution and its basic values,” Nundy says. “We train people in very concrete ways on what people’s rights are in their individual relationships but also in how they approach the state. Citizens who know their rights can cause a tidal wave to rise, and force the state to serve its citizens. I would like the work I do in the future to bring more of that duty into our country, through the courts, primarily, and also through engagement with the public. I see that very much as part of my job.”

Sometimes, that’s all it takes to spark a revolution.