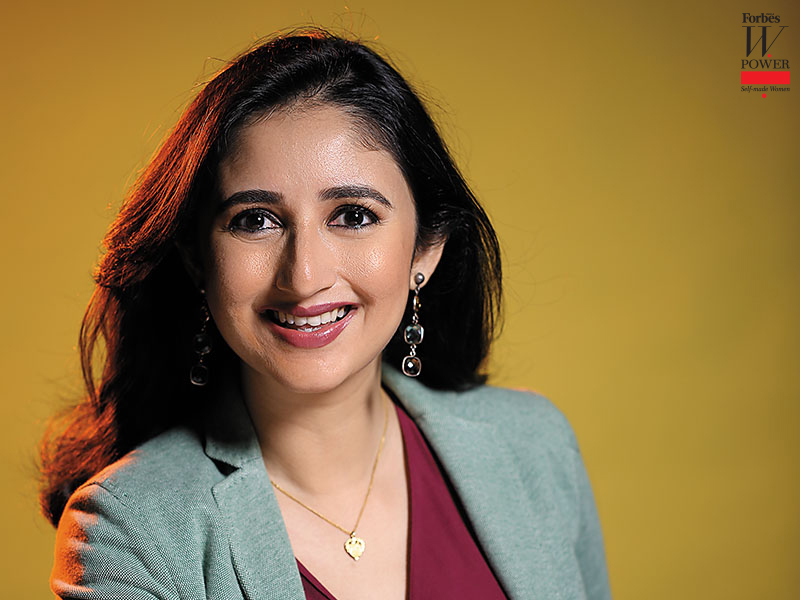 You would rarely hear a macro-economist with a winning CV speak about serendipity. But that is how HSBC Securities’ chief India economist Pranjul Bhandari describes key phases in her life. “I always think of my life as a series of serendipitous encounters,” she says.

Right from getting a chance to work with former RBI governor and IMF chief economist Raghuram Rajan to her latest job at HSBC, none were planned. One happenstance was when Bhandari was working at Niti Aayog (then Planning Commission) in 2010 under its then deputy chairman Montek Singh Ahluwalia. Rajan was then economic advisor (based out of Chicago) to former Prime Minister Manmohan Singh and came to India scouting for talented economists who could be his eyes and ears on the ground.

Bhandari, 37, was walking down the corridor when Ahluwalia noticed her and told Rajan: “Pranjul will help you.” “That [working with Rajan] was my top experience in life,” Bhandari says. Around 2012, she joined the Ministry of Finance from the Planning Commission. She had previously worked at Goldman Sachs in Hong Kong as its Asia-Pacific economist during the 2008 global slowdown and with the British government in London, at the Department for International Development (DFID).

The Ovarian Lottery
Bhandari was born into a family of entrepreneurial parents, which she calls “winning the ovarian lottery” (a term used by Warren Buffet to describe several advantages one gets in life, such as a nationality, health, natural ability or wealth, which are determined by chance).

Bhandari realised her calling when she studied macro-economics at St Stephen’s College, Delhi, in 2000. Despite economic reforms, India was still a socialist, left-of-centre economy where ruling governments were keen on redistributing wealth, and Bhandari felt she could play a greater role as a macro-economist. “There was a clear vacuum in macro-economics and I wanted to be in that space,” she says.

Keen to engage in public policy, she went on to do her masters in economics at University of Cambridge, when most of her friends and peers were joining multinational banks. In 2005, at 23, she got her first job as an assistant economist with the British government at DFID to map how funding was made and where it was required.

Bhandari landed her second international posting at Goldman Sachs in Hong Kong, but the 2008 financial crisis hit the world just one year into her job. It was during this period, when the global economy appeared gloomy, that her career began to look up. “I remember one of our analysts’ daily morning calls. Because of the slowdown, most colleagues presented ‘sell’ ideas in equity or debt, but I had a ‘buy’ idea in a foreign currency, which I thought would not get hurt in the slowdown. Some in the room started to snigger.” About 48 hours later, Bhandari had the last laugh: It was the most talked-about trading call, as that currency had appreciated to the dollar.

Economics, according to Bhandari, can be extremely creative. “You just need to attempt to use different methodologies or tools towards research. I see my role more as a detective, researching to unearth what is lost in plain sight.”

Bhandari has debunked two well-accepted theories through her studies done at HSBC. In one, her research showed that the combination of higher wages (on the back of rising economic growth potential) and the convenience of buying online can increase India’s consumption demand over the next decade. With the rise of online purchases, ecommerce could create 20 million gross jobs across logistics and delivery (70 percent), and customer care, IT and management (the other 30 percent). This came at a time when India feared that the rise of ecommerce would result in more job losses.

In another study, she has noted that water reservoir levels, and not monsoon rains, have a higher correlation with agricultural production and food inflation. For years, it has always been believed that monsoon levels would determine agricultural produce. Using reservoir data not only captures contemporaneous rains but also accounts for carry-over stock from previous rains, especially non-seasonal ones, her study showed. This was based on a 12-year-long daily data set of water stored in 90 of India’s reservoirs.

Another interesting project related to what Rajan directed her to work on in 2012 was to evaluate how public policy can unshackle the small and medium enterprises (SMEs) in India. SMEs continue to struggle due to a lack of access to finance at a price they can afford.

Beyond The Economist
But there is more to Bhandari than economics. This former drummer at St Stephens (the band she played for was called Rich Rich and the Money Makers) has studied Hindustani classical music from Girija Devi and is also a painter. Now, she plays supermom to twin girls aged two. Her husband Varad Pandey, also an economist, now works as an investment partner with philanthropic investment firm Omidyar.

“ Pranjul understands how big money moves globally and  how difficult it is to make small money reach the poor.”

Rohit Lamba, an assistant professor of economics at Pennsylvania State University, talks about Pranjul as one who “understands how big money moves globally and at the same time how difficult it is to make small money reach the poor”. Lamba, who was part of Rajan’s team working with Bhandari, speaks about one of her weekly memos. “Here is an example of what she wrote in January 2020: Think of India’s economic growth like a camel trudging across a desert, carrying the weight of the balance sheet problem on its back while battling a sand storm of global uncertainties. The growth drags that piled up in 2019 were the straw that finally broke its back.”

Bhandari wants millennials who wish to enter the financial world to remember that a work-life balance doesn’t always exist. “People excel when pushed to their boundaries. If you want to excel, keep at it. ” She also wants them to be more patient if times are tough.