If you think you know it all, you stop growing: Mahesh Babu

The actor on the secret of his longevity, adapting to new technologies, love for Telugu cinema, his Bollywood foray, and why he's indebted to his fans 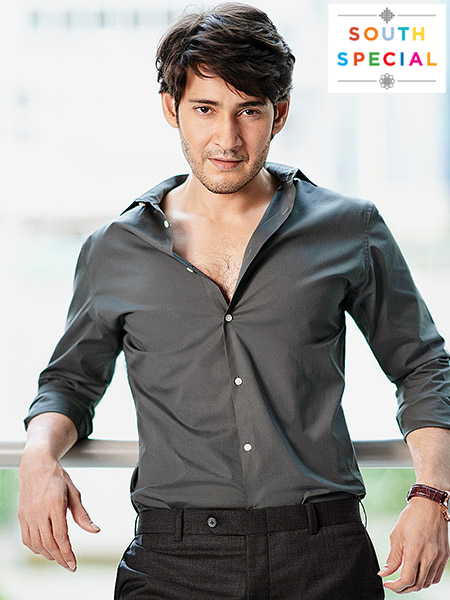 ahesh Babu is currently immersed in the shooting of Sarkaru Vaari Paata from early morning to late night. Such is his focus on his latest movie that he has kept many commitments on hold.

His pan-India popularity has meant that he has been inundated with multiple offers from Bollywood for years. Though the 46-year-old is not averse to the idea of working in the Hindi film industry, he has maintained that Telugu cinema is his priority. He takes his role and responsibility so seriously that he once even apologised to his fans publicly for the failure of his films.

Babu concedes that the pressure that comes with his profession can be nerve-wracking. In fact, the actor took a three-year break at the peak of his career in 2007 because he found it hard to handle it. His movie Athidhi had flopped the year after he had delivered a blockbuster hit with Pokiri. In such times, it’s his family—wife Namrata Shirodkar, also an actor, and children Gautam and Sitara—who help him stay sane. The lockdowns gave the actor ample quality time with his ‘lifeline’. In an Instagram post in 2020, Shirodkar had shared a video of Babu and his daughter enjoying a ‘little teddy concert’ at home and wrote: ‘Only she can bring out the child in him.’

In an email interview with Forbes India, the actor, who has 22 brand endorsements in his kitty, speaks about his journey, adapting to the changing times, the impact of OTTs, future of theatres and what makes him happiest. Edited excerpts:

Q. You’ve been an actor for over two decades. What is the secret of your longevity?
The secret of my longevity is the unconditional love of my fans for which I am extremely grateful.

Q. How have you adapted to the changing times?
In my profession, there is constant growth… if you think you know it all, you stop growing. Adapting to new technologies and new ideas is what will keep one ahead of his time, and that’s how I like to be.

Q. Are you an instinctive actor or someone who delves a lot into a character?
I’d like to believe that I’m a director’s actor.

Q. Why have you restricted yourself to films in the South? What makes cinema down South—whether it’s in Tamil, Telugu or Malayalam—so appealing?
I was born into the South industry, and I’m extremely happy and successful here. And I would change nothing about it.

I think all films—whether they are made in the North or South—are made with their own sensibilities, keeping in mind the many cultures that we are a part of. I think there is no real divide.

Q. There have been talks about your foray into the Hindi film industry for years, but nothing has transpired yet…
I have always wanted to do the right film at the right time, if it was a Hindi film. And I think the time is now… my next is with SS Rajamouli sir [director of Baahubali] and that will be in all languages.

Q. Several movies from the South are being remade in Hindi. What do you make of the trend? Does cinema transcend barriers of language?
I personally think that a good film will generate interest and could possibly be remade. It could be in any language.

Today, with all OTT platforms in place, there are no barriers of any sort. You can see a film of any language, in any language of your choice, and enjoy it as much, so everything and everyone is more accessible and approachable.

Q. Has the proliferation of OTTs made it a level playing field for actors?
Definitely.

Q. Is the pandemic proving to be a threat to theatres, especially single screens? Will they survive in the long run?
You can’t imagine a world without a theatre… most films are enjoyed on the big screen as opposed to on your mobile. My films specifically are catered for the big screen. Theatres are definitely here to stay.

Q. The pandemic also put the brakes on the fast life that actors lead. What was your biggest learning in this phase?
In this pandemic, I’ve learnt to appreciate the smaller things in life which on a normal day wouldn’t really matter. I spent some good quality time with my family, and on a lighter note, learnt how to swim as well.

Q. You helped vaccinate an entire village recently. How much of a social role should actors play?
Well, I do things that I want to or feel I should do. I don’t have a plan or an agenda. If it’s in my capacity to help, I will, and I have. I think here it was important to make people aware about the importance of getting vaccinated. And I thought the best way would be to start with the villages I stand for.

Q. What is the best part about the stardom that you enjoy? When you started acting as a child, did you ever imagine that you would be the recipient of so much love?
The love that I receive time and again from my fans keeps me going and drives me to work harder. I knew I wanted to act right from the beginning. My success is purely because of the unconditional love showered on me by them and I am who I am because of my fans.

Q. What are some of your upcoming projects?
I’m currently working on Sarkaru Vaari Paata. It is scheduled for a Sankranti release in January 2022.

Q. How is Mahesh Babu, the family man? What does he do when he’s not shooting for films?
I’m always at home watching movies or chilling with my kids, my wife and my dogs when I am not working. I’m not a very outgoing person, so this is my happiest space.