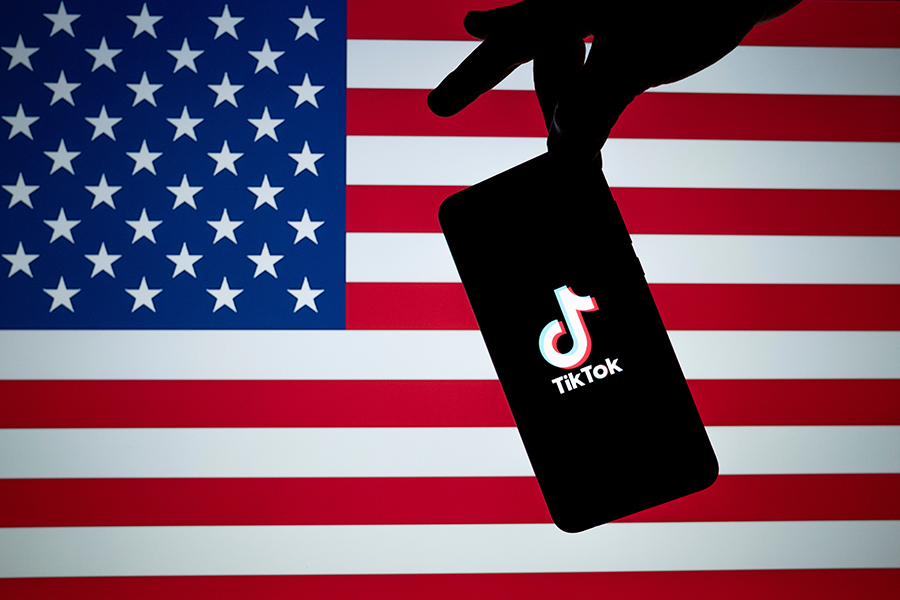 TikTok, owned by China’s ByteDance and banned in India recently for reasons of national security, now faces a bigger battle. Transactions with ByteDance have been barred in TikTok’s most important market, the United States, by President Donald Trump via an executive order Thursday. Trump also banned transactions with China’s Tencent, which owns the messaging app WeChat, in another order. The US president cited national security as the reason, and the ban—while its exact specifics aren’t clear—is to take effect in 45 days.

The ban ratchets up pressure on ByteDance to conclude a deal with Microsoft, which is in talks to buy TikTok. Microsoft CEO Satya Nadella has spoken to Trump about the deal, the company confirmed in a statement on its website, and expects to conclude discussions with ByteDance no later than September 15. The US ban on the two Chinese companies comes even as the American lawmakers are investigating the country’s biggest tech companies Google, Amazon, Facebook and Apple for the power they wield over the internet economy, and if they have abused that power. In that backdrop, TikTok’s US-based CEO Kevin Mayer, a former Disney executive, has called on all social media companies to embrace greater transparency and work with regulators. “With our success comes responsibility and accountability. The entire industry has received scrutiny, and rightly so. Yet, we have received even more scrutiny due to the company’s Chinese origins,” Mayer said in a blog post on July 29. “We accept this and embrace the challenge of giving peace of mind through greater transparency and accountability. We believe it is essential to show users, advertisers, creators, and regulators that we are responsible and committed members of the American community that follows US laws.” “Even more, we believe our entire industry should be held to an exceptionally high standard. That’s why we believe all companies should disclose their algorithms, moderation policies, and data flows to regulators,” Mayer continued in the blog. “We will not wait for regulation to come, but instead TikTok has taken the first step by launching a Transparency and Accountability Center for moderation and data practices.” Experts can observe TikTok’s moderation policies in real-time, as well as examine the actual code that make its algorithms work, he said. “This puts us a step ahead of the industry, and we encourage others to follow suit.” Meanwhile, Microsoft could bring the entire source code of TikTok to the US from China, if it successfully concludes the acquisition of TikTok, CNBC reported. “Microsoft’s interest in acquiring TikTok can be summed up in two words—access and advertising,” Manjunath Bhat, senior director analyst at Gartner Inc., told Forbes India in an email. “TikTok provides Microsoft with access to a new demographic, ‘Gen Z’ and beyond that it otherwise has increasingly less influence over. In addition, the network effects of TikTok makes it lucrative from an advertising standpoint.” Reports in CNBC suggest that Microsoft could spend anything between $10 billion and $30 billion on TikTok’s acquisition.  TikTok’s ownership in the US and Canada will give Microsoft control over an established platform economy with proven network effects. The synergies may not be immediately apparent. However, TikTok becomes a medium to reach a customer for other Microsoft offerings such as Surface devices especially, Bhat said. Surface Pro is positioned as a device for professionals engaged in creative work. “Also, let’s not forget Microsoft launching Surface Duo running Android which gives it control over the endpoint, the apps and the developer tools.” Microsoft can ride the wave of the digital experience economy. Users crave to create and share unique experiences with their communities and TikTok provides a readily available customer base that Microsoft can tap into. Microsoft’s cloud infrastructure comes in handy as they can have control over the security and privacy aspects of user data stored in Azure, Bhat said.   On the other hand, it’s not clear what TikTok will gain from being acquired by Microsoft, other than its survival in a new, all-American avatar. Microsoft’s ownership will give it control over TikTok’s operations in America, Canada, Australia and New Zealand. Bhat added: “It is safe to say that digital is the new soft power.” What is clear is that the US ban on TikTok has been in the works for some time, and that Mayer anticipated it, and strove to prevent it: “TikTok has become the latest target, but we are not the enemy,” he had said in his July 29 blog post.​