Everyone in IBM understands their part in a cognitive future: Harriet Green

Harriet Green, vice president and general manager (Internet of Things, commerce and education), at the American technology giant talks about how it is transforming, yet again, to adapt to growth areas 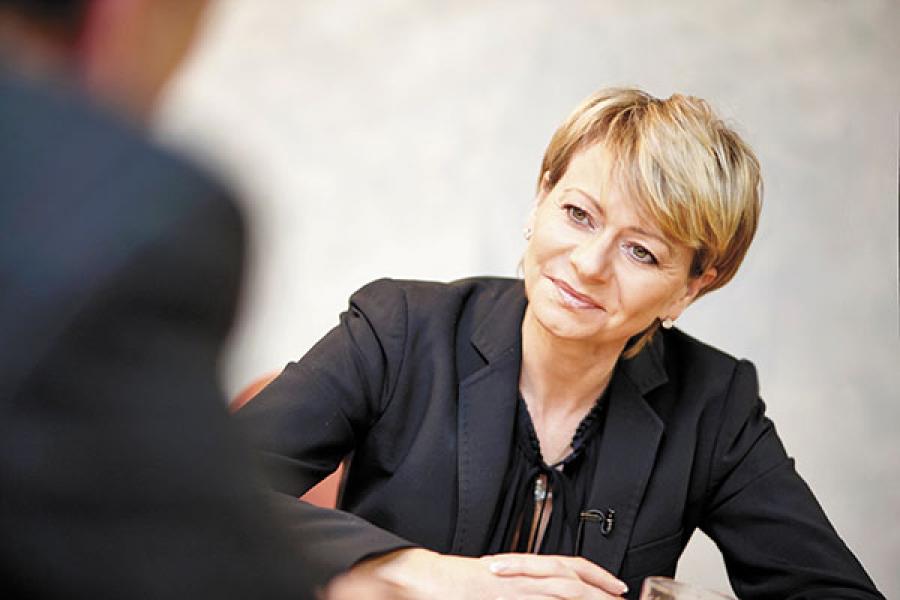 Last September, global technology major IBM appointed Harriet Green, former CEO of British travel company Thomas Cook Group, to lead its new business unit, Internet of Things (IoT). For the company based in Armonk, New York, the current focus is on high-margin businesses as it gradually shifts gear to new growth areas of technology (cloud, big data, analytics, mobile, etc) from its consulting and traditional hardware business. In an exclusive interview with Forbes India in Tampa, Florida, Green says cognitive computing is the way forward and that it is more than just an artificial intelligence (AI) platform. Edited excerpts:

Q. How has your experience at IBM been so far?
I had finished a big transformation at Thomas Cook where I was able to raise its market capital significantly, after which I was thinking about the next step. I’m not someone you would employ in a steady state environment. I’m good in high growth, doing big stuff, moving a lot of rocks to get things done. I was looking at companies in India and China. And I have been a client of IBM for a long time.
I love technology, and the amount of change that is underway in IBM, and how well it is being done. Because we [IBM] changed once—from machines to PCs and software services—we are doing it again, around cognition: IBM’s cognitive computing platform, called Watson, has the ability to learn, to reason, to correlate the patterns and communicate them in a natural language. As a transformer, as a salesperson, as a marketer, it’s wonderful to have what no one else has. And there isn’t another cognitive computing platform out there because Watson is more than just AI. Fusing that into the new business is a big part of what we are doing. 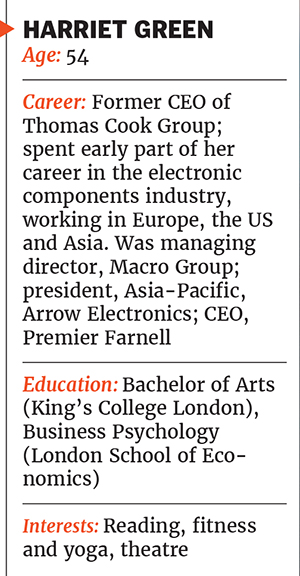 Q. Cognitive computing is changing the way data is consumed, especially in sectors such as retail, education, health care and science. How is IBM looking at the whole spectrum of cognitive computing?
If you think about major convergences on the path to digital, the amount of data that has been generated in the world in the past two years is more than the data we have amassed in the entire history of the human race. So we are generating data at a phenomenal rate and the issue is that much of it is “unstructured data”. Computer programs can’t just go in, code it or reorganise it and make sense of it.

One aspect of Watson is that the more [data] you give it on a subject, the more it learns. Let’s take oncology. We taught everything that’s been written about it to Watson. Now, Watson is going out in the wards with cancer doctors to learn more and give information. And the more information it receives, the more specialised it becomes. It is a hugely important differentiator for IBM.

Q. How is Watson impacting client decision-making?
What Watson is to IBM is what search may have been to other companies. Let’s give you a couple of examples. For North Face [an American outdoor product company], we helped launch totally new interactive online shopping experiences entirely powered by Watson.

Q. IBM has recently teamed up with play school educator Sesame Street to design pre-school learning modules, making it more interactive and customised.
Not just IBM’s research but researches all over the world have identified that neural behaviours, patterns and sign movements in brains between 0 and 6 years of age are a million times more responsive, and are supposed to be developed so that we can mobilise the brain. If we miss that period, it’s very hard, but not impossible, to get the brain to be as receptive and learn. After 6 years, the synapses slow down, and neuro processing takes a different form. Sesame has more than 45 years of experience in using entertainment in pre-school learning and making that fun and powerful for the children not just in America but also around the world. We announced our partnership recently and it could take many different forms. It could be an interactive cognitive tutor or an assistant in schools.

Q. Do you have plans to take this collaboration outside the US, maybe to China, India and other countries?
Definitely. We simply started in North America because Sesame and IBM are headquartered here. There is a great need in North America for improved education, but this is very much a global initiative.

Q. How do you plan to build on IBM’s cognitive business capabilities?
I think it’s wonderful having differentiation that others do not have, and being part of a transformation that is so intense, that is changing IBM yet again, not once, not twice, not three times, but four times.
For me, I have done strategic transformations many times before and the difference between success and failure, in my humble experience, is whether everyone understands their part in the transformation. Everyone in IBM understands their part in a cognitive future.

(The writer travelled to Tampa, Florida, at the invitation of IBM)