The beverage company's new sub-brand will take on Kingfisher and Carlsberg with competitive pricing and distribution, reaching across tier-II, tier-III towns and beyond 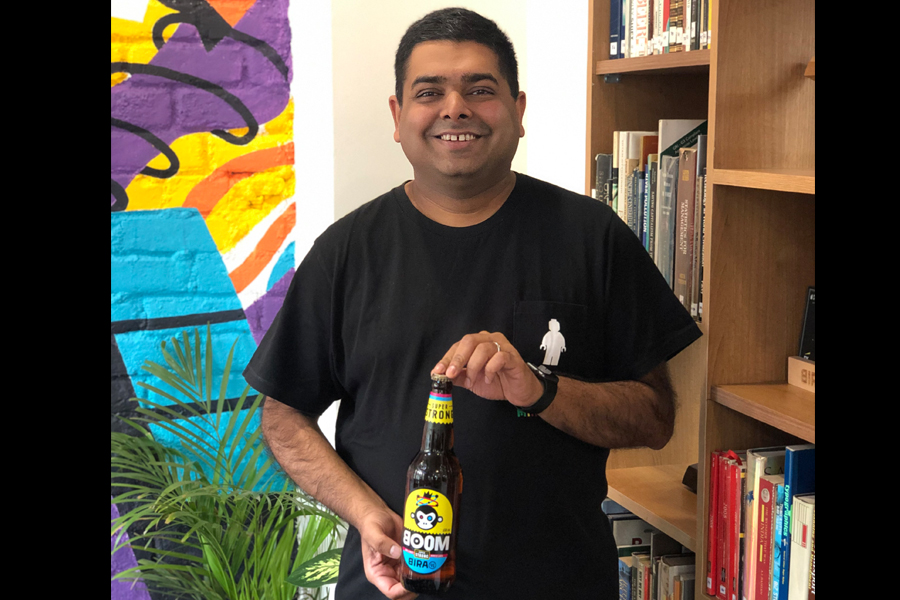 Ankur Jain, founder and chief executive officer of B9 Beverages
After disrupting the premium beer market, B9 Beverages—the maker of India’s first bottled craft beer Bira 91—is entering the mass market with its sub-brand, Boom. Two variants of Boom are likely to be competitively priced in the range of Rs 130 to Rs 185 for 650 ml. The extra-strong offering pitches it directly against the likes of Kingfisher, Anheuser-Busch InBev and Carlsberg, companies that have dominated the strong beer segment, which is pegged at 80% of the overall market in the country.

“Boom is our first mass-market brand, and the biggest product launch for us in two years,” says Ankur Jain, founder and chief executive officer of B9 Beverages. “It will compete against Kingfisher Strong and Tuborg Strong,” he says, adding that the move is driven less by competition and more by the realisation that consumers across markets and segments are looking for different flavours.

Though the trigger for Boom is to ostensibly bring flavoured beer to the masses, the plan is to expand the reach of the company, which has been playing in the premium segment in India, just 10 percent of the beer market. Boom, Jain lets on, will expand the consumer base and cover the remaining 90 percent of the market. The launch of Boom also stems from the need to cater to a large segment of a population in tier-II cities and beyond, who are not comfortable paying Rs 100 for a 330 ml bottle, an entry price point for Bira 91.

Marketing experts reckon that an entry into the mass market seems logical for a company that has been growing at a staggering pace. From ₹32 crore revenue in fiscal 2017, B9 Beverages surged over five times to ₹165 crore a year later.

The changing dynamics of the beer market also makes it imperative for Bira to diversify. “There is a stampede to enter into the craft beer space,” reckons Harish Bijoor, founder of an eponymous branding consultancy firm. While the newbies want to play niche, the biggies from the space of strong and old beer brands want to taste premiums here as well. “This is going to be Bira’s real test,” says Bijoor. “The game for Bira begins now as it enters the real market. Boom can try this game for sure. However, beating a Kingfisher Strong is not going to be an overnight feat, and will need staying power backed by distribution.”

Founded in 2015, the Sequoia-backed B9 Beverages raised $50 million in May last year, taking its overall funding to over $100 million. The third round of investment, led by Belgian investment firm Sofina, which counts Flipkart, Byju's and Practo among its investments, valued the beer startup at around $210 million. With the global craft beer market projected to reach over $500 billion by 2025, the homegrown beer brand has been beefing up its overseas presence over the past two years.

“Heady days are ahead, and it looks like a promising summer,” says Jain.

Tweets by @forbes_india
Cashing in on the dead: 13 top-earning dead celebrities
Grand time and swanky sneakers