How Jignesh Shah lost the plot & his empire

FTIL exits MCX completely, Shah is free and has time to reflect on the path ahead 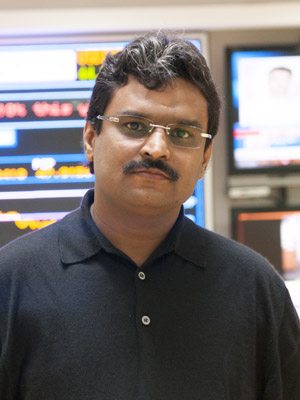 Jignesh Shah could well have been India’s most mercurial financial market entrepreneur. Well-read and ambitious, he thought fast and thought global, setting up eight exchanges in the commodities and stock markets space in the past decade. However, in the space of just over the past year, Shah–who is now out on bail and faces a trial at court-appears to be in danger of losing control over his empire.

Shah’s holding company, Financial Technologies (India) Ltd (FTIL)– which owned stakes in some of these exchanges-last week completely exited from MCX, a multi-commodity exchange which it had originally promoted. FTIL held a 26 percent stake in MCX just over a year earlier.

India’s commodity markets regulator, the Forward Markets Commission (FMC), triggered the move by declaring Shah and FTIL “not fit and proper” to run a regulated exchange like MCX, after one of Shah’s exchanges, the National Spot Exchange Limited (NSEL) defaulted in trade settlements in August last year.

The NSEL scam is one of the largest in India’s financial market history. Over 13,000 investors have been duped of a whopping Rs 5,689.95 crore as a result of which they have taken NSEL and Shah to court to claim their dues.

There were several irregularities spotted by the FMC after independent audits. In some cases, settlement of contracts was done well beyond the permitted 11 days. The regulator also found that there was short-selling in some of these contracts, where sellers entered into contracts without owning an underlying commodity. The contracts always registered a profit on long-term positions.

As in some financial market scams, investors entered into these contracts through registered brokers, lured by expectations of capital growth.

How much did Shah know about this and what could he have done? His closest friends and business associates told Forbes India that while he expanded operations to Southeast Asia, the Middle East and Africa, he began losing the plot. Shah had spent years battling with regulator Securities and Exchange Board of India (Sebi) to acquire a stock licence for his newest exchange, MCX-SX. He won that mandate, but probably did not bother to monitor what was unfolding at NSEL.

The imbroglio also revealed more about Shah’s personality. Some friends and associates, seen as part of Shah’s “inner circle”, revealed that he could have actually walked out of the mess with his head held high. There were at least two possible corporate suitors, who were in talks for a potential bailout of FTIL, if Shah had agreed to move out. But ego and the need for control perhaps prevented him from going ahead with the deal.

One year on, India’s commodity markets-already plagued by transaction taxes–are not in great shape. Besides NSEL, two other exchanges, Universal Commodity Exchange, and ICEX, have shut down, raising fresh questions over lack of regulation.

Also, unlike most previous cases, several investors who lost money in the NSEL scam were well-off. As an investment consultant told us he had “no sympathy” for investors who–keen on making quick bucks and higher returns-lost money. They did not do their due diligence.

Shah has several tough months ahead, in court and outside, as he seeks to identify newer business avenues.

Read our full cover story on The rise and fall of Jignesh Shah in the issue dated September 5, 2014 out on stands or online at www.forbesindia.com. It highlights the reasons that resulted in Shah’s ignominious downfall and explains what the future holds for each of his companies.