India is at the cusp of the FMCG S-curve: CII-Bain & Co report 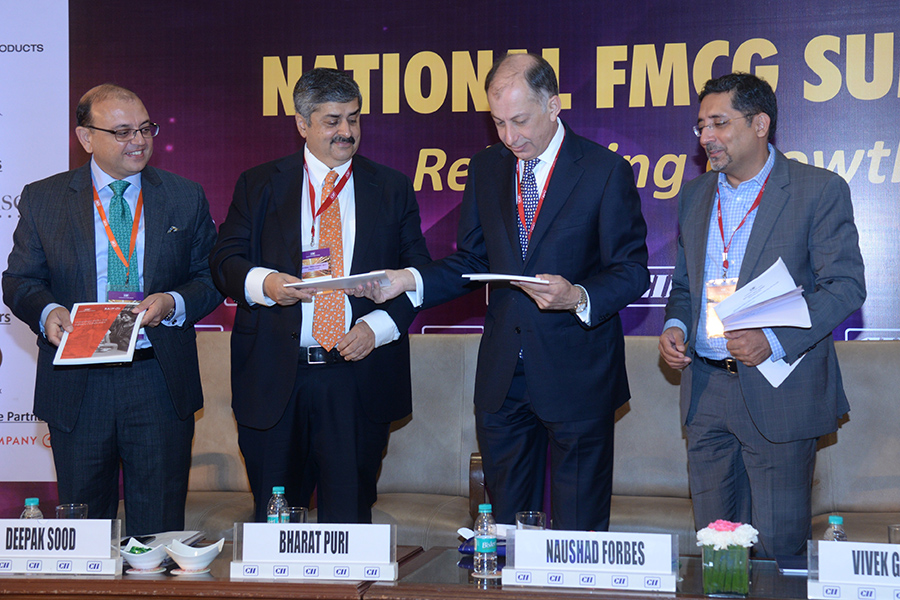 Only one in seven brands in the FMCG sector in India was a winner in 2016. This number is down from one in five in 2015. And while the market leaders in 19 out of 22 categories maintained their leadership position during 2014 to 2016, about 50 percent lost share.

These findings are a part of a study conducted by consulting firm Bain & Company in partnership with Kantar Worldpanel, which offers insights from consumer panels. The study observed the shopping habits of over 81,000 urban and rural Indian households across 22 categories in food, beverages and home and personal care, and analysed the performance of over 200 brands.

The study notes that only 40 percent of the winners from last year were winners this year, thereby indicating that winning in FMCG keeps getting harder. These winning brands exist in varied categories—from fragmented to consolidated, local to foreign dominated, and high to low growth. Like most other markets – China, Indonesia, US and UK, brand winners in India also witness a high consumer churn, but “are able to win by constantly driving penetration. This increase in penetration also spurs higher frequency of purchases, increasing the likelihood of a brand becoming part of a consumer’s repertoire set,” says Mahima Chugh, principal, Bain and Company, and the co-author of the report. She adds that there are a few smaller brands snapping at the heels of current leaders, aggressively growing volumes through penetration gains.

So what exactly makes for a winning brand? The report states that winning brands launch fewer, more successful new products and simplify the rest of the product portfolio while maintaining or improving share of shelf. The winning brands also rely on consumer insights, break penetration barriers and launch products that reach a larger number of shoppers. And this, notes the report, is not a one-time activity, but requires continuous investment, especially as the industry becomes more competitive.

Meanwhile, Bain & Company also released a report on Wednesday in association with Confederation of Indian Industries (CII) titled Winning with the Indian Consumer, at CII National FMCG Summit. The report states that the FMCG industry has the potential to grow upwards of 15 percent over the next two-three years if companies show ‘focussed intent and action’.

It adds that India is at the cusp of the FMCG S-curve, and there is significant room to grow over the next five to ten years.  A nominal GDP growth rate of roughly 12 percent over the next three years could signal an FMCG growth rate ranging from a low of 9 percent to a high of 17 percent, depending on player action. The industry is witnessing green shoots after facing a slowdown for three years, with growth rate accelerating in 2016. The growth has been broad-based, with 18 out of 22 categories recording an uptick, and driven by the rural markets. In these 22 categories, volume growth was driven by penetration gains. Even highly penetrated categories, such as toothpaste and hair oil (with over 95 percent penetration) recorded material penetration gains.

“The report highlights three core brand assets for successful companies – creating memorable brands, ensuring shopper visibility and range productivity,” says Nikhil Prasad Ojha, partner, Bain and Company and the co-author of the report. He adds that FMCG companies can learn a lot from Insurgents like Nykaa and Hector Beverages on how to uncover new growth opportunities and disrupt traditional models by leveraging technology.

Saugata Gupta, CEO and managing director at Marico Ltd, said at one of the panel discussions at the CII National FMCG Summit, that “what has got us here till now, will not take us further.” He stressed on the need for innovation, and adds that most of the innovation in recent times came from players outside the industry, i.e. the new entrants.