Infosys on the horns of a growth versus margins dilemma 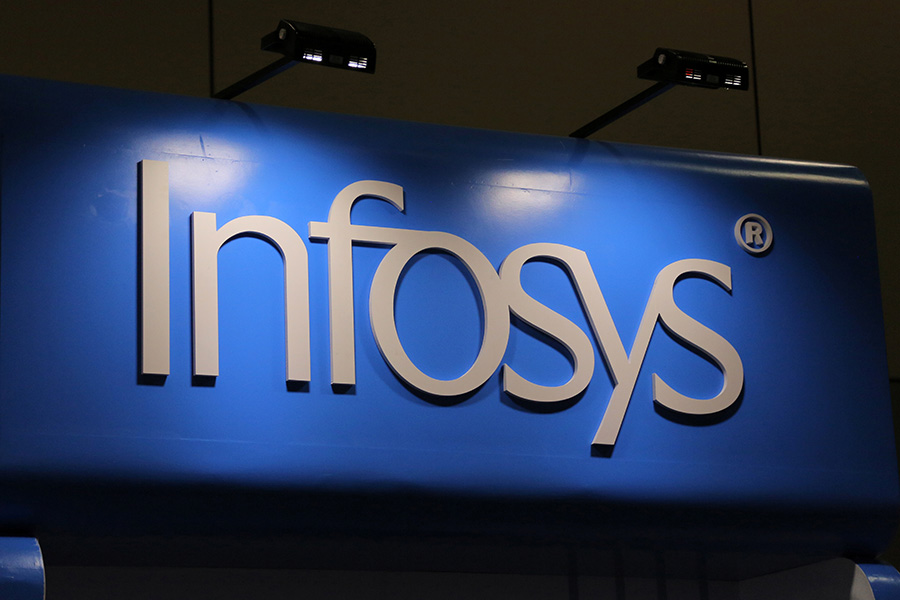 
Infosys prided itself on its margins. It led the Indian IT industry on this parameter, and was long seen as the sector’s bellwether. Then cloud computing happened, sounding the death knell for the traditional IT outsourcing ways, which still contribute two-thirds of the Indian IT companies’ revenues. Infosys shares crashed on October 22, after whistleblowers’ letters to the company’s board became public the previous day, alleging less-than-transparent dealings in large contracts by CEO Salil Parekh and CFO Nilanjan Roy. Markets in Mumbai were shut on October 21, but Infosys ADRs fell 12 percent to $9.29 at close of trading on the New York Stock Exchange overnight.

On Tuesday, Infosys shares fell as much as 16 percent in early Mumbai trading, to Rs 645. This was triggered by news that a group of alleged staff, calling itself ‘Ethical Employees’, had written to the board of Infosys and to US markets regulator SEC’s Office of the Whistleblower about alleged “unethical practices by the CEO” while the CFO looked on. The whistleblowers alleged that the CEO had paid scant regard to due process and flouted accounting rules to land large contracts from multinational corporations including Verizon, Intel, ABN AMRO and in striking joint ventures in Japan. The CEO had directed subordinates to make false assumptions to demonstrate margins in such deals, whereas “several billion dollar deals of last few quarters have nil margin,” they alleged. “We will have to see what substance there is to these whistleblower allegations. We should be reminded that accounting for large transactions such as referenced in the allegations are complex and can have several legitimate interpretations,” Peter Bendor-Samuel, founder of Everest Group, a consultancy in the US that advices corporations on strategy, told Forbes India in an email. Bendor-Samuel added, “For example they may have moved to completion accounting, which demands very different treatment than traditional accounting. This may have been the cause of the complaint and if so, I can understand the concern, but there could be a good explanation. On the other hand, large deals do present an attractive opportunity to hide cost below the line.” Completion accounting refers to recognising revenue and expenses of a long-term contract as a percentage of the total for a given period. That these allegations have surfaced on the watch of Infosys co-founder Nandan Nilekani is additionally disappointing, Harit Shah, information technology analyst at Mumbai brokerage Reliance Securities told Forbes India on October 21. Nilekani himself had returned to Infosys as non-executive chairman in 2017 after the then-CEO Vishal Sikka resigned following a year-long battle over allegations of corporate governance lapses brought by founder NR Narayana Murthy against Sikka. Murthy himself had brought in Sikka in 2014 to help turn around Infosys, which had stagnated and lagged peers at the time. A search team, led by Nilekani, eventually named Salil Parekh, a former Capgemini executive, as Infosys’s new CEO in January 2018. Parekh’s appointment seemed to have been working. For instance, on October 11, when the company reported its fiscal second-quarter earnings results, it was the fourth consecutive quarter of double-digit revenue growth. Parekh also reported that Infosys had signed large contracts with a record total contract value of $2.85 billion during the September quarter, which was 75 percent higher than the year-earlier period. Attrition, or staff churn, was down, and margin at the end of the quarter had improved 120 basis points, CFO Nilanjan Roy told investors and analysts in a conference. Infosys’s performance was additionally surprising after larger rival Tata Consultancy Services reported fiscal second-quarter earnings results that disappointed the street on October 10. Now, all of that has been thrown into question. The whistleblowers allege, for instance that they were instructed to not fully recognise visa costs to boost the bottomline. In another instance they allege that a $50 million reversal hasn’t been taken into account in a contract. According to Bendor-Samuel, the issue that Infosys faces is that the new digital marketplace will not support the same profit margins as the traditional outsourcing business, which still accounts for the biggest share of revenue of the Indian IT sector—about 62 percent of overall revenue, in the case of Infosys. “Hence, Infy is on the horns of a dilemma. If they are going to succeed in the new digital/cloud market they must lower their margins. However, their stock is closely tied to keeping margins high. It is this dilemma which makes the charges worth looking closely at,” he said. The large total contract value signed up in the fiscal second quarter, also, became less impressive after it came out that the majority of those deals were renewals of existing contracts. And signing up of new contracts was less than impressive. Experts like Bendor-Samuel now await the results of an impartial investigation. In a statement on October 21, Infosys said the allegations have been placed before its audit committee and will be dealt with in accordance with the company’s whistleblower rules. If there have been loose accounting practices, this will be a significant setback to Infosys as it will lose what has been a very capable senior leadership team—and put the firm back into turmoil, Bendor-Samuel said. He added: “The business itself is sound but without strong leadership, the firm will flounder.”

Tweets by @forbes_india
Get so much love but no private time: Rajkummar Rao
Infosys hires law firm, begins investigation into allegations