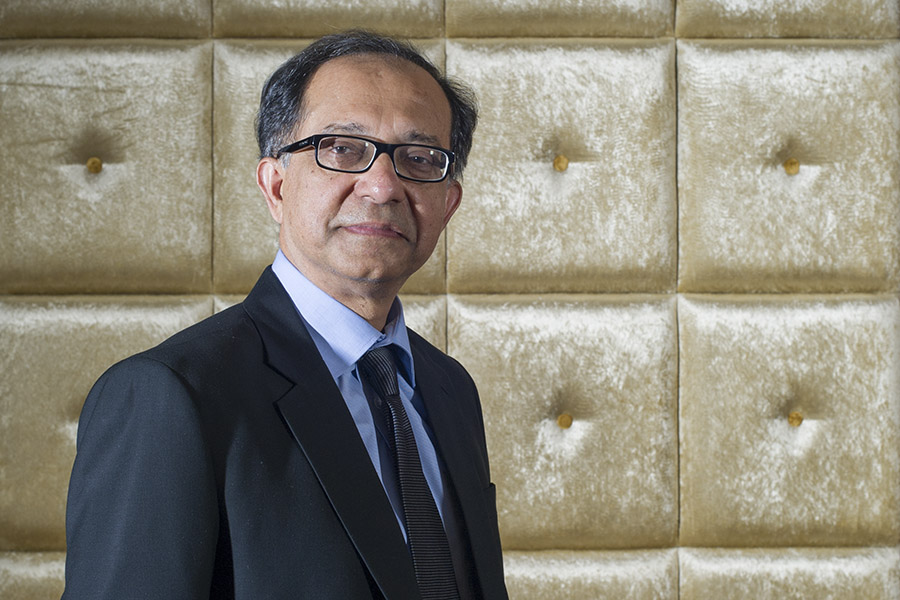 Kaushik Basu, India's former chief economic adviser, has panned the government’s demonetisation move, calling it a “very big mistake”, which was a huge shock and led to the country's pace of growth slowing down.

“Demonetisation was a very big mistake. The government gave several justifications for  demonetisation, which was aimed to rid the country of the problems of counterfeit currency in the system, to ridding the country of the problem of black money, digitalization and creating a less-cash economy,” Basu told a packed audience at the 23rd Lalit Doshi Memorial lecture in the city.

“But this was a shock to 86 percent of the value of currency in the market…it was no surprise that the economy went into a short recoil,” Basu said.

Growth at constant prices fell to just 6.1 percent for the January to March 2017 quarter and 7.1 percent for the full fiscal year 2016-17. The real estate and financial services sectors were particularly hit by demonetisation at that time.

Basu, former senior vice president and chief economist at the World Bank, said that fake currency notes are like any other currency.  “They (fake) currency are bad at the point of injection, once they are moving in the system, it is like any other note. If you feel that there are too many notes, the [government should] have taken steps to remove those notes specifically”.

“Demonetisation has slowed down growth. We should have crossed the 8 percent level by now, but we are at 6.1 percent and will probably remain so for some time. Luckily this is a one-time shock, if we don’t make a similar mistake, it will go away,” Basu said, while talking about India’s growth prospects.

He urged the government to create a system where the merit of policies could be openly discussed and planned for. He made a reference to the opening up of India’s economy between 1991 to 1993 and the easing up of foreign exchange flows, both outward and inward. “Clear thinking was being translated into policy and policy translated into economic policy,” he said.

Basu calls the Goods and Services Tax (GST) “as a good move”. “It is not perfectly designed but it is complicated, so there may be the glitches, which I expect will gradually go away.” The main plus point, Basu said was that GST would allow goods to flow freely from one state to another quickly and the amount of bureaucratic wastage would come down. “The cutting down of transaction cost which will be hugely beneficial to India,” he said.

On digitization, Basu said that India is moving like several other countries – from cash to cashless…but we do not need a shock treatment, he said. He also lauded the latest bankruptcy laws, which aim to hasten the number of days within which the process to close down a firm will come down rapidly. “In the UK, it takes about a year, so we can do it in 180 days that would be very good.”

Basu said that all these moves would help to lower India’s rank in the ease to do business. The 14th edition of the World Bank’s Doing Business report—commonly referred to as ease of doing business (EODB)—ranks India at 130 out of 190 countries.

India is at rank 136 in matters relating to closing down a business. “We need to move into the top 100 first and then the top 50,” Basu said.

He said that India in coming years should focus on becoming a hub for higher education for the world, similar to what USA and United Kingdom are. This would bring valuable money into the Indian economy and help boost “our soft power”.

Basu expressed concerns over the pace of growth of the western economies which are “moving through one of their longest, but not deepest, crises”. Several European economies have struggled to cope with the fallout of a range of crisis – starting with the collapse of  the financial firm Lehman Brothers, followed by the subprime property crisis, the European sovereign debt crisis, falling oil and commodity prices and then the social and political trouble (of Syrian refugees migrating to the EU).

Basu stressed that the changing face of technology could lead to greater problems which global economies and India will have to deal with. “First there were labour saving technologies (machines) which began to do jobs that humans did. Now the problem will come from what I call labour linking technologies,” Basu said, which allows people to work for global companies from remote locations with the assistance of the internet and digital link-ups.

“I do believe that there is something fundamental beneath the surface, which will still play out. It is not a problem for India, but will become one at some stage”.

“This problem needs radical thinking....in the rich countries, some amount of profit sharing arrangement is called for otherwise we could see social turmoil.”

Tweets by @forbesindia
10 interesting Forbes India reads for the weekend
We want to be more relevant as a total beverage player: Coca-Cola India president