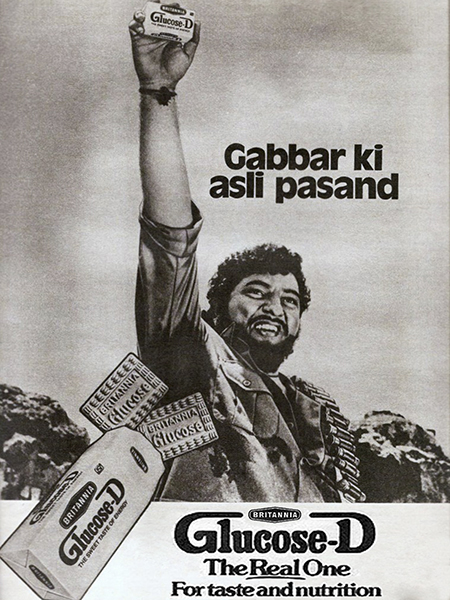 In the early 1980s, the glucose biscuit brand from Parle donned a new avatar: from Parle Gluco to Parle-G. The idea was to differentiate itself from a battery of look-alike brands. The move made sense. The glucose biscuit market in the country was booming; glucose was generic for biscuits; being the biggest, Parle needed to stand out from the clutter. And it did, handsomely. At almost the same time, rival Britannia, which had biscuit brand Glucose D—then endorsed by the late Amjad Khan who played the iconic baddie Gabbar Singh in the cult movie Sholay—was also planning to differentiate itself, albeit in a premium way. 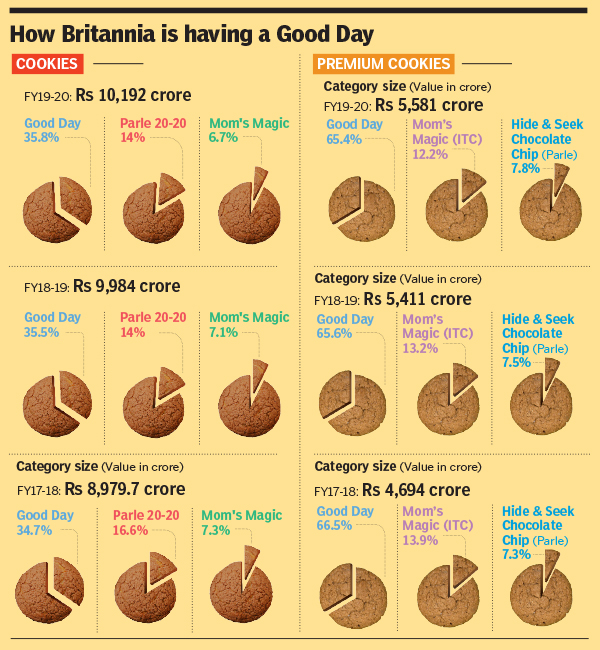 The maker of the ‘Gabbar ki asli pasand’ biscuit rolled out a premium biscuit brand, Good Day, in 1986. The move might have easily backfired. The segment was new, the market was overwhelmingly in favour of glucose biscuits, and Parle-G was still having a ‘good day’, and run. Fast forward 25 years. Glucose runs out of energy for the first time in India. Cookies and cream had overtaken as the biggest category of biscuits in 2012. The momentum only gathered pace over the next decade. In March-ended FY2020, the glucose market size was at Rs 5,444 crore, a muted growth over the last year, when it was Rs 5,442 crore. Parle had a staggering 83% value market share. Rival Britannia had a meagre 10.4%, according to FMCG analysts citing Nielsen market share data. Interestingly, Britannia found a new Gabbar in Good Day. With a market size of Rs 9,429 crore in the March-ended fiscal 2019-20 (from Rs 8,600 crore a year before), Britannia had a thumping 57.3% market share in premium biscuits. Parle is distant third with 9.4%, and behind ITC, which garnered 17.1%. In premium cookies (over Rs 5,500 crore category), Britannia lords with 67.6%. The gambit of launching Good Day paid off.

Brand and marketing analysts are not surprised. “Britannia progressively left Tiger back and has kept focussing on its premiumisation strategy,” says Harish Bijoor, who runs an eponymous brand consulting firm. The company today is home to many premium brands that have made deep inroads into markets. “This surely is testimony to the fact that premium brands have a space in every 'nukkad' and every village as long as they come in affordable packs,” he adds. In fact, the history of biscuits in India mirrors the trajectory of Britannia in the country. For almost a century, India was primarily a glucose-dominated market: Low margin and mass market. “With Good Day’s launch, the country got introduced to the premium category, which was nice but not artisanal,” says Jaspal Sabharwal, chief executive officer of TagTaste, a sensory analytics and product development platform.  If one could sell premium biscuits, the veteran PE player lets on, it had huge margins built into it. Good Day, Sabharwal points out, stands out as one category that consistently delivers a sensory score of 5.87 on a bliss scale of 7. Britannia, he lets on, must have spent over 80,000 man-hours over the past three decades to reach this milestone. “It is not easy to beat such legacy products without the rigour of market-driven R&D and time,” he adds. Good Day has continued with its good run for decades. Will the Gabbar of premium biscuits finally face a fight? Stay tuned to find out.  Find out more in our latest issue, which goes on stands this weekend, or come back to our website on Monday!