The three-year strategic collaboration, announced on Monday, aims to bridge the digital gap in education and create upskilling opportunities for 300 million youngsters in India over the next 10 years 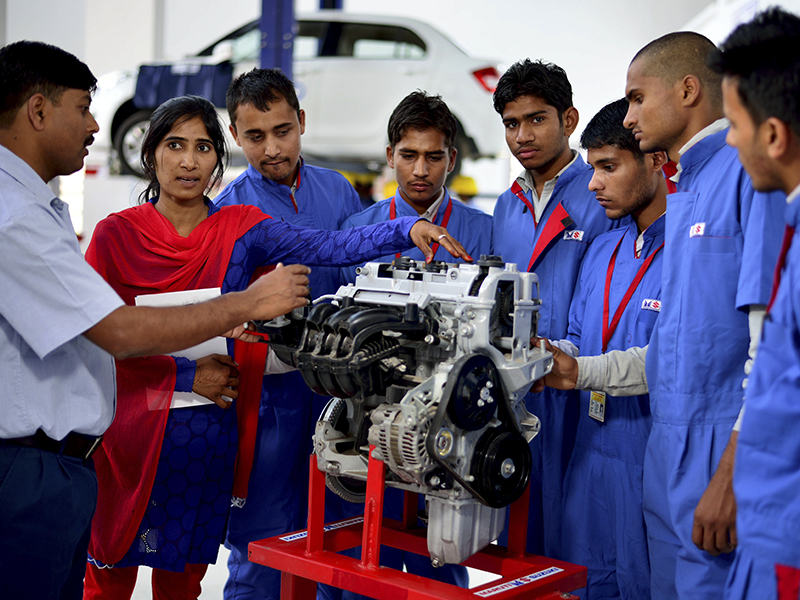 According to the International Labour Organization (ILO), India is staring at a 29 million skill deficit by 2030. Representative image. Photo: Pradeep Gaur/Mint via Getty Images
Bengaluru: Consulting firm PwC India announced a collaboration with the United Nations Children's Fund (UNICEF) and YuWaah (Generation Unlimited in India) on Monday to upskill 300 million young Indians over the next 10 years. The announcement is part of PwC’s global collaboration with UNICEF and Generation Unlimited, a global multi-sector partnership that seeks to upskill and provide about 1.8 billion youngsters with socio-economic opportunities to navigate education and career trajectories. According to the International Labour Organization (ILO), India is staring at a 29 million skill deficit by 2030. As of October 2020, the unemployment rate in India is at 6.97 percent, according to the Centre for Monitoring Indian Economy (CMIE). Urban areas had an unemployment rate of 7.15 percent, while the number stood at 6.9 percent in rural areas. Around 10 million people in the country have lost their jobs in the wake of the Covid-19 pandemic because of the economic downturn and because of lack of requisite skill sets. In his speech at the ASEAN-India Youth Dialogue on June 10, Union Minister of State for External Affairs, V Muraleedharan, said that India has the largest number of young people in the world, with over 450 million people—or 65 percent of the population—between the age group of 15 and 35 years. Neel Ratan, regional managing partner, PwC India, says there are three facets to India’s digital empowerment story for youngsters—education, skilling and entrepreneurship. Making the most of all three would not only involve trying to solve access problems by improving basic connectivity issues in rural areas, but also bridging the gap between skills offered and career aspirations. According to him, at the heart of the partnership is the attempt to “unify education, skilling and entrepreneurship across delivery platforms”, Ratan adds. “Historically, government, private players, global  agencies and civil societies have been working independently in their individual capacity. It is necessary for everyone to coexist and work seamlessly in a cohesive ecosystem for bigger impact.” At the core of this initiative, therefore, will be to get stakeholders together, says Dhuwarakha Sriram, chief of adolescent programming and Generation Unlimited (YuWaah) in India. This involves, in addition to the government’s existing provisions, the private sector helping with resources and technical know-how, the civil society leveraging its connection to the most vulnerable and marginalised people, while agencies provide global insights. That would entail not just access to digital devices, but deeper work with respect to dismantling age-old social norms, gender divides and cultural challenges. “It’s also about equipping people with the skills to use digital information in the right manner,” she says, explaining that the platform they are building with PwC would help government, private sector players and civil society at the district, state and national level to respond to the queries young people have with respect to education, skilling and personality development. It would also address their anxieties associated with the lack of jobs. “We will also help them explore and navigate other career pathways and entrepreneurship opportunities.”