The government of India also questioned WhatsApp over its preferential treatment to European users where the updates to its privacy policy will not be implemented; WhatsApp is supposed to send its response to the Indian government by January 25 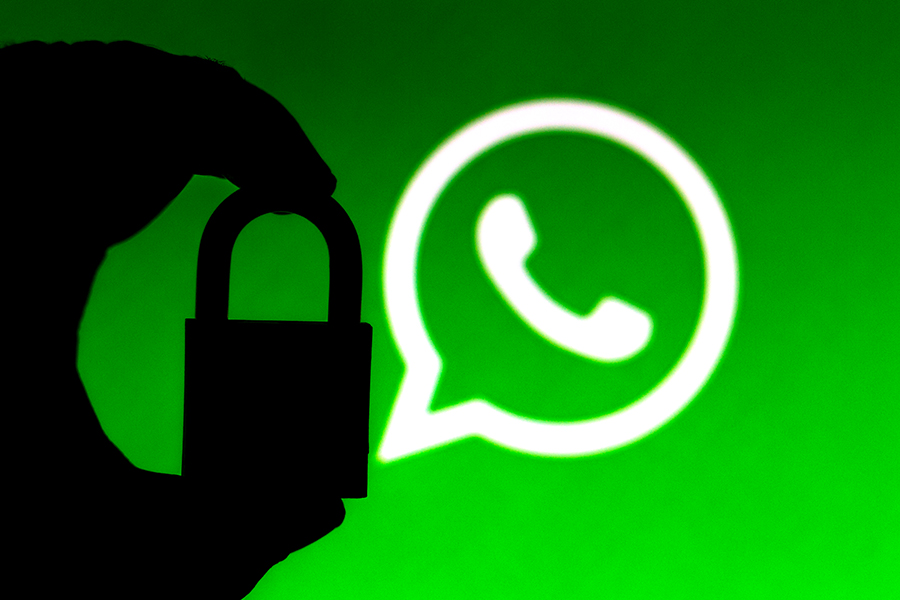 Two questions reigned supreme in the second hearing against WhatsApp’s updated privacy policy—do the changes to the policy matter if the app is voluntary? And can the court direct the government to make laws? The single-judge bench of Justice Sanjeev Sachdeva was hearing a petition filed by Chaitanya Rohilla, an advocate, against WhatsApp’s updates to its privacy policy which were announced on January 4 and have since been deferred until May 15. Rohilla wants the court to prohibit WhatsApp from sharing any data with any third parties and Facebook for any purpose, and prohibit WhatsApp from implementing its updated privacy policy.  ‘Can’t users not use WhatsApp?’ asks Delhi HC Manohar Lal Rohilla, on behalf of the petitioner Chaitanya Rohilla, highlighted three problems with WhatsApp’s updated privacy policy—sharing data with third party services including Facebook; sharing data with third party service providers and Facebook; and sharing this data with service providers and partners across the world.  Justice Sanjeev Sachdeva reiterated his questions from the previous hearing—how is this a problem if WhatsApp is a voluntary app? “If you don’t want to access WhatsApp services, you can choose not to… It is not something which makes it mandatory for you to download before you want to operate your phone. It is a purely optional application,” he said. He also asked Rohilla what made WhatsApp so special given that most apps have similar terms and conditions where they share users’ data with third parties.  Karmanya Singh Sareen looms large: Can the court direct the government to make laws? In his petition, Advocate Chaitanya Rohilla had asked the court to “lay down guidelines” under Section 79(2)(c) read with Section 87(2)(zg) of the Information Technology Act to prevent WhatsApp from sharing any user data with Facebook or any other third parties.  On being asked by Justice Sachdeva, Manohar Lal Rohilla clarified that he was also seeking an injunction against WhatsApp’s updated privacy policy. “If you are saying that there is no law or regulation already in place, then how do you seek an injunction?” Justice Sachdeva then asked, eliciting a sardonic grin out of Kapil Sibal.  Justice Sachdeva’s key question to Manohar Lal Rohilla was—how can the court direct the government to frame a regulation? Manohar Lal Rohilla, on behalf of the petitioner and his son, cited the Karmanya Singh Sareen case from 2016 which had sought a similar injunction against the then-update to WhatsApp’s privacy policy. Manohar Lal Rohilla cited Delhi HC’s order from 2016 which directed the government to consider whether or not instant messaging applications like WhatsApp can be regulated.

“ “The respondent Nos.1 and 5 shall consider the issues regarding the functioning of the Internet Messaging Applications like "WhatsApp" and take an appropriate decision at the earliest as to whether it is feasible to bring the same under the statutory regulatory framework.”—Delhi High Court order in Karmanya Singh Sareen and Anr v Union of India and Ors (September 23, 2016)

It is important to note that the Karmanya Singh Sareen case impleaded the Telecom Regulatory Authority of India, under the Ministry of Communications, while Rohilla has petitioned the Ministry of Electronics and Information Technology.

As Mukul Rohatgi also informed the court, Sareen had contested the Delhi HC order and approached the Supreme Court. The matter is still pending before the apex court and in the last hearing in 2017, Solicitor General Tushar Mehta had informed the five-judge bench that the government of India had formed an expert committee, headed by retired Justice B.N. Srikrishna, to draft the Personal Data Protection Bill. Since then, two drafts of the Bill have been released and the latest draft, the 2019 version, is being deliberated upon by a Joint Parliamentary Committee headed by BJP MP Meenkashi Lekhi. Multiple stakeholders, including Facebook, have already submitted their comments, both in person and in writing, to the Committee and a report on the 2019 Bill is expected in the upcoming Parliament session.  While Manohar Lal Rohilla, at least twice, claimed that the Bill “has not seen the light of the day”, senior advocates Mukul Rohatgi and Kapil Sibal on behalf of WhatsApp, Senior Advocate Arvind Datar on behalf of Facebook, and Additional Solicitor General Chetan Sharma on behalf of the Indian government all corrected the record. Justice Sachdeva remained clear on the issue: “I am still not clear what direction you are seeking from the court if there is already a bill that has been brought up before the Parliament. It’s for the Parliament to take a view. This court is not going to direct the Parliament.”  Sibal argued that Rohilla “has no locus here because unless the law is put in place here, nothing can be done here”. Courts cannot decide these matters “when there are regulatory authorities which have to decide these matters”, he said. Manohar Lal Rohilla immediately said that this lack of regulatory authority is his concern, prompting Sibal to say, “The regulatory authority will come in once the law is put in place.” As per the PDP Bill, the regulatory authority in question is the Data Protection Authority which, as per a number of experts, has lost much of its independence between the 2018 and 2019 drafts.  Rohilla’s petition was initially listed before Justice Pratibha M. Singh in the Delhi High Court. However, Singh recused herself since she had represented Sareen in his case against WhatsApp’s revised privacy policy in 2016. Interestingly, in that case too, Sibal had represented WhatsApp while Datar had represented Facebook. When the case was initially heard in the Supreme Court, Rohatgi was the Attorney General of India.  Government is already seeking a response from WhatsApp Rohatgi, on behalf of WhatsApp, informed the court that the government of India had written to WhatsApp on January 18, asking for “certain clarification about the policy”. “We have to respond by today [January 25]. We will respond today,” he said. Forbes India had earlier reported that the IT Ministry had sent WhatsApp fourteen questions about it privacy policy.  A whole battery of lawyers for Facebook and WhatsApp marked their appearance during the virtual hearing. Both companies’ in-house counsels for India, Ashish Chandra (WhatsApp) and Saanjh Purohit (Facebook) had signed in. Purohit had deposed before the Parliamentary Standing Committee on Information Technology as it discussed the impact of the updated privacy policy, among other things. WhatsApp was also represented by Tejas Karia, Vivek Reddy and Gauhar Mirza while Facebook was represented by Ajit Warrier, Pavit Singh Katoch, Nayantara Narayan, Akshi Rastogi and Shashank Mishra.  ‘Why give preferential treatment to EU users?’ asks Indian Government “Insofar as the government [of India] is concerned, the privacy policy offered by WhatsApp to its European users specifically prohibits the use of any information shared with Facebook for that company’s purposes. This clause is not offered in the privacy policy offered to Indian citizens who form a very, very substantial part of WhatsApp’s user base,” Chetan Sharma, additional solicitor general, contested on behalf of the Ministry of Electronics and Information Technology, and the government of India.

“ “This differential treatment is certainly a cause of concern to the government.”—Chetan Sharma, Additional Solicitor General

Sharma also argued that the “scope and expanse” of WhatsApp warrant the need for “reasonable and cogent” policies, something which, he said, is being done by the Personal Data Protection Bill, 2019. Moreover, he argued that by not giving users the option to opt out of sharing data with Facebook, WhatsApp was leveraging its own social significance “to force users into a bargain which may infringe on the interest and relations of information privacy and information security”. Sharma confirmed Rohatgi’s claim that the government had indeed sent a questionnaire to WhatsApp about the updates to the privacy policy. “The minister [IT Minister Ravi Shankar Prasad] has gone on record to express the concerns of the government on WhatsApp and privacy,” he told the court.  HC gives govt time to submit its response  Justice Sanjeev Sachdeva dictated the following order:

“Learned counsels appearing for Respondent 2, WhatsApp Incorporated, submit that a communication has been received from the government of India seeking certain information and the same is being responded to. Learned Additional Solicitor General appearing for the Union of India submits that the matter is being looked into at the highest level and communication has been sent to WA seeking certain information. He prays for an adjournment to place on record the steps taken by the government of India in the matter.   “In view of the above, renotify on March 1.”

Petitioners’ arguments In his petition, that Forbes India has read, Rohilla made the following arguments: The petition further argues that sharing data with Facebook is a sign of WhatsApp’s integration with Facebook so that “Facebook, WhatsApp and Instagram (…) all become part of one package”. “Brow bearing” users into accepting the revised policy by February 8 “can not [sic] be accepted in a democracy”. It should be noted that the outcry after WhatsApp’s announcement compelled the company to defer it policy until May 15.

Tweets by @forbesindia
India, then and now: How the country has changed from 1950
Societal Equality: Will digital bridge the divide or widen the gap?