The Tharoor-led committee questioned top executives of Facebook and Twitter in India if the platforms had the right to restrict free speech and ban political figures, like former US President Donald Trump 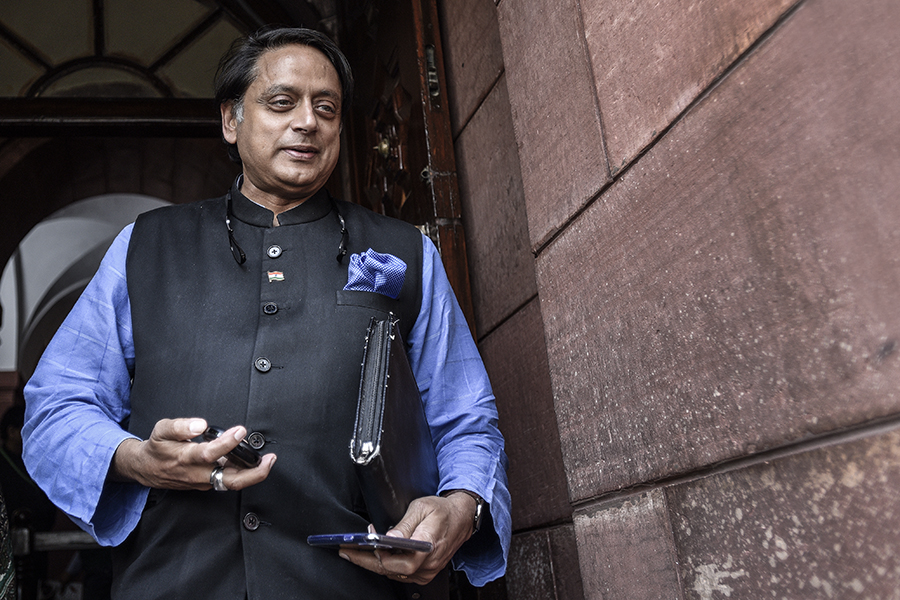 Facebook and Twitter’s ban on former US President Donald Trump’s social media accounts and WhatsApp’s now-deferred privacy policy update dominated the discussion during Information Technology Parliamentary Committee’s meeting on Thursday (January 21). The role of intermediaries in moderating free speech was debated at length in the Shashi Tharoor-led committee, Forbes India has learnt after talking to multiple sources aware of the proceedings.

Facebook-owned WhatsApp was represented by its Public Policy Director in India, Shivnath Thukral, who was accompanied by Facebook’s Associate General Counsel Saanjh Purohit. Twitter was represented by Mahima Kaul, Twitter’s Director in India and the head of public policy and government partnerships in the country, along with Ayushi Kapoor, Twitter’s legal counsel for India.  The three-hour meeting saw submissions by the IT Ministry, followed by Facebook and WhatsApp, and Twitter. Although the committee was scheduled to discuss the draft report on 5G preparedness in India on January 22, the session did not convene due to a lack of quorum. According to the rules of procedure, attendance of one-third of the total members is required for quorum which, in the case of this 31-member committee, is 11 members. Below is a gist of the key issues discussed: Did Facebook and Twitter have the right to de-platform Trump? It is understood that a number of MPs, including Chairperson Tharoor, questioned Facebook and Twitter over whether or not it was right to ban Trump from their platforms (Facebook, Instagram and Twitter) in the aftermath of the January 6 siege of the US Capitol. Both companies maintained that considering the threat to national security and threat of imminent harm, such an action was necessary.  A number of members discussed whether intermediaries such as Facebook and Twitter could make that call, especially when it comes to public figures such as the president of the US. Concerns were also raised about the companies’ disparate reactions in the US and other territories — accounts threatening violence are taken down with much more alacrity in the US, including the president’s, than in other countries such as India. It is learnt that the MPs unanimously agreed that the amended Intermediary Guidelines under the Information Technology Act, which would direct intermediaries to take down content, are urgently required. In October 2019, the IT Ministry had informed the Supreme Court that the Intermediary Guidelines would be notified by January 15, 2020, but that hasn't happened yet.  Less than four hours after the meeting ended in India, Nick Clegg, Facebook’s VP of Global Affairs and Communications, announced that Facebook had transferred its decision to indefinitely suspend Trump’s Facebook and Instagram accounts to the Facebook Oversight Board for examination. The Oversight Board is an independent board that reviews content appeals from users, and “significant” and “difficult” content referred to it by Facebook. Its decisions cannot be overturned even by Facebook CEO Mark Zuckerberg. None of its 20 members, which include Sudhir Krishnaswamy, the vice-chancellor of the National Law School of India University and co-founder of Centre for Law and Policy Research, are affiliated with Facebook or any other social media company.  It is understood that the Oversight Board was not mentioned during the committee meeting at all but Thukral and Purohit alluded to Zuckerberg’s statement on the indefinite suspension of Trump from Facebook and Instagram. Facebook said that it would send its responses to the questions raised by the MPs in writing. Bharatiya Janata Party (BJP) MP Nishikant Dubey, it is learnt, questioned Twitter for temporarily removing Home Minister Amit Shah’s profile picture in November 2020. The Twitter representatives clarified to the committee that it was done automatically due to a report from a copyright holder.  Although the agenda for the meeting talked about “safeguarding women”, there was limited discussion about it, primarily with Twitter. Most of that discussion centred around the steps taken by Twitter to prevent doxing of women on its platform.  This is not the first time that the Standing Committee on Information Technology has summoned Facebook over its content moderation practices. In December, the social media giant’s India head Ajit Mohan, along with Thukral told the committee that the company had not banned Bajrang Dal because its fact-checking team had not found grounds to do that. This discussion was prompted by a Wall Street Journal article that had reported that despite an internal assessment calling for a ban, Facebook had not cracked down on the group due to fear of adverse impact on its business prospects in the country and the safety of its staff. In September too, Mohan had deposed before the committee for similar reasons, sparked by another WSJ article that reported that Facebook had not banned BJP MLA T. Raja Singh despite categorising his posts as “hate speech” at the behest of Ankhi Das, who then headed Facebook’s public policy team in India.  Facebook to send responses on WhatsApp privacy policy in writing WhatsApp’s updated privacy policy—which prompted IT Minister Ravi Shankar Prasad to write to WhatsApp’s head Will Cathcart, asking him not to implement the changes in India—also dominated the discussion. It is understood that IT Secretary Ajay Prakash Sawhney informed the committee that the Ministry of Electronics and Information Technology had sent fourteen questions to Facebook/WhatsApp over its updated privacy policy. He also briefed the committee on the concerns that the Ministry had raised along with the number of WhatsApp users in India.  It is understood that members of the committee were left dissatisfied with Facebook and WhatsApp’s responses. The members also discussed the need for the Personal Data Protection Bill to be enacted urgently. Had the Bill already been in effect, WhatsApp could have been prevented from making changes to its privacy policy in India. Take for example, due to the General Data Protection Regulation (GDPR) in the European Union (EU), WhatsApp’s updated privacy policy will not be put into effect in the EU.   At least one MP asked WhatsApp if the company had access to the content of his calls and messages. WhatsApp clarified that because of its end-to-end encrypted nature, it did not.  In addition to Chairperson Tharoor, Thursday’s meeting saw attendance from BJP MPs Nishikant Dubey, Tejasvi Surya, Anil Agrawal, Raksha Nikhil Khadse, Suresh Gopi, Syed Zafar Islam, Sanjay Seth, Samajwadi Party MP Santosh Pandey, Telangana Rashtra Smaithi (TRS) MP Gaddam Ranjith Reddy and Telugu Desam Party (TDP) MP Jayadev Galla.