The CEO of BBC Global News speaks to Forbes India in Mumbai, about tackling the proliferating misinformation during election season 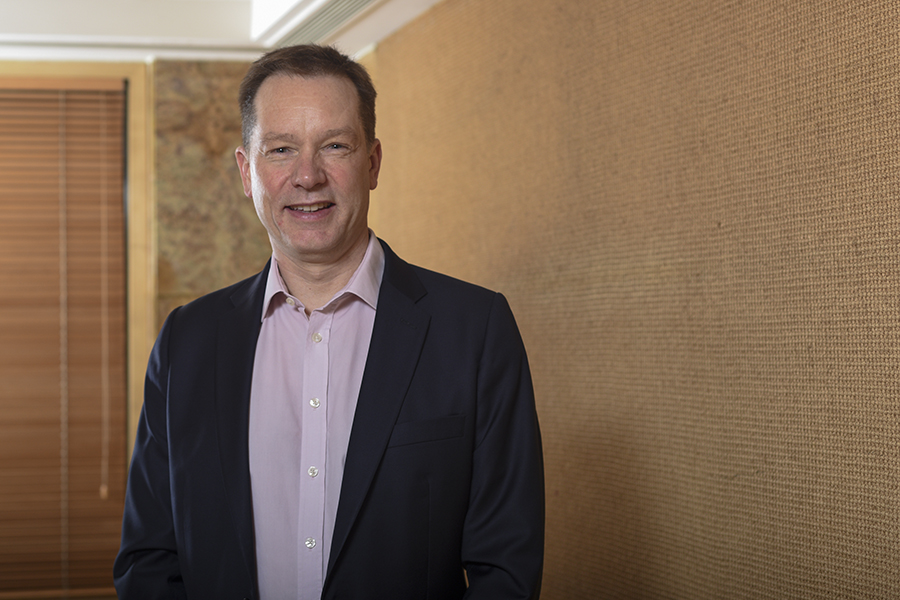 Evidence shows that the fake news crisis intensifies in the run up to polls in most parts of the world, which India is in the thick of. According to a November 2018 report by the BBC titled Beyond Fake News, nationalism is a driving force behind misinformation in India. The most popular current affairs topics being shared on WhatsApp in India are, as per the study, news relating to PM Modi; business and economy; demonetisation; Aadhar; army and terrorism; and anti-BJP stories.

The study also highlights that while 83 percent of Indian news consumers are concerned about disinformation, three-quarters of them say they find it hard to distinguish real from fake news.

Jim Egan, CEO, BBC Global News, visited Mumbai recently and spoke to Forbes India about the growing global crisis, and what news organisations can do to maintain the spread of authentic and credible information before the elections.

Q. How do you define fake news?
There’s no one fixed definition, but it’s important to distinguish it from what fake news has become in everyday language, which is a sort of dismissive insult to put down something that you don’t like. To be specific, it’s something that might come from a recognised media organisation, or from a public authority or influential individual. It’s something that is either deliberately false—or, and I think we’re seeing more of this, which is seeking to undermine trust or confidence in something that has been previously taken to be an established fact.

Q. The BBC is rated one of the most trusted organisations, but you can’t rely on legacy alone. What are guidelines you follow in the era of viral news and social media, and how have they evolved?
There are a number of aspects to that. Yes, we do take our trusted reputation very seriously, but we also recognise that while it takes several decades to build a reputation, you can lose it much more quickly. You have to keep restocking your trust account. Our emphasis is on continuing to uphold the way we’ve done journalism in the past. Principles such as accuracy, independence, impartiality and so on are as important as they’ve ever been. I don’t buy at all that you need to change journalism in the era of viral news; I think you need to do really good journalism in the way it’s always been done before.

It’s important for organisations who want to be trusted to not be too afraid of admitting when they were wrong. All journalists and all news organisations will make mistakes from time to time. And owning up to a mistake or an error doesn’t mean you’re fake news—it just means that you have the same fallibility as anybody else. Quite a few organisations have got themselves in trouble over the past few years as accusations have been labelled as fake news on organisations that have quite simply made a mistake, and that’s not the same thing.

Q. That’s sort of what happened with the Indian portal The Better India, named inaccurately in the Beyond Fake News [a November 2018 BBC study on fake news in India and other countries] report…
We did have to apologise for that, it was a straight-up mistake.

Q. India has had a fake news problem, which will only escalate in the coming months leading up to the elections. What is the BBC doing to help counter this?
The fake news problem in India isn’t unique. It’s not always possible to see where the next fake news storm might come from. But sometimes you can. Looking ahead, it’s around hotly contested and divisive moments such as elections that audiences tell us they most value independent analysis to help them filter fact from fiction. Being prepared and having the resources in place to thoroughly analyse events is key to responding quickly to fake stories. So, during the forthcoming election campaign, we will be providing a daily BBC Reality Check election service here in India, debunking any fake news stories as they happen and explaining issues at the centre of the debate. We have a dedicated team writing the stories based in our Delhi bureau, covering a wide range of topics from the economy and social policy to national security.
Some of the fact-checking services in the states have scorings, where you end up rating them ‘Liar Liar Pants on Fire’… but that’s not the BBC style. There’s no finger pointing or calling people out, but careful, measured assessment of whether the things that are said are supported by the facts.

Q. The BBC study said that fake news in India has evidenced connections with Narendra Modi supporters…
At times like this, and we see it in other elections too, people use fake news in support of national interest and nation building and so on. There was some evidence in the research we conducted last year to show that people feel a certain degree of obligation to share these stories because they think they are doing the right thing. Perhaps that is getting ahead of being healthily sceptical and checking.

Q. What sort of media literacy can we impart to curb that?
Whatever the BBC can do can only make a small contribution to what’s happening here, and it’s encouraging to see the amount of fact-checking and media literacy programmes springing up around India. We do feel that if we’re serious about news and about fake news, then we should do something practical. So last year, we ran a series of programmes in schools and colleges, working in schools and colleges around India doing workshops about spotting fake news, how to stop the spread of it, and we had a hackathon in Delhi for engineers and tech companies. We think that’s important, but it needs to be a collective effort. It’s not up to any one organisation to completely change the weather on this.

Q. Do you think that social platforms take enough responsibility for this?
Social platforms are very rapidly trying to figure out how to take more responsibility. You could argue with some justification that they’re a bit slow to come to this. In part, that’s a reflection on where many of these companies come from, a typical West Coast-America approach of slightly libertarian views that the Internet is essentially a good thing, and a slightly slow realisation of the impact that social media was having on discourse, and on democracy. But there’s been a very rapid response in the past 12 months. We’ve seen significant investments from Facebook and Google in fact checking. Winter is coming in a regulatory sense.

In places like Europe, which have a much more active regulatory tradition, it’s still taking a while for some of those big platforms to get their heads around the fact that this is going to happen. So you see them rapidly tooling up in their regulatory affairs departments, and this is only going to go on and on and on in the next five to 10 years.

Q. How important is India to BBC Global News?
It’s definitely one of our top five markets. Two things are true about India in commercialism—one is that we see some of the highest growth rates in the world in terms of advertising and the rate of growth of the value of the media industry. However, this is from a relatively small base, so there are other markets that, in absolute terms, might be more valuable to us in terms of advertising or distribution income. But it’s growing fast, and it’s big. The BBC has always had a close relationship with audiences in India in various guises. For instance, we have more followers from India on Facebook than anywhere else in the world.

We’ve doubled the portfolio of Indian languages from four to eight over the past 12 months, with the launches of BBC in Gujarati, Marathi, Punjabi and Telugu. We’re really pleased with how it’s going so far. Last week was the biggest week we’ve ever had in terms of online consumption of BBC news content, associated with what was going on in Kashmir. We saw a massive jump in the audience.

Q. What would you say are the challenges of being in a market like India, with so many legacy news channels, and new ones cropping up all the time?
The real challenge is just to keep up. It is such a vibrant and fast-growing market, and it does not evolve in a totally predictable, linear fashion, so there are some interesting twists and turns that you might not expect. Another challenge is for us to keep realistic about the role we play here. We’re not, with BBC Global News, seeking to take on the big beasts of TV news here. We’re normally the second source of news that people may want to hear a different, international perspective on what’s going on in India and around the world. We’re pleased to see growth and the market growing steadily, but we’re not delusional about what we can achieve.

Q. How has the BBC audience evolved?
I don’t think there’s anything particular about the BBC audience as opposed to everybody else. Everybody is a lot more multimedia, so we don’t presume that there are many audience members who are simply watching us on TV, or simple listening to us on the radio. That evolves the way we do things, such as TV bulletins. People aren’t coming to us any longer to hear the news first. They’ve already heard the news on their phones, and are coming to us for insights, validation, explainers and so on. But in addition to that evolution, it is true that audiences are becoming more demanding. The deferential page of someone sitting behind a desk and preaching the news is rapidly coming to an end. There is more of a two-way relationship between news organisations and presenters, and their audiences. Some of that is really good. We have presenters who have fantastic ongoing Twitter dialogue with the audience, and very open to that. Some of it is less good, in that our journalists—particularly our female journalists—are constantly under attack on social media in vicious and nasty ways. Our political correspondent needed security protection at one of our party conferences because the attacks on her had become so nasty, constituting threats, and that’s not what we thought social media was about.

As we enter an era in which technology can make anything look believable, it is the responsibility of all of us who stand up for integrity and impartiality in news, to decide what side we are on and to take up arms in this battle. History will not judge us kindly if we fail to do so.

Tweets by @forbes_india
Ten interesting things we read this week
SIP and dip: Is the dream run over for systematic investment plans?