Over the last twelve months, the online platform for used vehicles has mopped up over a billion dollars in funding and has tripled its valuation 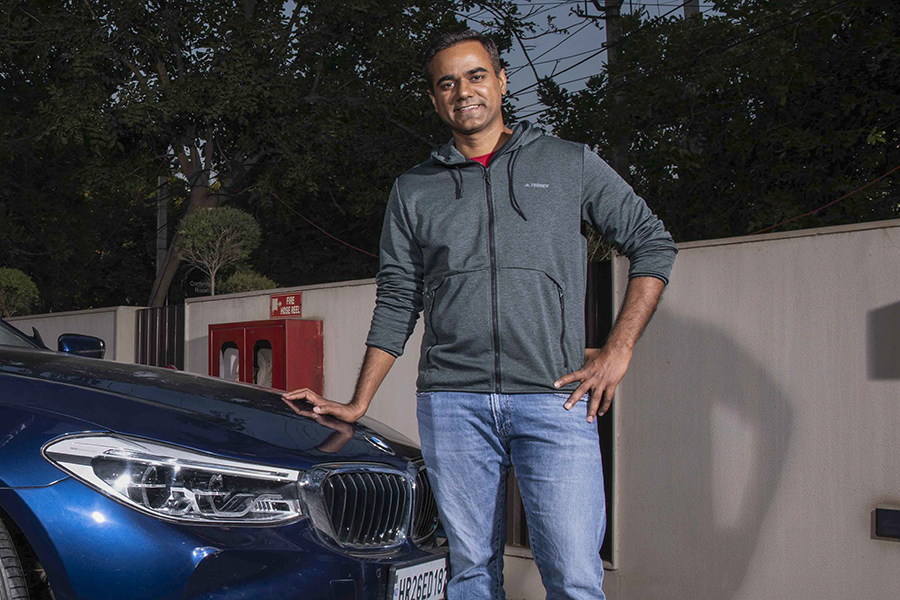 Within three months of raising $450 million (Rs3,439 crore) in September, Cars24 has mopped up a meaty $400 million (Rs3,057 crore) in its Series G round of funding, which had a mix of equity and debt. While $300 million in equity was led by Alpha Wave Global (formerly Falcon Edge Capital) and saw participation from existing investors, $100 million in debt came from diversified financial institutions across India, Australia and the United Arab Emirates (UAE). The latest funding pushed the valuation of the online used vehicles platform to $3.3 billion from $1.84 billion.

Last December, Cars24 raised $200 million (Rs 1,528 crore) and entered the $1 billion-valuation club. In twelve months since then, the unicorn has mopped up over a $1 billion in funding and has tripled its valuation.

Gajendra Jangid, co-founder of Cars24, reckons that back-to-back funding reflects the aggressive intent and ambition of the company to scale its global operations. “Our ambition is to become a global leader in the used car industry,” says Jangid, who is also the chief marketing officer. The company recently forayed into Thailand and has been beefing up its international presence since it first opened its global account in the UAE in July last year. “Global operations account for 20 percent of our revenue,” he says.

Backers are delighted with the report card of the unicorn. “We are excited to back them again as they continue to cement their leadership positions across India, UAE, Australia and other international markets,” says Navroz D Udwadia, co-founder and partner at Alpha Wave, which also led the last round of funding in September. The investment, he underlines, will help Cars24 to fortify its moats even further and scale 10x over the next few years.

Though the used vehicles unicorn has been aggressively expanding, there has been a course correction as well. Early this month, Cars24 shut supply-focused vertical across 80 cities. Jangid calls the move “priority realignment”.

The supply of cars from those 80 cities, he explains, was less than 4-5 percent. “We are focusing on the top 100 cities that give us more than 96 percent of supply,” he says. The move to shut down, he lets on, only helped in concentrating efforts so that more value could be added to the business. “It is just a priority realignment, and we are not saying we will not go back to these cities in the future,” he says.

The company is also going deep with its capex plans. In October this year, it announced its plan to set up seven Mega Refurbishment Labs (MRLs) across 35 acres in top cities. Designed to refurbish around 20,000 cars per month, five MRLs have already gone live in Delhi NCR, Ahmedabad, Mumbai, Hyderabad, and Chennai.

“Pune goes live this week and Bengaluru would be operational by the end of the year,” says Jangid, who defends the move to go capex heavy. “We do not look at [it] in terms of being capex heavy or not,” he says. If an investment leads to a much better customer experience, he says, the company will not shy away from doing it.

Global operations might turn out to be a sweet spot for Cars24. In one-and-a-half years, 20 percent of revenues have come from a handful of countries. Jangid reckons that it reflects the reality and the size of the business opportunity. While India’s market size for used cars is close to $25 billion, it is $40 billion for Australia.

The revenue share from each country, he points out, will reflect the market size over there. “We have been able to prove ourselves not only in India, but also outside,” he asserts, hinting at the reason behind three rounds of funding in a year. “Our funding is in sync with our ambitions,” he signs off.

Tweets by @forbesindia
Tycoons of Tomorrow 2021: From here to futurity
Climate and water spare no one. Business leaders who don't get it now, will get it soon: Mridula Ramesh