In 2017, Vamsi Krishna and his friends had a runway of just three months...four years later, their edtech venture turns unicorn. Find out how 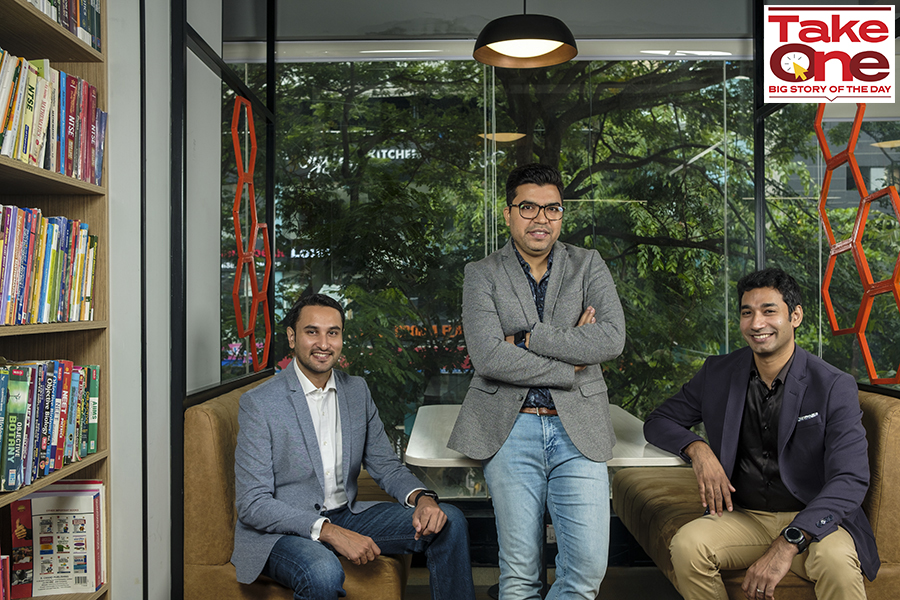 The four friends gained knowledge in Mumbai and Roorkee. IIT-Mumbai grad Vamsi Krishna, along with his buddies from IIT-Roorkee—Pulkit Jain, Saurabh Saxena and Anand Prakash—decided to quit their maiden jobs in early 2006. All of them had worked for seven months, and now decided to do something together. Clarity on that front was the easy part, though. The problem was they hadn’t figured out what to do.The brainstorming started in Barnala, a small town in Punjab which was some 1,600 km from Mumbai and around a five-hour drive from Roorkee. Prakash used to work at a chemical plant in Barnala, and the friends converged at his place to explore options. “Teaching happened by accident,” recounts Krishna, who did his schooling from Indore in Madhya Pradesh. A few school kids in the locality got to know about the IIT background of the visitors and started interacting with them to solve their queries. The experience was gratifying, and, in April 2006, the friends started Lakshya, an offline tuition centre. “People used to become teachers by chance, and not by choice,” he recounts, alluding to the insight gathered after interacting with the young students. Armed with courage and conviction nurtured at IIT, the engineers decide to change the script. 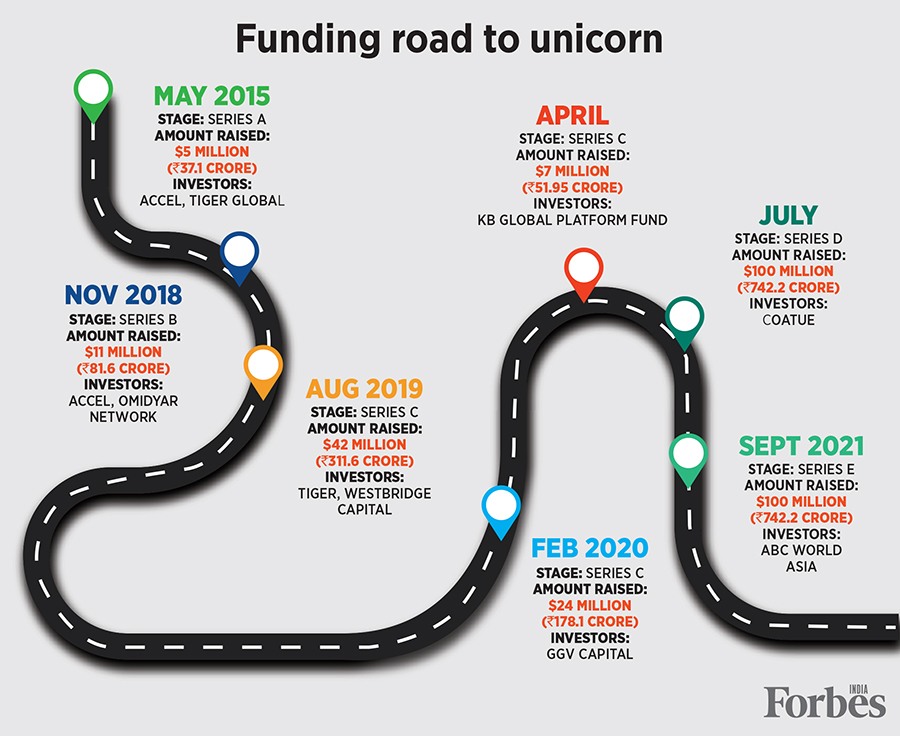 After a few months, the friends discovered the power of knowledge. Out of some 30-odd students that were being coached, close to a dozen made it to IIT. “This was mind-blowing for us,” recalls Krishna. The result, interestingly, taught the co-founders their first lesson in wisdom. “If IITians become teacher, the kind of impact that can be made is massive,” he underlines. For the next six years, Lakshya stayed true to its mission of creating an impact. Missing, though, was scale. “An offline business could not be scaled,” rues Krishna, who expanded the business to five locations across Punjab. Getting high quality teachers and placing them in remote locations was the biggest challenge. “It was not working,” he says. In 2012, the friends sold the venture to coaching player MT Educare in a Rs 30-crore deal. “It was a hugely profitable exit,” he underlines.

After staying with the company for another two years as part of the transition process, the friends decide to make an audacious gambit: Online live tutoring. Vedantu was started in 2014. “It was born to scale,” says Krishna. The task was not easy for a bunch of reasons. First, the concept of live classes didn’t exist. Second, though India was at the cusp of the smartphone boom, connectivity was still an impediment. “We knew recorded classes won’t have an impact. It had to be one to one teaching,” he says.Investors spotted uniqueness and found value in what Vedantu was doing. Within a few months—in May 2015—the edtech player got $5 million in Series A of funding led by Tiger Global and Accel. The money, interestingly, was never an issue with the co-founders. “Apart from money, everything was a challenge,” recalls Krishna. A year later, Krishna was staring at the same problem: Vedantu was struggling to scale. Reason: One-to-one teaching had its inherent limitations. This was the second dose of wisdom. From one-to-one, Vedantu shifted to one-to-few model. After a year, the edtech player made a transition to one-to-many, and since then it didn’t look back.Propelled by the pandemic tailwinds, Vedantu galloped at a furious pace. From an operational revenue of Rs 5.3 crore in FY18 to Rs 35.8 crore reportedly in FY20 and now clocking an annual revenue run-rate of around Rs 480 crore, Vedantu has been growing at a staggering pace. Late last month, it raised $100 million (Rs 742.2 crore) in its Series E round led by ABC World Asia. The funding made Vedantu the fifth edtech unicorn, and the third this year after Eruditus and upGrad.

The backers are elated. “The company has grown 12x since we invested in late 2019,” says Madhu Valamarthi, vice-president at GGV Capital, a global VC fund that boasts of over 60 unicorns under its portfolio. GGV’s experience in investing globally in edtech, he underlines, has made it clear that long-term success in the segment is determined by learning outcomes of the students. And these outcomes, Valamarthi lets on, are driven by a superior focus on product, pedagogy, and psychology of learning. Vedantu’s co-founders—engineers by education and teachers by choice—made them uniquely suited to build a company with these three strong characteristics. “Children from over 10,000 cities, towns, and villages across India study on Vedantu,” he claims. “It is truly remarkable. For Krishna, though, what is remarkable about the journey is the resilience of Vedantu to survive a near-death experience. It was 2017. “It was a nightmare year for us,” he quips.It was fourth of October. The entrepreneur vividly remembers the date. And how could he not. Krishna’s son was born on the day, but little did the co-founder know that a terrible news was about to play spoilsport. He was about to finish his breakfast at the hospital when his mobile phone beeped. “It was not great,” was the message in the inbox from his co-founder friend Jain who had a meeting with a foreign VC fund which had signed a term sheet and was about to close a $8 million round of funding. The amount was supposed to come in September but got delayed by a month. “Are they reconsidering,” Krishna anxiously asked. His heart started pounding furiously. “Yes, they are pulling back,” came the ominous reply. 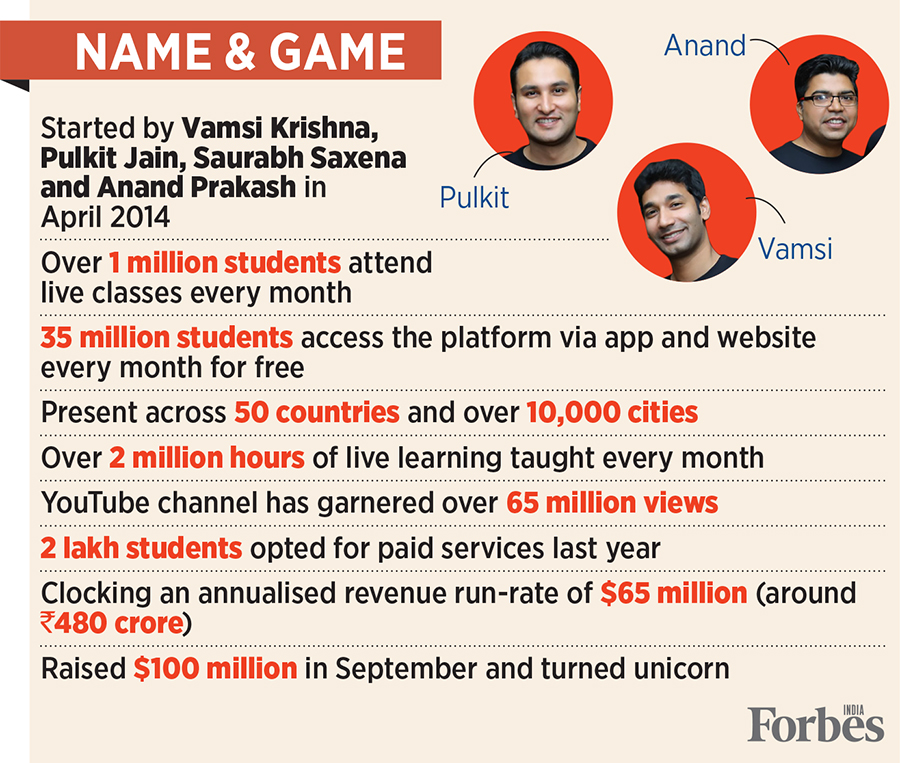 Krishna froze for a while. He kept aside his phone and stared blankly at the wall. The entrepreneur had not only declined a bunch of offers after getting a go-ahead from the VC fund, he had also organised a funding announcement party in a week. “I felt as if somebody had bombed me,” he recalls. 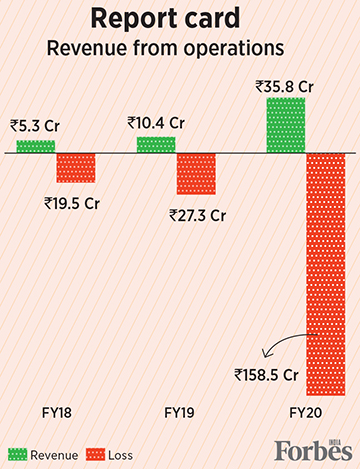 The sense of urgency was natural because Vedantu was left with a runway of just three weeks. With no money coming, the startup knew its future: It was about to die. Krishna had to bite the bullet. Around 30 percent of the staff were asked to leave. “It was probably the lowest point in our journey,” he recalls. To make matters worse, one of the co-founders exited. The crisis taught the co-founders two more lessons: First, not to count the chickens before they are hatched; and the second was value the money when it’s more than what one has asked for.Krishna explains how a big mistake came back to haunt the entrepreneur in 2017. When a startup gets funding more than what it really requires or expects, he underlines, it propels the founders to make mistakes which otherwise they wouldn’t have committed. Vedantu didn’t have to sweat to get its first funding of $5 million. What was also a cushion for the co-founders was the kitty they had on the back of a profitable exit from their earlier venture.Money elbowed wisdom to the back seat. Krishna and his team didn’t look at the unit economics of one-to-one live teaching model, which could have never scaled in a country like India. Reason: The price point was very high. “It’s almost Rs 500-Rs 600 per hour,” he explains. Even a margin of 20-25 percent is quite low. In education, he lets on, one must operate at 50-70 percent kind of margin. “We tried to scale but ended up burning cash,” he rues. Spending precious money on marketing, when it was not needed, bloated the bottom line.Meanwhile, back in hospital, Krishna, along with his two co-founders, huddled for an emergency meet. The trio decided to stay transparent with the team; the situation was explained to the employees and the existing investors; and Accel came to the rescue by pumping in a million dollars to tide over the crisis. “Conviction and belief got us through,” he says. A year later, Vedantu raised Series B round of $11 million in November 2018. Three quarters later, it started pouring. Series C of $42 million happened in August 2019; another round of $24 million took place after five months in February 2020; just two months later came another small round of $7 million, and then came the massive $100 million in July last year. The pace of funding matched the trajectory of valuation. In September 2019, Vedantu was valued at $23.5 million. Two years later, it touched $1 billion and turned unicorn.

For Krishna, valuation and funding don’t mean much. And rightly so. The entrepreneur has had his share of knowledge, learning and wisdom. “At times what you chase is what you become,” he says. “We are not chasing valuation,” he underlines. At times, he stresses, you get much more than what you deserve. “And at times you don’t get. So, it evens out,” he says, adding that he was a middle bencher during his school days. The view, at times, might be best from the front bench or be hazy from the last bench. The best perspective and view lie somewhere in between.For Vedantu, the next big goal is becoming a half a billion company in revenue over the next two and a half years. “The bigger goal for us is to create a long-term sustainable company,” he says. The company, he adds, is still posting losses. Krishna, though, is not much bothered. “When you have a strong contribution margin, you can always calibrate that,” he says. The confidence of the entrepreneur comes from the knowledge that he has amassed over the last so many years. The wisdom, though, would be to strike a reasonable balance between the top line and the bottom line. It’s a priceless lesson that the engineer-turned-teacher would surely not forget.

Tweets by @forbesindia
For sale now: US-supplied weapons in Afghan gun shops
Photo of the day: Home for jute