DST Global, Falcon Edge and SoftBank Vision Fund 2 lead the Series F equity round in the online used-car selling unicorn, which is now valued at $1.84 billion 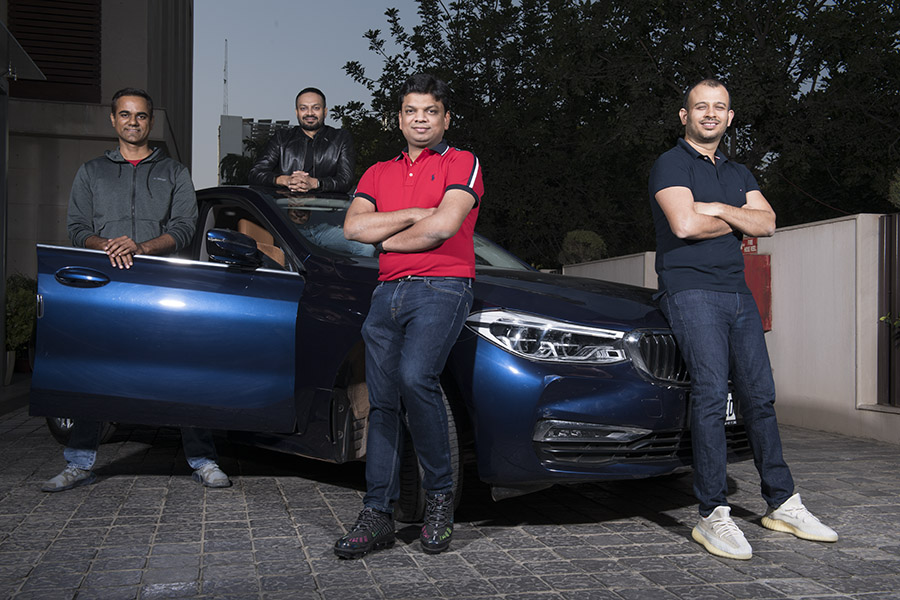 Online used-car and bike-selling unicorn Cars24 has raised $450 million (Rs3,685 crore) in Series F round of funding, which includes $340 million (Rs 2,506 crore) in equity led by DST Global, Falcon Edge and SoftBank Vision Fund 2, and $110 million (Rs 811 crore) in debt from diversified financial institutions. The latest round, the biggest for the six-year old startup, also saw participation from Tencent and existing investors such as Moore Strategic Ventures and Exor Seeds.
The investment would be used to expand global presence as well as accelerate cars, bikes and financing business in India.

“Our business is capital-intensive,” says Vikram Chopra, co-founder and chief executive officer of Cars24 in an exclusive interaction with Forbes India. Cars24 is setting up capacity to re-condition over 20,000 cars in Delhi, Mumbai, Bengaluru and Hyderabad. The company, he says, needs a lot of capital investment to set up warehouses, reconditioning units, and logistics to move the cars. “Over the last three months, the India business has grown 50 percent,” he says. The company, he claims, is clocking a revenue of over $1 billion (Rs 7,370 crore).
The international business of Cars24, which started early this year with UAE and Australia, has also hit the high note. “They now make up 10 percent of the revenues,” Chopra says.
The bike vertical, which was started this year in Delhi, is gathering pace. “We have sold over 1,000 bikes so far,” says Chopra, who has raised $110 million (Rs811 crore) in debt, clubbed in the latest round of funding. “Now people can more accurately assess the value of the asset, given that our inventory is huge,” he explains, adding that Cars24 is the largest owner of used cars in India. While underlining that an Initial Public Offering (IPO) makes sense strategically for the business, Chopra stresses that the company is not yet ready to take the IPO route. “There might be a window for IPO in the future,” he says.
The investors are bullish on the domination of the used-car unicorn in the segment. “They have emerged as the undisputed leader in the used car space in India,” says Rahul Mehta, managing partner at DST Global. Cars24’s early traction in the international markets, he says, is exceeding expectations. “We love backing founders who are bold and ambitious thinkers,” he adds.
Navroz D Udwadia, co-founder of Falcon Edge Capital, points to the aggressive scaling of the business during the pandemic. According to him, Cars24 has cemented its first-mover advantage by building wide-ranging supply side moats, which in turn drive demand. “It is rare to find a business as focused on the consumer experience and as driven to ensure it is outstanding via the use of data science and technology,” he says.
Chopra, for his part, explains how the pandemic provided much-needed tailwind for the used-car market. “In our business, the biggest problem is not conversion, but trials,” he says. It is only when a consumer tries to buy or sell a car online that he gets to know the ease of transaction, efficiency of coming online and the impact of the platform in ensuring a hassle-free experience. “During Covid-19, people started coming online and there was a huge spike in traffic,” he says, adding that the company would stay focused on the core business rather than try doing multiple things like car insurance. “Despite being the leader, the headroom for growth is massive. We have a long way to go,” Chopra says.