The used-car selling platform is steering into foreign markets to fulfil its international ambitions. Will the Indian unicorn's gambit pay off? 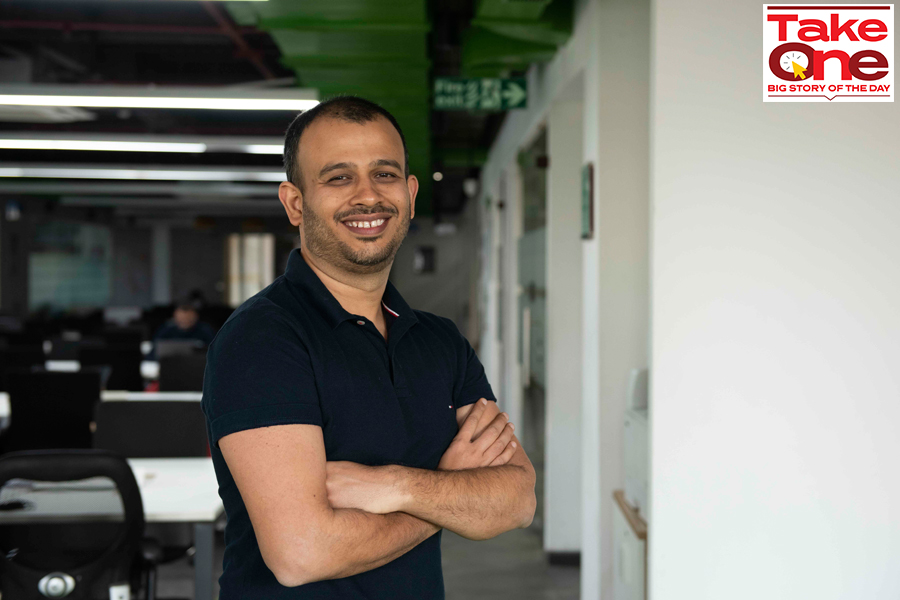 The ‘question and answer’ session was slated to start at 9.30 am Australian time. Olga Rudenko was punctual. On a bright Monday morning last October, the Australian opened her laptop, grabbed a warm cup of coffee and logged on to a Zoom call. The interviewers were running a bit late. “My alarm clock ran out of battery,” rued Vikram Chopra at 4.45 am in India. He hurriedly called Mehul Agrawal. “Olga is waiting. Let’s hurry,” he said in a groggy voice. The duo finally came online after 25 minutes. “Sorry for being late,” Agrawal apologised once the interview began at 9.40 am Australian time.

The co-founders of Cars24, a used-car selling platform which turned unicorn last November after it raised $200 million in a Series E round led by billionaire Yuri Milner's fund DST Global, were just getting a hang of one of the flip sides of synchronising global operations sitting from their Indian headquarters in Gurugram. “We knew the time lag would be one of the irritants,” accepts Chopra.   Back in August 2015, there was another ‘lag’ that Chopra and Agrawal, along with their friends—Ruchit Agarwal and Gajendra Jangid—had to contend with when they started Cars24. They were late in the game. The three big boys—CarWale, CarDekho and CarTrade—in the used car market had a massive head start. While CarWale opened its account a decade back in 2005, CarDekho and CarTrade started in 2008 and 2009, respectively. “The odds were heavily stacked against us,” recalls Chopra. Scepticism, therefore, was natural. ‘Is there a room for one more used car player?’ and ‘Are you not too late in the game?’ were some questions hurled at them by venture capitalists (VC) and analysts.

Five years later, the co-founders found themselves with a feeling of déjà vu. This time, though, the nature of the questions had changed. From ‘Have you got the timing right in going global?’ to ‘Nobody in the used car space has made such an audacious gambit. Can you guys pull it off?’ and ‘What if you lose focus in your home market and somebody topples you from the top pecking order?’, they grappled with searing questions. Foraying overseas in the midst of a pandemic looked like a daredevil act.  Chopra, however, knew the upside of either being late or doing something crazy. “If people are betting against you, the upside becomes quite high,” he says. The co-founders had done their homework in sizing out the overseas opportunity. The used car market in Australia and New Zealand is estimated to be at $60 billion. Around 1.9 million used cars are sold to Australian consumers each year, and a good chunk—50 to 67 percent—is sold privately. The opportunity in the Middle East, where Cars24 is planning to start operations next, stands at $40 billion. Compare this with India’s: $22 billion. “We want to build a large auto company out of India which will dominate the used car space globally,” says Chopra. “This is the aspiration with which we decided to step out of India.” 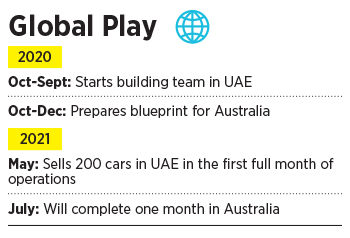 Is the timing right? Does it make sense to look for greener pastures outside India during a pandemic? Chopra reckons the timing is perfect for a global ride. In fact, the idea of making an overseas foray first got seeded in August 2019 when the co-founders decided that the startup should eventually look at having a footprint in most countries. Some ideas, underlines Chopra, are universal in nature. Take, for instance, ride hailing or food delivery. “The point is if you are not doing it, somebody else would do that,” he stresses.   Three factors motivated them to make the audacious bet. First, Cars24 had become the largest used car player in India by transactions. The aggressive domestic play, the Cars24 core team reasoned, could happen simultaneously with the global play. Second, the lockdown in 2020 brought to the fore the need to look beyond India. Having multiple engines of growth made more sense than putting all eggs in one basket. Third, the startup had stocked enough ammunition in terms of capital to invest in global operations. 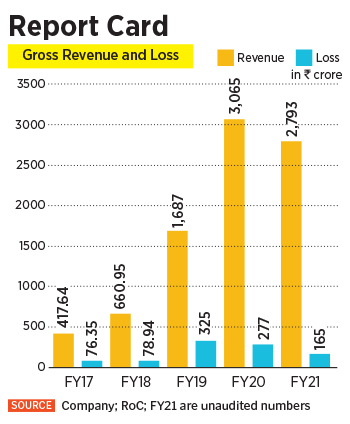 “We are not burning too much capital in India… and last year we raised $200 million,” says Chopra. The losses, he claims, have steadily come down from Rs 325 crore in FY19 to Rs 165 crore in FY21. Gross revenue during the same period jumped from Rs 1,687 crore to Rs 2,793 crore. However, the pandemic blues, which resulted in a loss of six months in FY21, hit the business hard. It came down from Rs 3,065 crore in FY20 to Rs 2,793 crore in FY21. Though the second wave has brought down the business by 30 percent, Chopra reckons there is no need to panic. The pandemic, he underlines, has created a massive shift towards online transactions and the need of having personal means of mobility.   India’s online used car market is set to grow at a brisk pace. From $2 to $3 billion, it is estimated to explode to $20 billion by FY25. The used car industry, pointed out HSBC in its equity report last month, is likely to grow at an 11 percent CAGR (compounded annual growth rate) over the next five years: From $22 billion to $50 billion. In terms of units of used cars sold, it means a jump from 4.4 million in FY21 to an estimated 7.7 million in FY25. The surge would be led by a pick-up in new car sales and the digitisation of the used car value chain. The share of online sales, the report highlighted, will likely grow significantly, accounting for 30 percent of the used car supply in five years.   The global market, too, is set to mirror a similar trend. But what makes the global play tantalising is not the volume but the value. Take, for instance, Australia. Though the size of the Australian consumer used car market is just 1.9 million per year—compare this to India’s 4.4 million in FY21—in terms of value it translates to a staggering $50 billion as against India’s $22 billion. Cars24, explains Chopra, is set to make an aggressive global push. “Our United Arab Emirates and Australia business is live, and we will soon step into Southeast Asian countries,” he says. The headroom for growth, he lets on, is massive.   Backers of Cars24 are optimistic about the foreign ride.

India, points out Rahul Mehta, is a powerhouse of engineering and operational talent. The managing partner at DST Global, which led the $200 million Series E round in Cars24 in November 2020, asserts that the fund loves backing founders who are bold and ambitious thinkers. “It’s time for global champions to emerge out of India,” he says. Buying and selling pre-owned vehicles is a frustrating process for consumers globally. With Cars24 being an undisputed leader in the space in India and its founders having invested significantly in product innovation, user experience and organisational capabilities, it’s ready to expand internationally, adds Mehta. 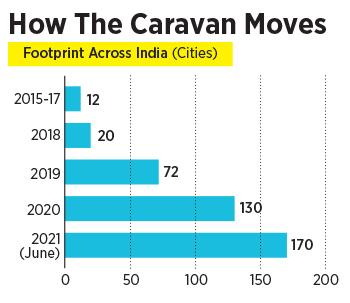 In fact, Cars24’s $200 million round astonished industry watchers. The used car major had been growing at a steady pace, it had losses under control and a presence in over 130 cities. ‘Was there any need for more capital?’ they asked.   Chopra has the answer. A big part of that money was meant for its global foray. Raising $200 million in one go as compared to managing a cumulative $200 million, which the startup did over five years—since its inception till last November—was Chopra’s way of hedging the bet. “We have our parachutes strapped on,” he smiles. For Cars24, he explains, there were two big risks to be covered. First was the capital risk, which the last funding round took care of. The second was the human risk. The co-founders decided to take a step back, and appointed an India CEO this February to run the country operations. For Australia, Rudenko was given the role of country head. Similarly for UAE, there is another person looking after the operations. The risks, he reckons, now are fairly covered. 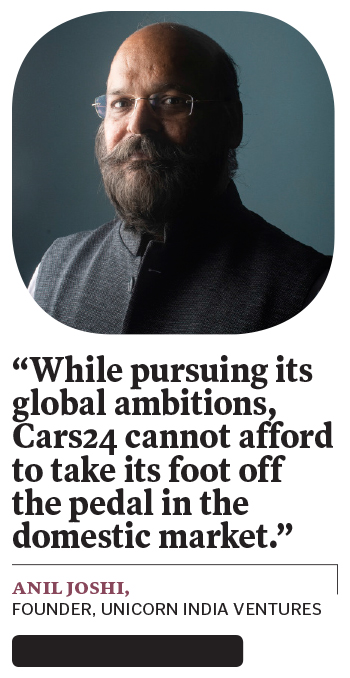 Industry watchers, though, point out another risk: Loss of focus. While the global opportunity might be lucrative, one needs to be careful about not ignoring the domestic market. The Indian market may be small today, but it is tipped to grow at a furious pace, says Anil Joshi, founder at Unicorn India Ventures. Cars24, he reckons, should not spread itself too thin. Global opportunity makes sense as long as one has got the home market covered.  Chopra, for his part, points out a ‘weird’ kind of potential risk. The founders, he underlines, can be control freaks. “They don’t let things go out of their hands,” he smiles. The interview with Olga last October, he recalls, turned out to be a psychometric test for the co-founders. “She was trying to assess us on how big control freaks we are,” he laughs. The interviewee started hurling questions at the interviewer. What kind of liberty would the country head have in taking calls? Would the day-to-day operations be micro-managed by the co-founders from India? “It was important for her to know who we are and how much of room would she get,” he says.   Cars24’s foreign gambit, as well as its India story over the next few quarters, would largely depend on how much control the co-founders cede to their team.

Tweets by @forbesindia
Ferrari is racing into fashion
Victoria's Secret swaps angels for female empowerment. Will women buy it?