Here's a book that focuses on the stories of the last three rulers of Dungarpur. If you are a history buff, do pick this up. Bookstrapping rating: 3 stars 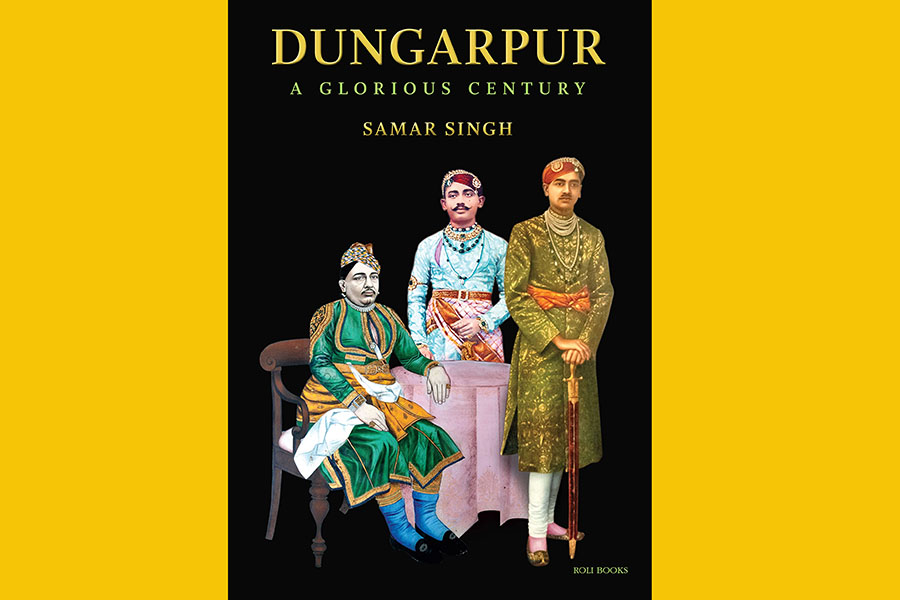 The book focuses on the last three rulers who ascended the throne at the tender ages of 7, 10, and 10 again respectively.

For 776 years, the Dungarpur state was ruled without a break by a single family, despite all the countless invasions and incursions of the time.
That's eight centuries and definitely a very long inning. Precisely what piqued my curiosity with this book. Very few princely states in pre-independence India or elsewhere in the world have such a record!

Descendants of the Sisodia's of Udaipur, the Maharwals of Dungarpur represent the elder branch whereas the rulers of Mewar represent the younger branch. Let's look at what made them tick.
The book focuses on the last three rulers who ascended the throne at the tender ages of 7, 10, and 10 again respectively. Three minors became highly successful rulers, thanks to a support structure that assisted them ably - a political agent, the state executive council, and significant elders of the family who were committed to the bloodline. This is quite rare because ‘power’ can entice families to turn on each other.
The rulers were progressive. Maharwal Uday Singh (1846 to 1898) worked to stop the practice of female infanticide and Sati, which were extremely common in Rajasthan. He was also an active participant in the social and economic reform of his people.
Maharwal Vijay Singh (1898 -1918) believed in exhaustive legwork- he toured the state and got to know firsthand, the problems on the ground. He was the first to introduce the practice of elections for the Dungarpur municipality. His administration was prompt to take up the grievances of the people and the British residents were all praise for him.Also listen: Jimmy Soni on Elon Musk, Twitter as a stepping stone for everything app X, the PayPal Mafia and more
Maharwal Lakshman Singh (1918-1948) sacrificed his career as a cricketer in the interest of the service of the people of the state. He remained active even after independence.
The family was able to visualize an India where the princely states would come together and were among the first to sign the Instrument of Accession (for the formation of India.) When Dungarpur was merged into the newly formed Rajasthan state in 1948, Maharwal Lakshman Singh did not sit back. He entered the Indian parliament as an independent member of the Rajya Sabha from 1952 to 1958. In 1980, he was persuaded by Congress leader Indira Gandhi to join the Congress Party. He was subsequently elected to the Vidhan Sabha.
This is an important story and there is an excruciating amount of detailing contained in the book- the names, the photographs, and particular events- are all there. A bit of indexing, graphic family trees, and a few diagrammatic representations would’ve definitely helped the reader along. Written by Samar Singh, a descendant of the family, there is obvious cooperation in the creation of the book itself, which makes the longevity of the family’s reign more credible.
Reeta Ramamurthy Gupta is a columnist and bestselling biographer. She is credited with the internationally acclaimed Red Dot Experiment, a decadal six-nation study on how ‘culture impacts communication.’ On Twitter @OfficialReetaRG.

Tweets by @forbesindia
Forests of the future: A national economic opportunity
Rise of fintech 2.0 - The next phase of fintech evolution