These social enterprises have been helping corporates with CSR, long before it became law 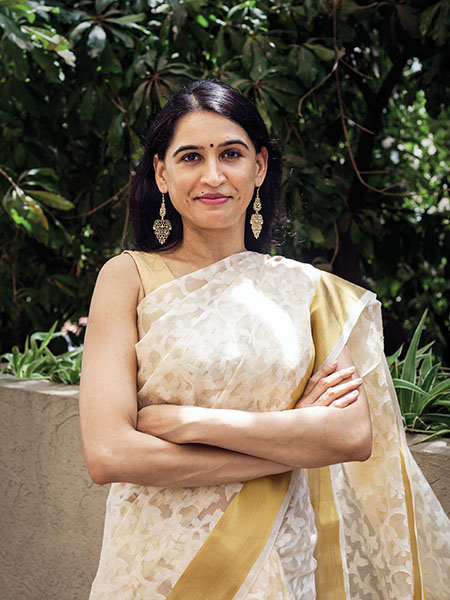 Priya Naik, CEO, Samhita Social Ventures Pvt Ltd
Image: Aditi Tailang
Ever since a 2014 law that made it compulsory for companies to spend 2 percent of their net profit on Corporate Social Responsibility (CSR), the sector has been brimming with activity. But even before then, some enterprises had been working with big corporates to help with everything from assessing to implementing CSR activities. Forbes India looks at two such enterprises.

Samhita Social Ventures
Priya Naik’s mission is clear. “India has a vibrant social sector and there are complexities associated with the nation too,” she says. “We want multiple stakeholders to come together, collaborate and create value using their core competence.”

Her eight-year-old company, Samhita Social Ventures, is one of India’s largest social enterprises that collaborates with companies to develop impactful CSR initiatives. It is one of the few enterprises that helps companies build CSR strategy, programme design, implementation and on-ground assessment. It focuses on water and sanitation, clean energy and skill development, and its clients include multinational firms such as Reckitt Benckiser, Titan and Hindustan Unilever.

“There are three types of projects that we usually undertake,” says Naik, 38. “One is where we co-create the strategy for companies and then monitor and evaluate the work. The second is where we advise companies, and they pay us to implement the projects, such as midday meals in government-run schools. The third is strategic projects, where we manage the projects entirely for companies.”

Naik studied Public Policy at the University of Michigan, where she got an opportunity to work with the International Finance Corporation in four African countries and later at the Poverty Action Lab, Cambridge, Massachusetts. She credits Nachiket Mor, former deputy managing director of ICICI Bank, for suggesting the idea of collaborative action to create social value, following which she started Samhita.

The enactment of the new law also helped. “Before 2014, CSR wasn’t much of a focus, and there was a lot of delay in decision making. So, we started providing consulting and project management services, but it wasn’t as large as it is today. The CSR rules helped us expand this practice,” she says.

Now the Mumbai-based company wants to ensure they create flagship projects across the country. For instance, Samhita has created a platform in partnership with the Maharashtra government to improve water, sanitation and hygiene practices. “We had analysed the practices of the top 100 companies, and found they were repeating their mistakes, which is simply creating infrastructure,” Naik says. “But, we must ensure behavioural changes. So we brought different partners to work on it.” 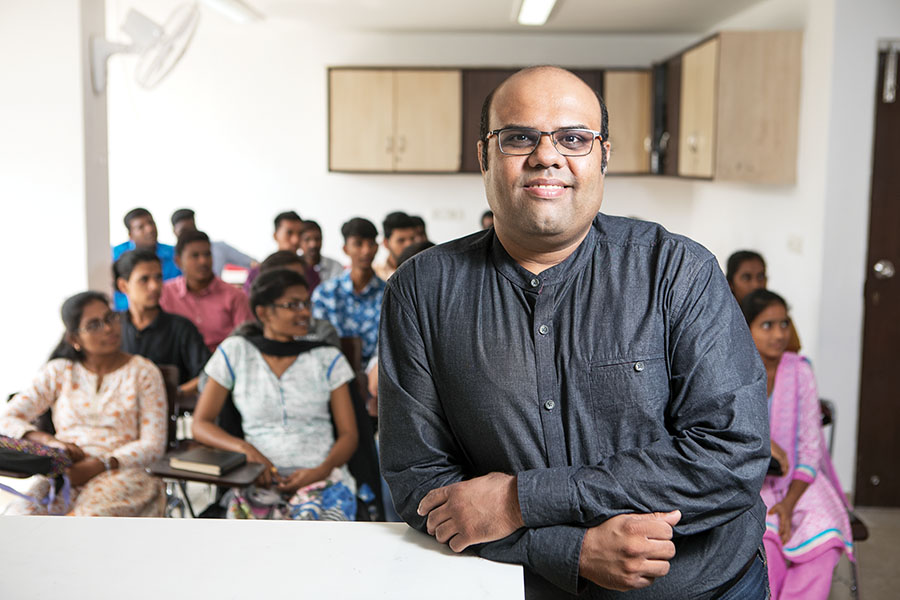 After working with Dell, and helping set up their CSR arm, Murthy, who has a degree from Insead, France, decided to do more community projects with participation from companies and donors. The idea, Murthy says, was to develop projects that can be scaled up pan-India.

Along with his partners Aarti Mohan, Rathish Balakrishnan and Vikram Rai, he set up Sattva Consulting in 2009. “There was always a focus on innovation, and design in the CSR space, but not on scalability. We began focusing on projects that can be scalable,” he says. Between 2009 and 2013, Sattva worked across states, focusing on areas such as skill development, health and hygiene, and rural development.

The big turning point, however, came with the new CSR law in 2014.  But, even then, it took the company a few more years to establish itself, primarily because it was based out of Bengaluru, a tech hub. “Most of the companies are based out of Mumbai and Delhi and that was a challenge,” Murthy says.

Since then, Sattva has been busy helping companies plan their CSR projects with funds between ₹1 crore and ₹25 crore. “We have three areas of focus,” says Murthy. “There is the consultancy part, where we advise companies on implementation. Then there is the solutions business where people who want to invest come to us, and we do all the CSR work for them.” The third focus is on providing research on the CSR sector.

It also works to bring together companies and foundations for projects that can eventually be scaled up. “ Last year, we did a pilot project where as part of a large multinational company’s CSR, we taught personal finance and investment methods to 1 lakh women,” says Murthy. “That project is now being extended to three states.”

So where does Sattva go from here? “We want to continue bringing in various partners on a common platform and create projects that can improve people’s livelihoods. Large foundations have a huge role in scaling up programmes, and if we can help bring companies to collaborate, it will go a long way.”

Tweets by @forbesindia
Mental fitness of our youth: An urgent need to address
Venture catalysts: The women who are taking on Silicon Valley's old boys' club