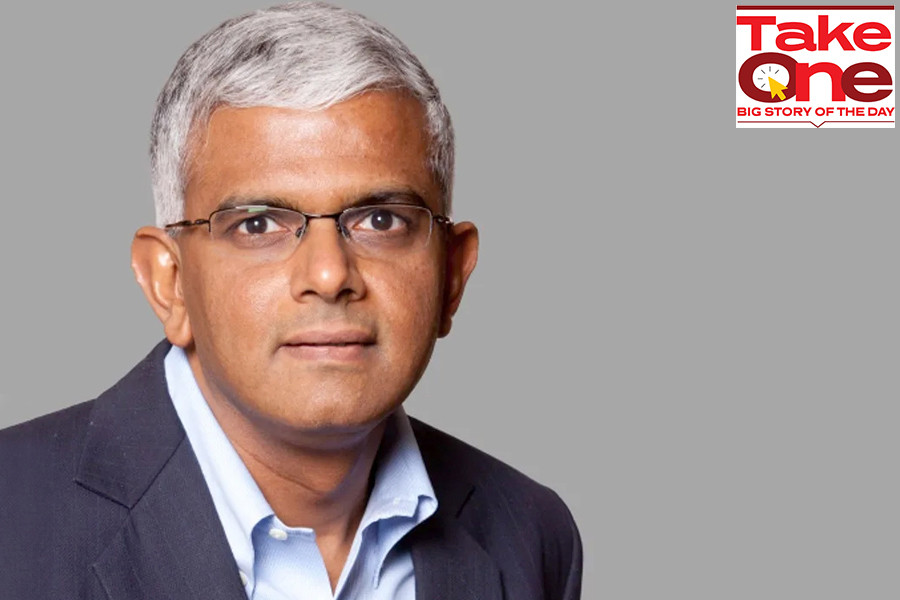 After starting out as an intern at the global FMCG giant, Procter & Gamble (P&G), in 1995, Vaidyanathan has now been handed the baton to drive P&G’s growth in India, as the Cincinnati-headquartered consumer goods giant navigates its way out of a pandemic.

Vaidyanathan, an IIM-Ahmedabad alumnus, will take over as the India head of P&G from July 1 after a successful stint in Indonesia where he led the group’s business through the Covid-19 pandemic. The 49-year-old started his started his career with P&G in 1995 as an intern and joined the sales team from campus in 1996. Since then, he has spent more than 26 years at the company across geographies, such as India and ASEAN countries including Singapore, Philippines, Thailand, and Vietnam.
“Under his leadership, the Indonesian business has transformed to become value accretive for the parent company and has overtaken a formidable competitor in the market by turning around the share gap in the last four years," the company said in a statement. P&G currently sells baby diapers, blades and razors, feminine care, shave prep, health care, skincare, and shampoos in India.

The company operates three entities in India, two listed and an unlisted arm that have a combined revenue of around Rs12,000 crore annually, roughly $1.5 billion. In contrast, P&G Global has an annual revenue of $76 billion, which means that the company is far lagging the massive opportunity in one of the world’s largest FMCG markets. India’s FMCG market is expected to grow $220 billion by 2025, from $110 billion in 2020, according to the Indian Brand Equity Foundation.

That means, Vaidyanathan, the P&G veteran, will certainly be looking at transforming the Indian arm’s operation to capitalise on the strong growth prospects in the country. The bespectacled executive is a fan of Satya Nadella, the Chairman and CEO of Microsoft, and will look to emulate Nadella in bringing change to the culture and the image of the company.

“We will raise the bar on all aspects of our superiority strategy—product, package, brand communication, retail execution, and value,” Vaidyanathan said in a statement. “We will continue to drive productivity improvements to fund investments in innovation and help drive balanced top-and bottom-line growth. As a focused and agile and accountable organisation operating at the speed of the market, we will also aim to lead constructive disruption across the value chain in the industry.”

After his internship with P&G, Vaidyanathan built up his career across various sales leadership roles across India. His first international assignment was in 2004 in P&G Vietnam, where he worked as the sales director. Between 2007 and 2018, Vaidyanathan worked across various leadership roles in the company in the ASEAN region, including head of sales for Southeast Asia and head of marketing and commercial for Philippines. In 2018, Vaidyanathan was elevated to the role of CEO, P&G Indonesia.

In 2021, Vaidyanathan gave a glimpse of his job at hand, and how he goes about his work. “The core part of our business relies on innovation,” Vaidyanathan said in an in interview. “And the way we design products and proposition first starts with understanding the consumer. Then we design products, which offer superior performance and superior value. Once we have that, we market that to consumers in a way that is most receptive. Propositions are designed to appeal to the millennials, and boomers and the demographic keeps shifting. The core which is to design products which offer superior quality and value doesn’t change. The way we bring these propositions to life has evolved.”

Vaidyanathan, who often starts his day with long runs or yoga, is also a passionate advocate for equality and inclusion, and under his leadership, P&G has managed to have 50 percent women representation in their leadership team, the company said in a statement.

“He has also stepped up the company’s focus on environment sustainability in Indonesia where all of the company’s manufacturing sites have become ‘zero manufacturing waste to landfill’, and the company is working with external stakeholders to innovate and develop technology that can accelerate efforts to advance the circular economy,” added a statement from the company.

Tweets by @forbesindia
India's latent crypto potential is set to be unleashed
ByteDance highest-valued unicorn in the world; BYJU's among top 15