Meet the Speed Guns: Can Zepto live up to its billing?

Two 19-year-old Stanford dropouts are writing the A to Z of Q commerce in India with speed, guts and gusto 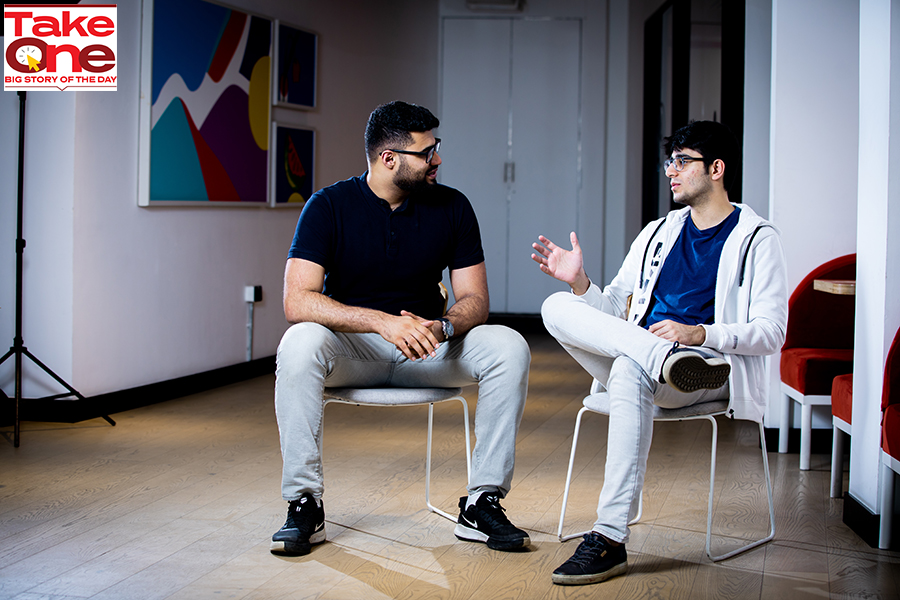 Blame it on 19. It makes you cocky. “I was 11 when Grofers started,” says Aadit Palicha, co-founder and CEO of Zepto, a 10-minute grocery delivery app started in April last year. “While they raised $100 million recently, we've been around for five months and raised $160 million,” he says, brimming with brash confidence.

Blame it on 19. It adds swag to your ‘so what’ talk. “We got a valuation of $570 million in five months. That’s double of Dunzo,” he said in an interview to Forbes India in the last week of December. A few days later, Reliance Retail led a $240-million funding round in six-year-old Dunzo reportedly at a valuation of $800 million. A lot of people, lets on the 19-year-old Indian-origin founder who completed his schooling from Dubai, can talk about legacy players who have been there for a while but he says he’s not bothered. “We are doubling or tripling every month in scale,” he claims.

Blame it on 19. It makes you fearless. “Fear is a very irrational emotion,” reckons Palicha, a Stanford dropout and Y Combinator alum who co-founded Zepto with Kaivalya Vohra, a friend of the same age, traits and academic achievements. If one is making a decision out of anger or when one is scared, he explains, then they turn out to be wrong. “The mentality has to be cold-blooded,” he adds. One has to be calculative about the decisions. “We make rational decisions.”

Blame it on 19. It makes you hyper ambitious. “We want to grow 40x and build a $20 billion company over the next couple of years,” says Palicha. “We have hit escape velocity,” he says. Zepto—a name derived from the smallest time unit ever measured Zeptosecond—indeed seems to be defying physics for the time being. It’s present across seven cities, has built 100 micro-warehouses, each with a capacity to do over 2,500 orders a day, and have got backers like Glade Brook, Nexus, Lachy Groom, Y Combinator and Global Founders Capital.

Blame it on 19 because only a 19-year-old can think of looking for a silver bullet from Day 1. The reason is simple: Impact. “I need to get it right in the first time,” says Palicha, who started with 45-minute delivery but very quickly switched to a 10-minute format. The logic of ‘scale fast and fail fast’, he explains, works well in a software business. “I’m not building a bits and bytes business. I am building an atom’s business, which is capital intensive,” he says. The option to fail, he underlines, in such businesses doesn’t exist. 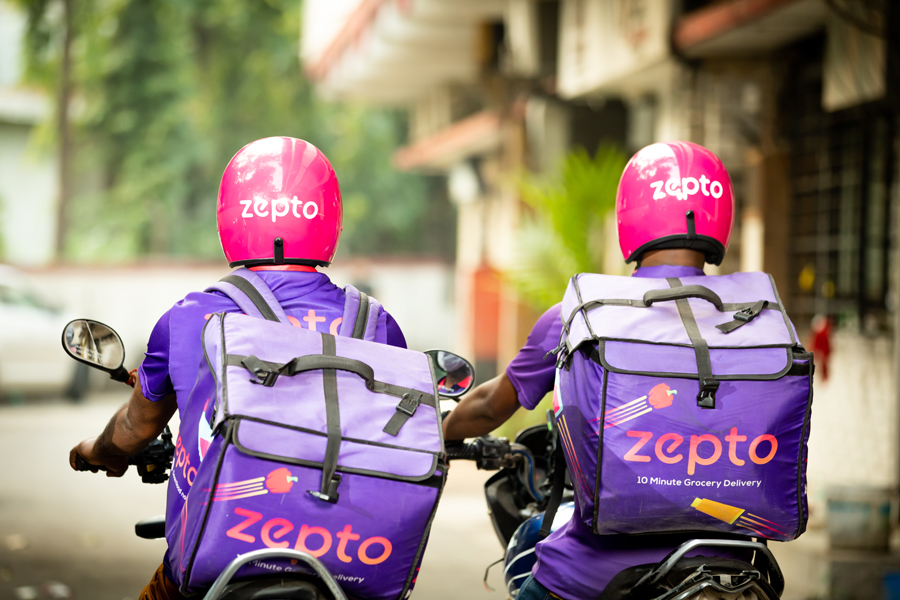 The journey started with 45-min delivery. But then came a quick realisation, again based on a new set of data. As the platform scaled, users started preferring deliveries in 10-15 minutes

Back during the lockdown months in 2020, Palicha and Vohra too ran out of options in Mumbai. Getting grocery delivered the same day, forget on time, was a big ask. Apart from perpetual delays, the assortment was an equally big pain point for the friends who had got into Stanford to study computer science. But the duo soon realised that there was an opportunity to build a business by doing rapid delivery of groceries. An interesting set of data helped them make their decision to take a plunge into a grocery venture instead. Over 60 percent of groceries bought in urban areas are estimated to be unplanned.

The journey started with 45-min delivery. But then came a quick realisation, again based on a new set of data. As the platform scaled, users started preferring deliveries in 10-15 minutes. When Zepto got into the quick act, there was a huge spike in frequency of usage, a massive boost in retention and huge consumer delight. “For us, rapid grocery delivery made loads of sense,” says Palicha, dishing out another reason for sticking with the 10-minute platform. “It was the real way to convert people from offline to online,” he says. Instant experience and instant gratification led to quick commerce for the duo. He claims that the business model has product-market fit, and unit economics are fundamentally strong, though he declines to share the revenue numbers. 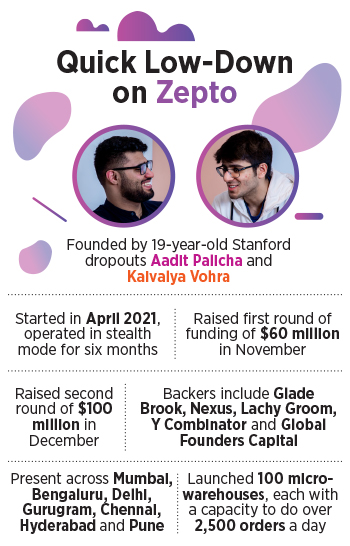 The backers are delighted with the growth story. “They are disrupting e-commerce in India in a way we’ve never seen before,” says Suvir Sujan, managing director at Nexus Venture Partners. What’s impressive about the young team, he adds, is innovative mindset, technology-first thinking, and lightning-fast execution.

Industry watchers reckon that the raging pandemic has made quick commerce a darling for venture capitalists globally. And the space has become exciting. Look at Gopuff, America's biggest quick commerce company, which is valued at $15 billion. The Philadelphia-based company raised $1 billion last July, accounts for more than 70 percent of the US market, and is now reportedly in talks to raise $1.5 billion at a valuation of up to $40 billion. Founded in 2013, Gopuff is most likely to go for an IPO in mid-2022.

Then there is Getir, a Turkish startup valued at $7.5 billion. It raised $550 million from the likes of Silver Lake, Mubadala, Sequoia and Tiger Global in July last year. The seven-year-old Istanbul-based grocery delivery app reportedly raised almost $1 billion last year. In Germany, there is Gorillas which is valued at $3 billion. The quick commerce player is reportedly in talks to raise at least $500 million at a valuation of $6 billion.

Back in India, pandemic tailwinds have resulted in the rebirth of a hyperlocal delivery segment, which saw its heady days back in 2014-15 but soon got littered with the corpses of shuttered ventures. Experts put the blame for the failure of the first wave of startups on timing. The consumer connect was low; users didn’t develop the habit of ordering from an app, and the product-market fit was missing. 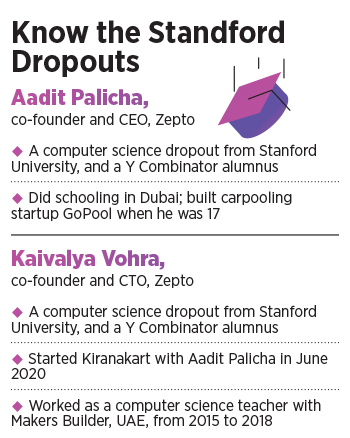 “The rebirth of hyper local can be seen from two perspectives,” says Nimesh Kampani, cofounder of Trica, a platform for family offices and UHNIs to invest in startups. The first is long-term improvement in technology. The second factor is the pandemic, which has changed consumer behaviour and resulted in frequent, impulsive shopping and faster turnaround times for deliveries. The space is attracting more eyeballs, he reckons, because this can be cloud-based, which helps in reducing overhead costs. “This helps in better customer acquisition, keeping in mind the paradigm shift from marketplace to a dark store concept,” he adds.

But is there a flip side of quick commerce, especially for a startup like Zepto that has grown at a furious pace? Palicha points out a potential one. Companies that grow too fast and without too many controls might end up blowing up in the long term, he underlines. Zepto, he claims, has put all the elements in place to ensure sustainable growth. Acknowledging that there are talks about a bubble and too much capital in the ecosystem, Palicha maintains that capital is finding its way to the right kind of companies. “Companies creating value will always get capital,” he says. “It has been a crazy ride so far,” he says about his thrilling journey.

The 19-year-old, though, might just need to be careful about speed, or too much speed. But does it really matter? Blame it on 19. Speed thrills.