Trust and sales of a brand often don't move in tandem, but it's difficult to get the latter without the former. Inside the first Forbes India-TRA Research study of India's most respected consumer tech brands 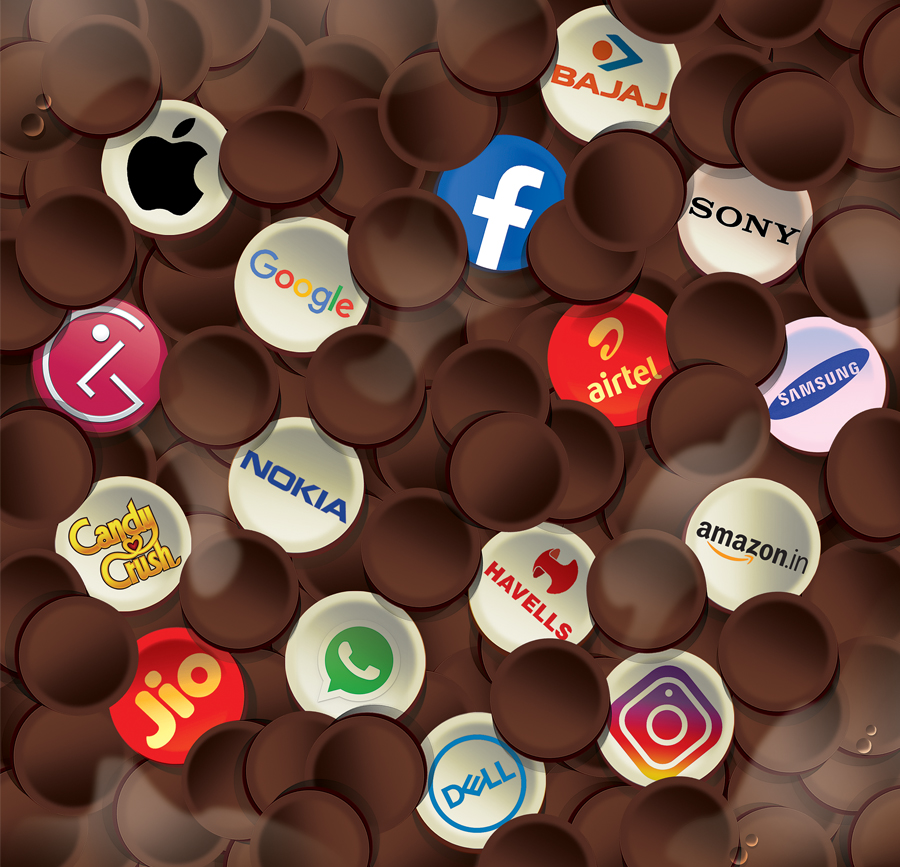 Once upon a time, there were six blind men in India…” is how the parable goes, based on an adaptation of a poem written by American poet John Godfrey Saxe in the 19th century. All the men tried to figure out how an elephant looked based on their perception of touch. The first man moved his hands across the jumbo’s body and found it hard, big and wide. “The elephant is like a wall,” he deduced. The second one touched the tusk, which was smooth and sharp. “It’s like a spear,” he said.

The third man got hold of the trunk. The long and wiggly part made him infer that the elephant is like a snake. The fourth man, who touched the legs, thought the elephant was like a tree. The fifth, after touching one of the ears, felt it was a fan, and the last man reckoned that the animal was a rope after laying his hands on the tail.  While all of them quarrelled about their finding based on their perception—which was true in parts—they were far away from reality.

How big is the gap between perception and reality? Former professional American football coach Bill Cowher once remarked: “Perception is reality, but it may not be actuality, and you have got to be able to keep the difference between that.”

That’s a good lesson to remember when diving into perception-based surveys, and it’s no different when it comes to the first Forbes India-TRA Research study on India’s Most Respected Consumer Tech Brands. The findings, based on the perception of trust, reinforce the reality that while perceptions of trust and respect are critical for brands, they don’t necessarily correlate with market share.

Take, for instance, Apple, the second-most respected brand in the study, beating rivals like Samsung, Xiaomi and Oppo. But when viewed through the filter of sales, Apple doesn’t even corner 2 percent of the Indian smartphone market as compared to, say, the biggest player Xiaomi, which had a 27.1 percent share in the third quarter this fiscal, followed by Samsung with 18.9 percent. It’s the same story for the most respected brand, Dell; it trailed Lenovo and HP in market share in the June-September quarter.

“Mind share doesn’t always translate into market share,” contends Tarun Pathak, a tech analyst and associate director at Counterpoint Technology Market Research. It’s rarest of rare, he adds, when brands score high on both the parameters. While iPhone and other Apple products might be the first preferred choice for a majority of consumer, the game changes when it comes to acquiring the brand due to its prohibitive pricing. “The reality of pricing,” says Pathak, “beats the perception of trust here.” A high level of trust can also be a result of equity built over decades even though the brand may have gone through a decline. Case in point: Nokia.

Perceptions may not always be accurate, but fact is that brands are largely defined by them. N Chandramouli, CEO of TRA Research, explains that in personal, public and professional life, a person often acts on the basis of incomplete information. Without trust, all decisions would take considerably more time and effort, if not fail altogether. “A brand’s respect is the soul of its trust, making the brand a living force to help transmit the brand-idea through the stakeholder,” he says. A brand, he adds, is respected and looked up to only when a consumer considers it worthy of emulation. By bestowing respect on the brand, the consumer accepts it in the high-seat, devotes loyalty and promotes it through his own volition.

Trust and respect are critical, but they’re not the end game. “They don’t ensure purchase,” says Jessie Paul, founder of Paul Writer, a marketing advisory firm. While consumers may trust a Ferrari to be superfast and would want to buy it, only a few can afford one. Market dynamics, she underlines, are guided by the BANT framework: Budget, Authority, Need and Timeline. “All four have to be in place for a purchase to take place,” she says. “That’s why trust does not always convert to sales.”

Paul, on the basis of the findings of a research by Edelman, contends that customers on average trust less than 35 percent of the brands they consume. This is because they are okay to live with the risk of the brand not delivering. For example, all mobile phone companies advice the use of only original chargers, but given the price difference, many consumers will be okay with a generic one.

Doubtless, though, respect and trust add heft to a brand, more so in a competitive environment. The trust is typically built over time, and can become an effective barrier against new challengers. As Elon Musk once said: “If you’re entering anything where there’s an existing marketplace, against large, entrenched competitors, then your product or service needs to be much better than theirs. It can’t be a little bit better, because then you put yourself in the shoes of the consumer... you’re always going to buy the trusted brand unless there’s a big difference.”

Tweets by @forbesindia
Best Books of 2019, picked by The New York Times critics
Ten interesting things we read this week