Network-based loyalty programmes could help both the customer and retailer 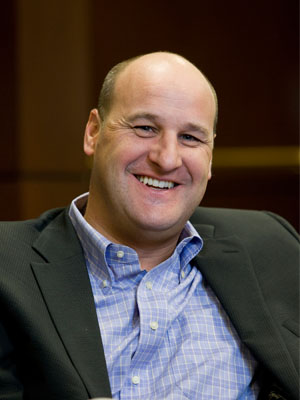 My wallet is full of loyalty cards. I need to get rid of half of them,” says an exasperated Ashish Gupta when asked about his experience with loyalty programmes. This 32-year-old manager at a manufacturing firm says he’s confused about what each individual programme has to offer. And, more importantly, he rarely believes he is getting enough value from the dozen-plus programmes he is part of.

Keeping customers loyal is a problem retailers often grapple with and Gupta’s experience is hardly unique. Over the last decade Indian companies that are focussing on acquiring and retaining customers have become aggressive about giving out loyalty cards. As a result, 42 percent of Indians in the SEC A, B and C categories are now part of at least one loyalty programme in India’s $4 billion-a-year loyalty market. (This figure includes the market for gifts, which a lot of companies use as a surrogate for loyalty programmes.) Loyalty is seen as the number one tool that allows retailers to access data on customer tastes and preferences.

This has resulted in a plethora of programmes competing for the same customer wallet. Bryan Pearson, president of LoyaltyOne, the world’s largest loyalty company, says the customer sees the loyalty programme as too cumbersome while the retailer, often lacking the expertise to understand the vast amounts of data it generates, sees it as an expense item.

What’s required is a win-win for both. Pearson, whose company set shop two years ago in India, has a plan that will help reduce the clutter around loyalty programmes — a network-based rewards programme administered by an independent company. “Indian firms are very entrepreneurial and we see that in the loyalty space as well,” says Pearson.

Over the last four months it conducted extensive customer research through Colloquy, its research arm. A few findings are worth noting. First, only 20 percent of Indians in the SEC A, B and C categories are loyal to a particular brand. Offer a better deal and they are more than willing to shift.

Second, there is no one-size-fits-all. Different customers have different expectations from a programme. So customers like Gupta, who come from the higher socio-economic category believe they are not getting enough value out of a particular loyalty programme while those in a lower socio-economic bracket say they don’t shop enough at a particular retailer to derive the benefits of a loyalty programme.

Network-based loyalty programmes will allow customers to collect and redeem points across a number of companies. More importantly, they will have to spend time understanding the fine print of only one programme. For instance, one such programme could offer benefits spread across an airline, a general merchandise retailer, an apparel retailer, a car rental company and a hotel chain. LoyaltyOne, which recently launched a network programme in Brazil, says the Indian market is ripe for retailers to collaborate with network-based programmes. DOTZ, its Brazilian programme, will eventually reach anywhere between 25 million and 40 million consumers, says Pearson.

Pearson’s plan is endorsed by Girish Khare, chief marketing officer at RewardPort, a startup in the loyalty space. “Without a network you are as good as dead,” he says. His company is working on a network-based programme for the increasing number of Indian tourists who travel to South East Asia. It has tied up with malls, tour operators and tourism boards to offer reward points and freebies to travellers visiting the region.

For now, LoyaltyOne says it is in the process of signing up partners for its loyalty programme. LoyaltyOne will sell points to retailers for every amount a customer buys from them and take on the responsibility for all redemptions. For instance, if Gupta spends Rs. 100 at Shoppers Stop, Lifestyle, or any retailer that is part of the network, he will earn 10 points. Once he accumulates a certain number of points he could redeem them for buying a ticket for his next holiday. LoyaltyOne will take responsibility for any redemption. In addition, it will share customer data with retailers in its network giving them access to spending habits and allowing them to customise offers. LoyaltyOne hasn’t as yet fixed a launch date for the programme.

So while Gupta, will remain a prime target for individual companies he will have the option to choose to be part of a network for an annual fee. Loyalty programmes with a strong network will give him more bang for his buck as well as ease the pressure on his wallet.