Can Kavin Mittal's Hike Messenger live up to its valuation?

Kavin Mittal's startup Hike Messenger is valued at $1.4 billion. Will his bets on 4G and a home-made platform pay off? 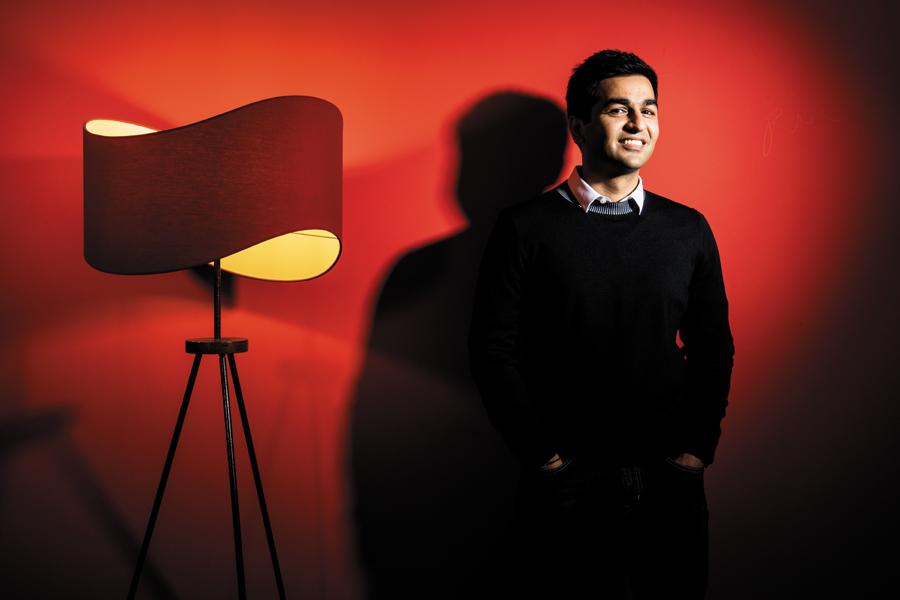 Image: Amit Verma
Kavin Bharti Mittal, founder and CEO of Hike Messenger, has a track record of striking out on his own

When Kavin Bharti Mittal launched his mobile messaging product startup Hike Messenger in December 2012, the smartphone boom was still just round the corner. Connections on 3G were few and 4G was unheard of in India. “We were still on 2G, but the market was changing every six months,” Mittal, 29, tells Forbes India. That was reflected in one of the first features on Hike, called Hike2SMS, which could be used on 2G connections. Today, Hike claims to have over a 100 million users in India, who send each other around 40 billion messages a month.

Mittal is scion to India’s biggest wireless business by subscribers that his father Sunil Bharti Mittal has built, but he has a track record of striking out on his own. He built his first startup while at Imperial College London, at the age of 19. That venture, to help people book last-minute cinema tickets, wasn’t a commercial success, but the philosophy behind it was bang on, he says; it was to give users something intuitively easy to use by tapping into a genuine need.

On Hike, in addition to standard features, such as stickers, Mittal aims to offer both greater privacy and more context-based recommendations. For example, users can tap into a ‘Hidden Mode’ so that a chat won’t show up on the phone screen. The startup’s staff of 250 includes engineers who are working on Hike’s own attempt at an Artificial Intelligence (AI)-based bot-assistant called Natasha.

However, sustaining the growth in the number of users, and eventually monetising them, remains Mittal’s biggest challenge if he is to justify the $1.4 billion valuation—announced in August this year, when China’s Tencent Holding Group led a $175 million investment in Hike—of his four-year-old startup that hasn’t made any money yet. (Mittal refused to say what Hike’s valuation was in August 2014, when it had raised $65 million, and had about 35 million users.)

Analysts say the valuation may not necessarily be very high. “Valuation of startups, particularly pre-revenue startups, is more art than science,” says Marcelo Ballvé, a research director at consultancy CB Insights. “One very rough yardstick to compare valuations for messaging apps and social media, especially when revenue is limited or nil, is the price per user.”

Japanese ecommerce and internet company Rakuten acquired instant messaging app Viber in 2014 for $900 million; the value works out roughly to nine times the number of users (about 100 million). Facebook’s acquisition of WhatsApp in February 2014 valued it roughly at more than 35 times its number of users (450 to 500 million claimed at the time). “Then the $1.4 billion valuation of Hike for 100 million users—which is about 14 times—does not seem insane. But neither does it seem particularly cheap, given the user base for Hike is geographically concentrated,” Ballvé says.

Competition, too, will only get worse as giants such as Facebook and Google square off on the mobile messaging front. Facebook’s WhatsApp is widely seen as the leader in India. At the time of its acquisition by Facebook, WhatsApp had a global user base of between 450 million and 500 million, including about 70 million in India. Today, WhatsApp says it has over a billion users worldwide.

In September, Google also entered the fray with its own messaging platform Allo that can be used with existing Google accounts. Google has already incorporated an AI-based assistant, and provides other features, including stickers and an incognito mode.

“Compared to other international players, Hike is still at an early stage,” says Jun Wen Woo, a research analyst who tracks the broadband and mobile messaging markets, at consultancy IHS. Globally, WhatsApp and Facebook Messenger are the top two messaging apps, with over one billion active users a month, she says. “WeChat in China and Line in Japan are the most popular communication apps in their own markets, but Hike is yet to become the top messaging app in India.”

Mittal says he is a clear second behind WhatsApp, by number of users. “For us to win, WhatsApp doesn’t have to lose,” says Mittal. Hike is where people come to be themselves, whereas WhatsApp is an uncomplicated platform for interactions with the next outer circles of contacts, he says.

Like WeChat and Line, Hike may have the local player’s advantage, says Woo, and Mittal says he is acting to capitalise on that. For instance, there is already some ability built into Hike to send out stickers in local languages. “Say I message ‘Chill maar’ [roughly translating to ‘relax and have fun’] to a friend,” says Mittal, it could prompt Hike to recommend stickers, including one showing a beer mug.

Mittal won’t use the latest funding—the company’s fourth and largest round that brought in $175 million in August—to monetise Hike; instead he will use the money to build the platform further and add more users. “We don’t even try to attempt to monetise [at present]. It’s way too early. Even if we try to monetise today, the per capita data consumption isn’t big enough, the [digital] economy has to grow.” Hike could start seeing attempts at revenue generation only in 2018 and any meaningful numbers will only start showing up in 2020 and beyond, he adds.

One factor that is expected to be different by then—and Mittal is betting on it—is the proliferation of 4G services. Then Hike can become a platform not just for social engagement among users, but also between consumers and brands. That will help Hike make money, he says. For instance, in a recent experiment, Hike created stickers based on the characters of the animation movie The Secret Life of Pets from Universal Pictures. “We had 10 million sticker shares in a week. Now, what tells us that we can’t monetise that in some way?” Brands sponsoring themes or other activities could be another way to make money. “Line [in Japan] does it brilliantly,” he says.

“I think people need to realise the value of data, the value of the internet... I don’t think that is understood very well yet,” Mittal says. Even among the 200 million internet users in India, only about one in five people are actually using meaningful amounts of data, he says, which he defines as more than 500 MB a month; the rest are using data in sachet forms or are accidental users.

The go-to market on data is too complicated to get customers to understand data usage. “With talk time, one minute is one minute, and with an SMS, when it’s sent it’s gone,” he says. On the other hand, “the tangibility of data [in the minds of consumers] is very questionable.” When consumers buy a top-up data pack of, say, 150 MB, how do they know when it’s over, and it got used? 150 MB on YouTube is very different from 150 MB on Hike, Mittal points out.

This is what needs to change if companies such as Hike have to make money. And this is where 4G wireless technologies will be crucial, he says, with the availability of spectrum (eliminating the constraints that telcos faced with 2G) and greater efficiency of data transfer. With capacity will come the ability to charge less per user but make more money from a larger number of users, he says. “In a market like India, you need that critical mass of people using meaningful amounts of data.”

For now, the business model isn’t the worry. It is how to get from 100 million users to 200 million and beyond.

Mittal points out Hike is a pure internet product company going after consumers, in much the same way as Silicon Valley’s Snapchat or Instagram do.

So, Mittal is obsessed with how the product needs to change and adapt to new users. He’s experimenting with “micro apps” within the messaging platform, such as a “byte-sized news app that could be in the contacts list on Hike”; this means there won’t be any need to sign into another app for news. Instead, the news pops up within the messaging platform and can be shared with contacts as well.

Or gaming and coupons—two other projects he originally incubated alongside Hike at the joint venture Bharti SoftBank—which have now been collapsed into Hike. Also existing is the technology to plug, say, BookMyShow or Zomato, into Hike.

“Investors, including our new backer Tencent, know that the messaging model is real. They realise the value of strong network effects and how it grows over time, and the value applied [at Hike] to users is similar to theirs,” says Mittal.

In general, “startups that are building platforms tend to attract higher valuations,” says Ashish Basil, a partner for technology and transaction advisory services at consultancy EY. “With platforms come the ability to scale, and with scale, revenues and thereafter profitability becomes more sustainable.”

Mittal echoes this: “We are building messaging as a platform business, so we will have commerce; we already have gaming, coupons. All this stuff eventually will be very easily monetisable per user per year. So [the valuation] is a combination of where we are in terms of the market, growth, and the fact that we’re the only player in town building a localised messaging application.”

Whether or not Mittal can cash in on being the local boy, and the expected proliferation of 4G services, is something that will be seen over the next few years.

For now, he has more users to woo, and competition to fight off.

Tweets by @forbes_india
European debt dominoes: Italy and France may be the next to topple
SP Jain School's do-it-yourself MBA