The life in tech 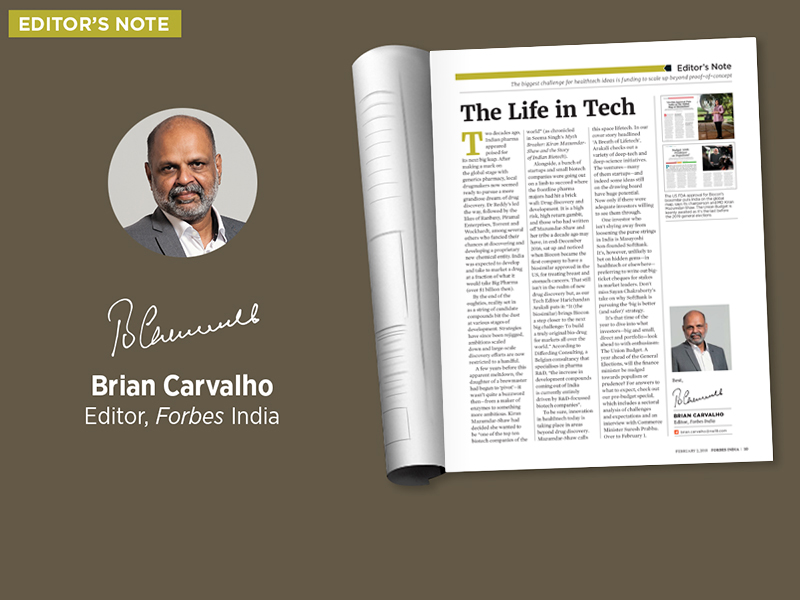 Two decades ago, Indian pharma appeared poised for its next big leap. After making a mark on the global stage with generics pharmacy, local drugmakers now seemed ready to pursue a more grandiose dream: of drug discovery. Dr Reddy’s led the way, followed by the likes of Ranbaxy, Piramal Enterprises, Torrent and Wockhardt, among several others who fancied their chances at discovering and developing a proprietary new chemical entity. India was expected to develop and take to market a drug at a fraction of what it would take Big Pharma (over $1 billion then).

By the end of the oughties, reality set in as a string of candidate compounds bit the dust at various stages of development. Strategies have since been rejigged, ambitions scaled down and large-scale discovery efforts are now restricted to a handful. 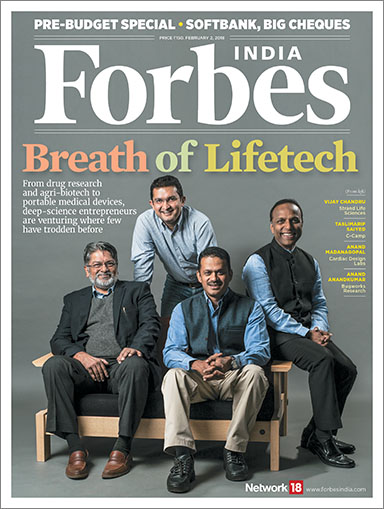 A few years before this apparent meltdown, the daughter of a brewmaster had begun to ‘pivot’—it wasn’t quite a buzzword then—from a maker of enzymes to something more ambitious. Kiran Mazumdar-Shaw had decided she wanted to be “one of the top ten biotech companies of the world” (as chronicled in Seema Singh’s Myth Breaker: Kiran Mazumdar-Shaw and the Story of Indian Biotech).

Alongside, a bunch of startups and small biotech companies were going out on a limb to succeed where the frontline pharma majors had hit a brick wall: Drug discovery and development. It is a high risk, high return gambit, and those who had written off Mazumdar-Shaw and her tribe a decade ago may have, in end-December 2016, sat up and noticed when Biocon became the first company to have a biosimilar approved in the US, for treating breast and stomach cancers. That still isn’t in the realm of new drug discovery but, as our Tech Editor Harichandan Arakali puts it: “It (the biosimilar) brings Biocon a step closer to the next big challenge: To build a truly original bio-drug for markets all over the world.” According to Differding Consulting, a Belgian consultancy that specialises in pharma R&D, “the increase in development compounds coming out of India is currently entirely driven by R&D-focussed biotech companies”.

To be sure, innovation in healthtech today is taking place in areas beyond drug discovery. Mazumdar-Shaw calls this space lifetech. In our cover story headlined ‘A Breath of Lifetech’, Arakali checks out a variety of deep-tech and deep-science initiatives. The ventures—many of them startups—and indeed some ideas still on the drawing board have huge potential. Now only if there were adequate investors willing to see them through.

One investor who isn’t shying away from loosening the purse strings in India is Masayoshi Son-founded SoftBank. It’s, however, unlikely to bet on hidden gems—in healthtech or elsewhere—preferring to write out big-ticket cheques for stakes in market leaders. Don’t miss Sayan Chakraborty’s take on why SoftBank is pursuing the ‘big is better (and safer)’ strategy.

It’s that time of the year to dive into what investors—big and small, direct and portfolio—look ahead to with enthusiasm: The Union Budget. A year ahead of the General Elections, will the finance minister be nudged towards populism or prudence? For answers to what to expect, check out our pre-budget special, which includes a sectoral analysis of challenges and expectations and an interview with Commerce Minister Suresh Prabhu. Over to February 1.