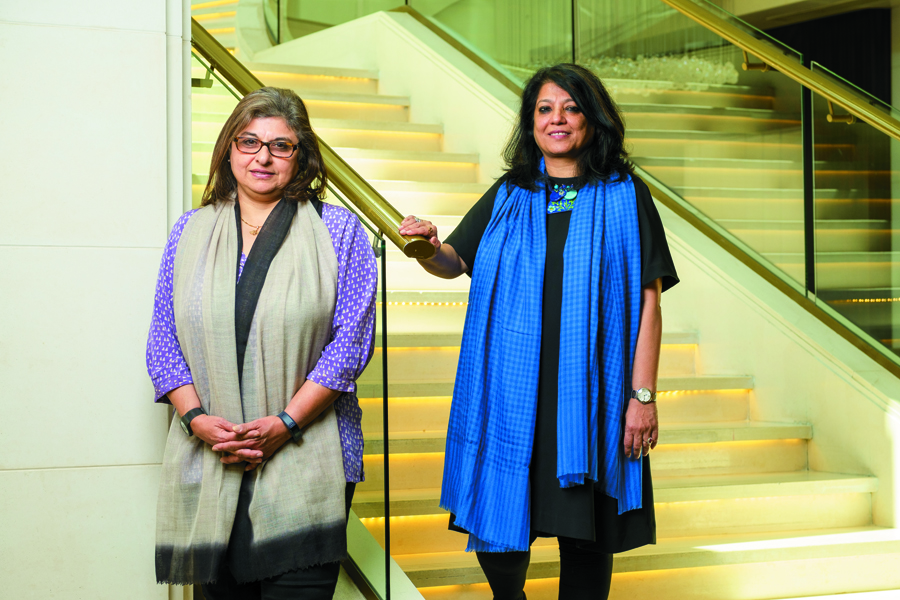 Dina Wadia (left in photo) and Shivpriya Nanda enjoy the rare distinction of being elected as the first joint managing partners of national law firm J Sagar Associates (JSA). In a profession dominated by men, they believe their election to the post is a positive sign, but emphasise that gender has nothing to do with it. They took over in April 2016.

“That distinction did not even occur to me. It’s not a gender issue; it’s about how competent you are,” says Nanda, who joined the company in 1992, and specialises in mergers and acquisitions, private equity and venture capital. Wadia, who has been with JSA since 2005, concurs. “We have always been forward-looking as a firm. The vibe has been liberal. Having two women at the top perhaps reinforces that, but neither do we get special treatment nor do we expect it,” she says.

JSA was founded by Jyoti Sagar in 1991 and has over 300 professionals and 90 partners (33 equity and 57 retained). The company grew its revenues by 25 percent last year though it refused to disclose exact details. Its staff take pride in its policy of not allowing relatives of employees to join JSA. That allows people like Wadia and Nanda to earn their stripes.

“They were elected unopposed. Both of them are respected for their integrity. And our partners trusted them implicitly. They have managed to be on top of the dynamics and their mutual understanding is good,” says Berjis Desai, who retired as managing partner of JSA in April 2017.

It’s a testimony to their professionalism as well. “We get along really well,” says Nanda, who studied law at the Campus Law Centre in Delhi. Wadia, too, points to their easy-going relationship. “She has her strengths; I have mine. We complement each other, we are not competing,” says Wadia, who completed her LLM from the Gonville & Caius College, University of Cambridge in the UK.

Both of them agree that their ascent is motivating for youngsters. “We are in a way the face of the company,” says Wadia, who specialises in banking and finance, investment funds and financial services. Adds Nanda, “A lot of clients are positive about the fact that women power is visible. For a lot of young women lawyers, it’s a tremendous boost. Unknowingly, you end up becoming role models.”

Tweets by @forbes_india
2018 W-Power Trailblazers: Chiki Sarkar is a publisher of the millennials
Startups and large businesses: A symbiotic relationship