2018 W-Power Trailblazers: Nivruti Rai is putting her heart and soul into innovation at Intel India 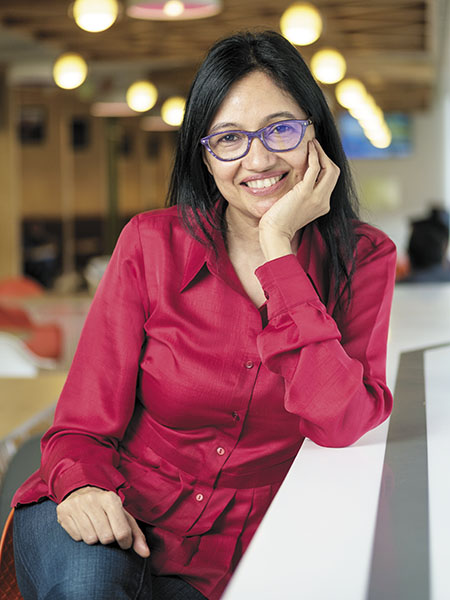 If you have an accidental meeting with Nivruti Rai, you’ll notice she’s quite elegantly dressed. A full-sleeve button-down cream silk collar shirt, tucked almost carelessly into a pair of dark trousers, for instance.

And if she already knows you, chances are she’ll say “gimme a high-five”. Before you wonder what a flippant way to start a profile of the top boss at Intel’s Indian R&D unit—the largest outside the US—know that for the longest time, Rai wanted to be a fashion designer.

“My mother was a great seamstress and whatever she made for me, I would make for my dolls,” says Rai. “I still design my own dresses, I embroider on them.”

When Rai, 49, the third among three daughters, was born, some of her relatives offered sympathies to her parents, she says. But the support of her grandmother and mother changed everything. Rai aced most things she came across. She was married in her early 20s and moved to the US with her husband, who was working at Intel at the time. In the US, she did a BS in mathematics and operations research from Rensselaer Polytechnic Institute, New York, followed by a master’s degree in engineering from Oregon State University. She joined Intel straight out of college in 1994 as a design engineer, where she was once mistaken as an office assistant for her dapper dressing.

At Intel, among the projects Rai is noted for is her work on making semiconductor chips that consume less power using a technique called ‘error correcting codes’. She moved to India in 2005 to manage Intel’s research and development in mobile devices. In 2006, she was also among the first Indian-American to receive permanent visa status in India, by then Prime Minister Manmohan Singh.

More recently, Rai has been championing the use of machine learning and related areas to improve road safety in India. Through Intel, she has struck an agreement with the government of Karnataka to build up a database of traffic and road condition information, including “grey spots” where the probability of accidents is higher. The technology for this has come from Mobileye, a specialist in advanced driver assistance systems that Intel acquired for $15 billion.

“What I do today is much beyond just me,” she says, when asked if she ever feels like giving it all up and taking a shot at becoming a fashion designer again.

In any case, tech is going to become ever pervasive, including in what people wear, she points out. “In Japan, there is a company that is looking at women’s innerwear to predict breast cancer,” she says. So, the scope and size for the fashion designer with Intel savvy is just way bigger.

“I was always good at math, and to live my father’s dream, who wanted me to be a technologist, and to prove to the world that I could do whatever I wanted, I put my heart and soul into this,” she says.