Their first innings in India fizzled out after an 11-year run. But the creators of the popular Japanese cartoon franchise are back, with improved programme planning and merchandise marketing 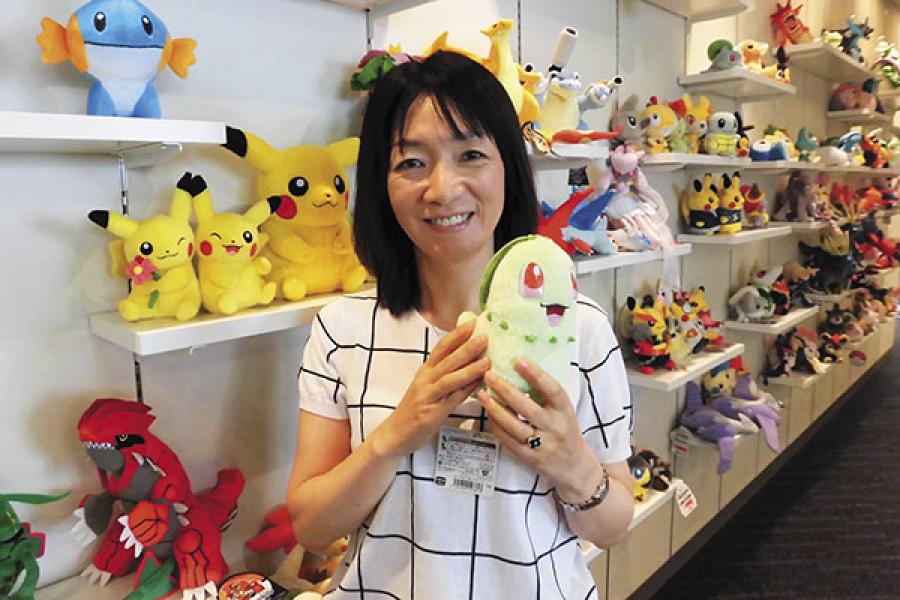 ‘Ashita wa ashita no kaze ga fuku’, goes an old Japanese saying. It means the winds of tomorrow will blow tomorrow. And you, too, will have another chance to succeed. With its re-entry into the subcontinent in May 2014, The Pokémon Company, creator of the eponymous Japanese cartoon franchise, has proved just that.

Pokémon debuted in India in 2003, with its TV series on Cartoon Network. While the serial became an instant hit, the company cashed in on the popularity with smart branding and retail tie-ups. However, around 2011, Cartoon Network stopped airing Pokémon, with sister channel Pogo running it instead. In 2014, almost as abruptly, Cartoon Network picked it up again. The back and forth affected the programme’s linear storytelling. Lack of promos and adequate attention to programming also hit viewership. And, 11 years after it was first aired in India, its charm was fizzling out.

But this was also a time when children’s entertainment in India was booming, with homegrown cartoons, such as Chhota Bheem, gaining immense popularity. A KPMG study on the Indian entertainment industry shows that children’s programming accounted for 7.3 percent of the viewership in 2014, making it the largest programme category after Hindi general entertainment and movies. The number of channels in the children’s category had also increased to 22, from 10 in 2013.

Sensing an opportunity that they didn’t want to miss, the Japan-headquartered company—it had diversified from video games to TV anime series, trading cards, movies, comics and toys—wanted another go at the Indian market, without repeating their mistakes from the previous stint. And, of course, there was an entire new generation of children in India who had not seen Pokémon’s earlier outing. So, it decided to take it old content—starting season one (Cartoon Network had started with season one in 2003, and was on season 14 in 2014)—and start all over again.

If its performance since its re-entry in May 2014 is anything to go by, Pokémon has done some things right this time around. In a little over six months since it started airing on Hungama (wholly owned by Disney) Pokémon ranked among the best show launches of the year in the category of children’s programmes by Broadcast Audience Research Council (BARC), the official ratings agency of India. It was also one of the top rated prime time shows in the category. According to BARC, in March-May 2015 one in every three children watched Pokémon every day, and the show shares the top spot with other cartoons like Doraemon and Shin Chan, also aired on Hungama.

(It is to be noted that between May 2014 and August 2015, Cartoon Network and Hungama aired different seasons of Pokémon simultaneously, as Cartoon Network’s contract with Pokémon was yet to expire.)

“We first wanted to know Pokémon’s position in India. The kind of syndication and licencing partner we choose for India was a very important decision,” says Masami Tanaka, director, The Pokémon Company.

The company tied up with Dream Theatre, a brand management and licencing agency that handles brands like Angry Birds, Candy Crush, FIFA 2014 and Real Madrid. While The Pokémon Company will invest in maintaining and developing new content, Dream Theatre will be responsible for translating this content into business by investing in licencing and merchandising.

“Pokémon is a show that needs to be supported on ground as well as on TV,” says Founder and CEO of Dream Theatre, Jiggy George, who had earlier worked at Cartoon Network when the channel aired the show.

When Pokémon first came to India, Cartoon Network had acquired only its broadcasting rights. Hence, most of the merchandise—trading cards, lunch-boxes—that was sold was pirated. “There was an agent working outside India, who handled merchandising and it was not a consolidated programme. So the brand saw a rapid fall,” says George.

Building the Brand
“Our submission to The Pokémon Company was we re-start, reboot all over again in India, where Dream Theatre be considered as not just a broadcast partner, but as a company that will take the brand across businesses,” he says. The Pokémon Company concurred.

But not a lot of broadcasters were buying the idea of relaunching Pokémon. Except Disney. Vijay Subramaniam, Disney India’s head of content and communication (he had earlier worked with MediaScope Associates, which handled Cartoon Network in India) decided to air Pokémon from season one on Hungama. “Pokémon has the classic intersection of adventure, fun and friendship and all these aspects demonstrate the spirit of Hungama. Plus, in 2004, my son collected all the cards and we played together. I have seen the craze through the eyes of a child,” he says.

Programming Strategy
Subramaniam’s trust in the brand is evident when he says he has dedicated 30 percent of Hungama’s air time to Pokémon. Being armed with 17 seasons of content gave it an edge over competitors in terms of the number of episodes, and allowed Disney to plan a programming strategy for the next three to four years, he says.

However, a more challenging idea was to present Pokémon to a new generation of children with a more evolved cartoon-watching experience. Programming was planned so that episodes from season one were aired on weekdays, and episodes from season 17 on weekends. “We need to maintain a healthy balance of existing viewers as well as acquiring new ones,” he says. One episode a day also builds a viewing habit among children, while multiple repeats mean they can catch up on a missed episode.

Another tool that helps drive viewership are Pokémon movies. Since the time Pokémon launched its TV series in Japan in 1997, it has released a new movie every summer. “Pokémon movies are made at a massive scale and we are presenting them for the first time in India. These are not movies that they can otherwise download, rent or watch in theatres,” says Subramaniam.

BARC’s numbers say the premier of Mewtwo Ka Badla in April 2015 ranked No. 1 in the children’s programme category in Hindi-speaking markets and in the pan-Indian category, while the premiere of Ash Pikachu Aur Lugia in Danger in August was watched by 5.5 million viewers.

A Glocal Approach
To connect with a generation of children who learn Honey Singh’s songs faster than nursery rhymes, Hungama launched a rap song to promote the series. Another campaign had young Pokémon fans engaged in a rap contest to test each other’s knowledge of the show. The promo rap song won the second prize for ‘Best children’s program promo’ at the Promax BDA 2015, a global award that honours design and marketing work.

Pokémon is well aware that today, unlike in 2004, it is not just competing with international cartoons, but a host of homegrown shows like Chhota Bheem (aired on Pogo), Motu Patlu (on Nickelodeon) and Pakdam Pakai (on Sonic Nickelodeon). To stay in the race for localised content, Hungama has re-dubbed Pokémon in Hindi, Tamil and Telugu, using more contemporary words. They are also planning to make it available on their YouTube channel by early 2016.

The strategy seems to have paid off: Since it’s relaunch in May last year, Pokémon has been viewed by 34.7 million individuals, including 10.1 million children, says BARC.

On-ground Marketing
Most TV shows are built as just shows, without much thought to merchandising—Chhota Bheem being an exception. In January 2015, Dream Theatre introduced the first range of Pokémon products, which included the back-to-school range (pencil boxes, tiffin boxes, water bottles, bags, stationery) and plush toys. They were selling like hot cakes, claims George. About 60 percent of sales come from tier I cities, with about 20 percent each from tier II and III.

Learning from its earlier stint, The Pokémon Company has tied up with licencees like Kokuyo Camlin and Funskool to ensure its merchandise is available at all price points. “In this country, TV reaches much more people than retail and if you don’t bridge the gap, you are inviting piracy,” he says.

Why kids wanna catch ’em all
Pokémon’s tagline, ‘Gotta catch ’em all’, encourages children to own as many Pokémon characters as possible. According to Tanaka, what works for Pokémon is its diversity of characters, its central theme of friendship and a non-violent storyline. “Pokémon doesn’t have the idea of violence. Fighting means a game of tennis or match of sports,” says Tanaka. She says the game developer had made it in a way that every generation can enjoy it. George says there are fans from the cartoon’s earlier innings in India, who are now in their 20s, requesting the company to introduce a Pokémon series for adults.

Whether Pokémon holds on to its current position or fizzles out again is something only time will tell. But until then, let’s catch ’em all.