How a consumer electronics brand used cricket and football to gallop

Mitashi, which turned its marketing strategy towards the IPL and ISL, is targeting a ₹1000-cr worth in two years 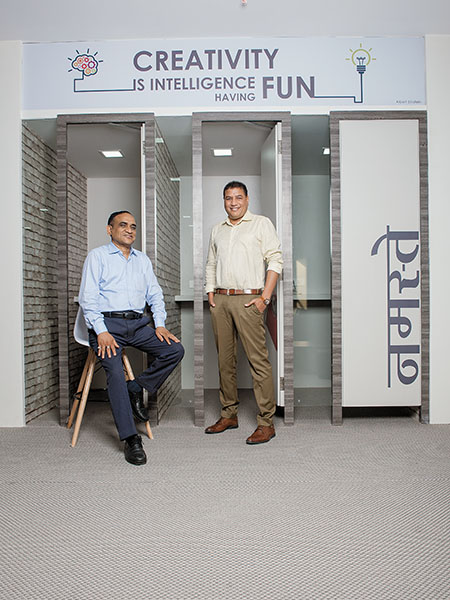 Test cricket teaches patience. “It helps you play a long innings,” says Rakesh Dugar. As chairman and managing director of homegrown consumer electronics brand Mitashi, Dugar’s journey in entrepreneurship has been a long one too. In 1991, he co-founded Maze Marketing—a video game console distribution company—with friend Hasmukh Gada out of the Ghatkopar suburb in Mumbai. The company grew at a sedate pace; it was a decade before it reached ₹56.83 crore revenue in 2010-11. “The pace was modest,” says Dugar, who renamed Maze as Mitashi in 1998.

Mitashi, Dugar explains, has always been billed as an underdog. The inspiration behind its Japanese name was from the Land of Rising Sun: Dugar was distributor for video game console brand Sega between 1994 and 1998, before Mitashi was launched. He was impressed with the company’s ideology of ‘slow and steady’ growth. “They [the Japanese] epitomise patience,” he says.

Ironically, by 2010, almost 12 years after the company was rebranded, Dugar found himself running out of patience. The tag of being a kids’ product brand was not helping the company graduate into the Big Boys’ club. From being just video game console distributors, they had branched out into selling electronic products. The company had rolled out audio-visual products such as DVDs and home theatres in 2004 and had followed it up with MP3 players the next year. But even as television sets were becoming their biggest ticket item, Dugar felt the X-factor was missing.

The word-of-mouth mode of growth had reached its limit, and other marketing strategies like below the line and print were not helping either. Cricket, more specifically the Indian Premier League (IPL), Dugar reasoned, might give the brand more visibility and a new lease of life.

The opportunity presented itself in the form of Rajasthan Royals, which went on to become the champions of the inaugural edition of the IPL in 2008. First, Dugar found that the team, billed as an underdog, resonated with what Mitashi stood for. Second, the company’s products were popular in Rajasthan, which was also Dugar’s home-state.

While Rajasthan Royals hit a rough patch at the IPL since their victory in 2008, Mitashi has only grown over the last decade. Pankit Chheda, executive vice president of marketing at Mitashi, says just like their association with Rajasthan Royals, the company took another leap of faith when it rolled out LCD televisions in 2010. This was followed by LED versions the next year.

An uptick in sales also coincided with a period when Mitashi entered into multiple product categories. Air conditioners (ACs), washing machines, refrigerators and microwaves were rolled out through contract manufacturers in two years starting 2015. Rajasthan, Maharashtra and Gujarat became the top three states for the brand, which now gets over 80 percent of revenue from televisions, ACs, washing machines and refrigerators.

“The target now is to be worth ₹1,000 crore in two years,” says Dugar, adding that Mitashi has always posted tidy profits. He, however, declines to share numbers.

Marketing experts say though the brand managed to become synonymous with Rajasthan Royals, the poor performance of the IPL team did not affect the company. “In fact, this season, Rajasthan Royals almost hit rock bottom [it finished second-last],” says Ashita Aggarwal, marketing professor at SP Jain Institute of Management and Research. “But Mitashi stayed insulated from the team’s poor performance.”

Mitashi also knew how to flow with the tide. When the Rajasthan Royals, along with Chennai Super Kings, was suspended from the IPL for two years starting 2016 over betting and match-fixing charges, Mitashi sponsored the Mumbai City FC team in the Indian Super League (ISL).

Football, Dugar claims, has helped the brand reach out to consumers in the northeast and southern states like Kerala and Tamil Nadu. Mitashi claims to have seen steady growth in demand in these areas post its association with the ISL, but declines to share numbers.

“Football was a blessing in disguise. It filled the void for two years when Rajasthan Royals was missing from action,” he says. The plan now, Dugar explains, is to add kabaddi as the new sport to bet on. “We will start sponsoring kabaddi from this year.”

Mitashi’s origin—born in Ghatkopar and not Goshogawara in Japan—is also an example of how foreign branding stands to create a level-playing field for Indian companies vis-à-vis MNCs as far as shaping consumer perception is concerned. Abhik Choudhury, founder of brand consultancy firm Salt and Pepper, explains how the Italian-sounding Giordano is a Hong-Kong-based clothing and accessories brand, the bakery Au Bon Pain, with its distinctively French name, was founded in Boston, US, and how Chinese brand Haier chose a German-sounding name. “One should not judge this homegrown brand on the basis of its foreign branding,” reckons Choudhury. According to him, the fact that Mitashi has survived in a market dominated by biggies like Sony, Samsung and LG, as well as deep-pocketed Chinese players, speaks volumes about its resilience.

The biggest challenge for the brand now, Choudhury cautions, is to grow. “Mitashi is at a crossroads where it needs to choose between aggression and oblivion,” he says.

Dugar is aware of the potential challenges. Mitashi, he says, has learnt from its mistakes. The biggest being introduction of multiple stock-keeping units across its product categories.

Mitashi’s television, for instance, has had over 40 models till last year. The brand has not only been rationalising its portfolio, but has also not entered a new category since 2017. The intent now is to consolidate and grow rather than spread too thin. The brand, which gets over 80 percent of its products made from third-party manufacturers in India and imports the rest from China, is now planning to focus more on research and development.

It has hired a new CEO, Sunil Sharma, to inject more professionalism into Mitashi. “We are taking fresh guard,” says Dugar, who cannot play the sedate game anymore. Patience for too long, he says, has made the company restless.