Success of ongoing mega-mergers will determine future for these banks: experts 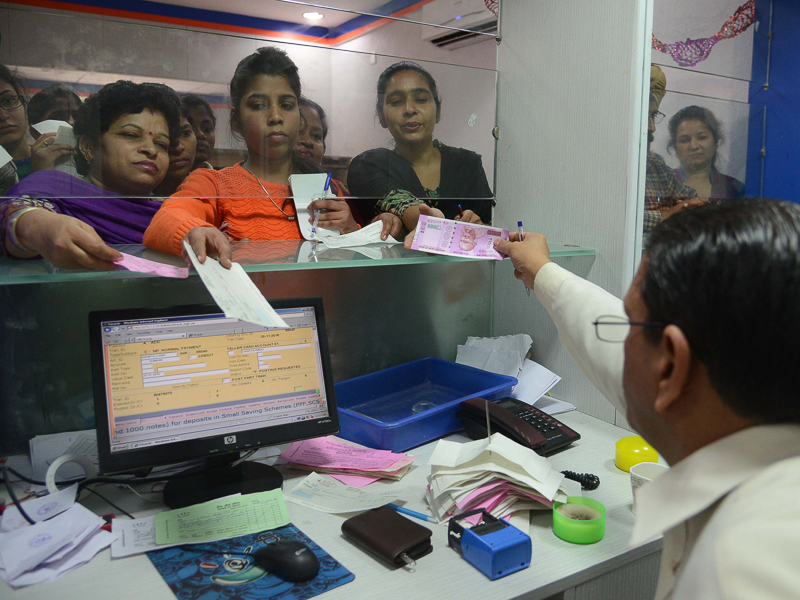 The Economic Survey 2019-2020, which was tabled in Parliament by Finance Minister Nirmala Sitharaman, highlighted various aspects of weakening asset quality and returns on equity and assets for public sector banks (PSBs). Compared to large economies across the globe, the survey reveals that there is an absence of large banks in India and still low penetration of credit by banks in India.

In the wake of India completing 50 years of Bank Nationalisation [in 2019], the woes of public sector banks in India, particularly over the past 5-7 years as bad loans continued to mount and placed pressures on their balance sheets, have been emphasised in the Survey. In 2019, public sector banks reported gross and net NPAs of Rs 7.4 lakh crore and Rs 4.4 lakh crore respectively, amounting to about 80 percent of the NPAs of India's banking system. (see charts). 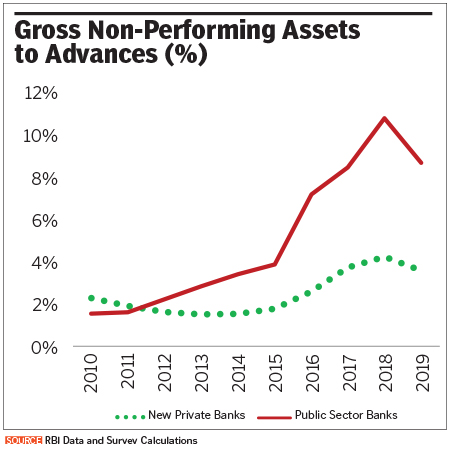 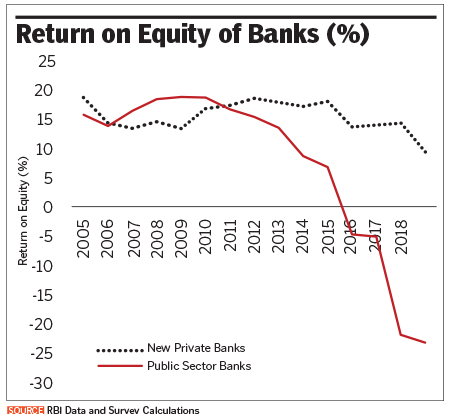 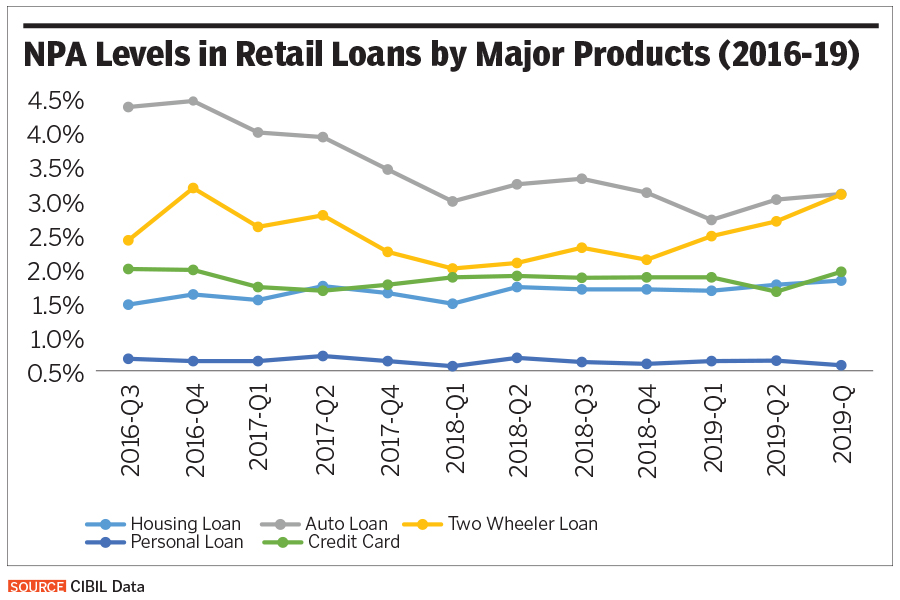 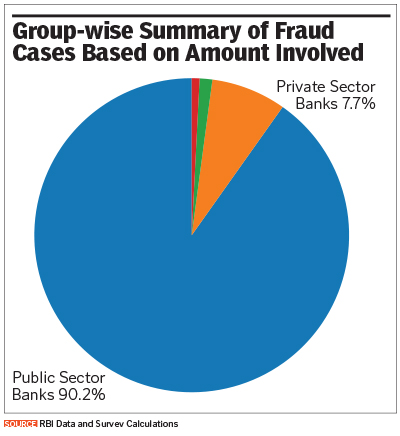 The explanation for the rise in NPA problems for public sector banks is that during India’s rapid expansion of growth between 2004 and 2011, these public sector banks grew their loan portfolios “but the credit quality was of suspect quality” the survey said. “When the economy slowed, the banking system saw a dramatic increase in NPAs”.

The surge in NPAs led to higher provisioning for future bad loans and impacted profits and capital adequacy in turn—and thus, balance sheets too. It also resulted in the phase where private sector banks—which have a stronger focus towards retail lending—were able to not just grab market share but also were financially better placed in terms of fewer bad loans.

Since 1969, India has grown significantly to become the 5th largest economy in the world. Yet, India’s banking sector is disproportionately under-developed given the size of its economy. For instance, India has only one bank in the global top 100, the Economic Survey says. “As PSBs account for 70 per cent of the market share in Indian banking, the onus of supporting the Indian economy and fostering its economic development falls on them. Yet, on every performance parameter, PSBs are inefficient compared to their peer groups,” the report added.

All the largest economies have proportionately large banks with China being an outlier on the positive side, with 18 banks in the global top 100.

Public sector banks are at the crossroads in some ways, with the most challenging phase to their phase of growth lying ahead. In September last year, the government had okayed a move which will see 10 government-owned banks being merged into four. But the mergers will be tricky and are unlikely to aid growth.

In the near term, integration issues such as realignment of organisation structure, redeployment of staff members across various branches and verticals among the merging banks occupy the management bandwidth. This impact decision-making and credit flow, experts have said.

Another part of the puzzle is the Prompt Corrective Action (PCA) framework of the RBI. PCA refers to banks with a weak financial matrix, which are put under a watch, and labels them as risky if they slip below certain norms on parameters such as capital ratios, asset quality and profitability.

But not all will be lost for some of the public sector banks when the mega-mergers are complete. It will improve economies of scale and help them be able to lend more aggressively. Their significance in terms of boosting financial inclusion is still not lost. The next 50 years for public sector banks will depend on two critical areas of functioning—how these banks manage cultural, manpower and technological challenges in the near term.