A new, savvier class of buyers is increasingly venturing outside the country 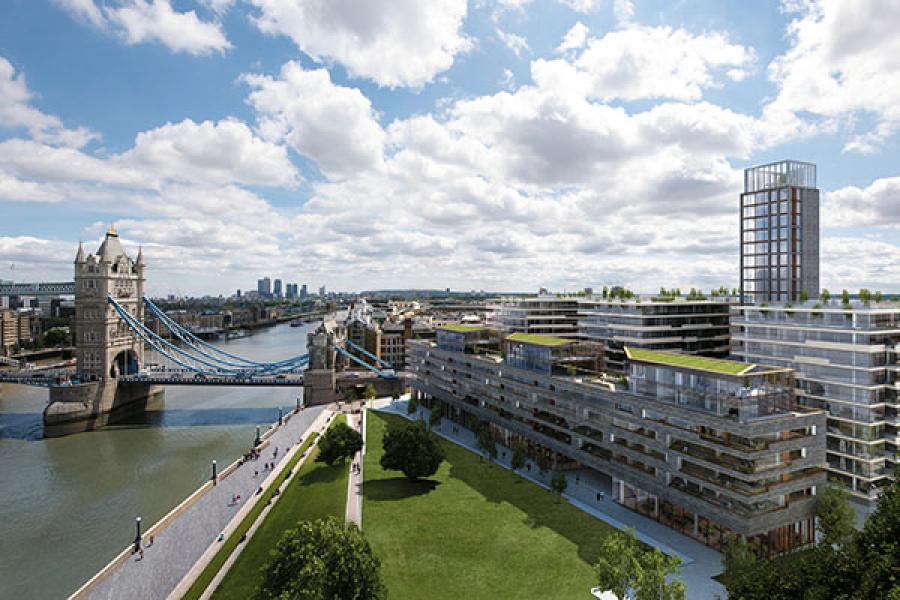 A view of the One Tower Bridge project in London

Question: What’s the worst kept secret in Mumbai’s real estate industry? Answer: Over two-thirds of the projects are delayed by at least six months. That has left behind irate buyers and developers struggling to find a way to pay for the increased cost of construction.

In city after city in India, this story plays itself out. Developers overcharge for projects, their construction quality is at best shoddy and they rarely deliver on time.

In the past, there was very little buyers could do. Projects often got sold out within days of being launched and developers knew they could get away with delays.

But a rise in income levels, coupled with increasing awareness about avenues for buying property overseas, has resulted in an increasing number of Indians buying a house outside the country. They’re buying everything from studio apartments and weekend homes to villas and chalets.

While traditional hotspots like London, Singapore and Dubai usually top the list, the more adventurous have bought space in beachfront developments in Muscat, Oman, and ranch-style houses outside Nairobi, Kenya.

Add to this outflows from companies that invest in real estate overseas. Diamond traders from Mumbai have bought houses in Macau, another diamond hub, for their personal use when they travel there on business. Another investment avenue is available through the corporate route. Companies with business subsidiaries abroad can invest in property that is then used for their business.

To be sure, the number of buyers investing overseas is still small, but large property consultants such as Jones Lang LaSalle, Cushman & Wakefield, CB Richard Ellis and Knight Frank say they receive at least a dozen enquiries a week asking for information on investing in property abroad. Knight Frank has set up a dedicated group headed by Mona Jalota to tap this business opportunity.

These buyers are not first timers feeling their way around the property market. They’re smart, well-travelled and have already done a great deal of research on the internet. Aged between 30 and 50, they’re on average making their third property investment. They already own the house they live in and a holiday home is a short drive from where they live. They’re either successful businessmen or entrepreneurs who run their own companies. And now they’re looking for a foreign address.

Sure, it’s as much for the ease and convenience of owning property abroad as it’s for the returns. Oh and don’t forget the snob value!

For a young IT professional in Bangalore, investing in a house in Singapore was as much about his business need as it was about taking his family there for short breaks. He’d just sold his company and needed some place to park the surplus cash.

At the same time, while working on the idea for this next venture, he travelled to Singapore 10-12 times a year. After a few visits, he decided this was an ideal place for short breaks for his wife and children and he ended up buying a two-room house in Singapore.

Or take the case of a middle-aged professional who invested in London, as her children went to college there. According to her, the London property market is one that is very organised. She could do most of the initial research over the internet. Data is easily available and government sites will tell you how much the last house in a particular apartment block sold for. Thereafter, one has to get in touch with any of the large property brokers, such as Foxtons and Winkworth, who charge sellers a flat 2 percent fee.

The first steps
Perhaps the first question a would-be buyer needs to answer is: How am I going to fund my purchase? In the case of property in India, the answer is twofold: Personal savings or a loan.

But don’t bother saving too much for that dream house abroad, as Indians are allowed to invest a maximum of $200,000 a year abroad. That means a husband and wife can invest $400,000 abroad, but buying million-dollar properties in central London or penthouses in Singapore and Dubai remain out of reach.

It’s here that a good property agent can help. For instance, you can invest in your children’s name to increase the limit. Or two brothers can partner and buy a house together.

Having figured out how to pay for the house, the next inevitable question arises: Where does one look for a house? Traditional favourites include London, Singapore and Dubai. These are places Indians typically travel to frequently. “One of these three usually figures as the first place they visited when they went abroad and is also the first place they look to invest,” says Mona Jalota, chief associate, international project marketing, at Knight Frank.

The cities are truly global and have large, vibrant expat communities. This results in a liquid property market. And with the slowing of the world economy, property prices in each of these three cities no longer feel like a bubble. Eager to kick-start its economy, Dubai offers residency permits to property buyers.

Away from these traditional hotspots, buyers are also looking at investing in property close to where their children go to study. In university towns like Ann Arbor, Michigan and Urbana-Champaign, Illinois, it means parents can save on rent and sell the property four years later at a profit. Houses in these towns are well within the $200,000 limit.

Making money
In the last decade, investing in Indian property has been a sure shot way to make a good return. With the stock market being flat for the last five years, it has definitely performed better than any other class, including gold that has seen its price double in the last 18 months.

For instance, a house bought for Rs 1 crore in Gurgaon would fetch Rs 15,000 a month as rent or a 1.8 percent rental yield every year. So, buyers usually only look for the pot of gold at the end, i.e. the price appreciation. This has been ranging between 15-30 percent a year in tier 1 cities across India for the last decade.

When you invest abroad, bear in mind that while the price appreciation might be slower than in India, rental yields are more than double, which makes such investments equally worthwhile.

A good way to check if you’re getting a good rental yield in a developed economy is to benchmark it against prevailing interest rates. A £1 million house in Hyde Park in central London would rent for £4,000 a month, making it a 4.8 percent annual rental yield. This coupled with a price appreciation of 10 percent a year for the past five years makes it a worthwhile investment.

Also keep in mind that prices in several markets are still off their 2008 peaks. Apartments on Sheikh Zayed Road in Dubai are still changing hands at 20 percent less than four years ago. While prices in Singapore are up 32 percent from 2007 levels, Indian buyers are nonetheless attracted.

Also consider investing in individual developments in offbeat markets that offer residency rights. Cyprus, which is actively courting foreign investment in property, bills itself as a destination that allows you to live and work in the European Union. Buy a house for €300,000 and you (the person making the investment) automatically get residency in Cyprus.

Then, there is The Wave in Muscat where 2,400 sq ft villas sell for Rs 2.9 crore. For a fee, a property agent will take care of the property and rent it out. The rental yield: 6 percent. Malaysia and Thailand are two good bets but property agents say one has to be particularly careful to get a good title deed.

Another option worth considering is under-construction properties outside city centres. Here, buyers pay between 10 and 30 percent upfront and the rest is paid according to the construction schedule.

This, according to agents, is a good option for buyers who are looking at property as an investment. Take a close hard look at the developer’s reputation and past performance before putting in money.

Lastly, a good tax lawyer is a must . India has double tax avoidance treaties with most major countries, which means that a buyer won’t have to pay tax in India for property sold abroad.

There are other finer points that need to be looked at. For instance, how does one account for gains from rental income? Capital gains are taxed at the rate at which the country where the property is located taxes the transaction.

And before you sign that cheque, don’t forget to check on the residency laws. While some countries like the UAE provide residency visas against investments in property, others like Singapore do not. The last thing you’d want is standing in line for a visa to go and check out the property you own!