More storms to emerge from the Brexit tornado? 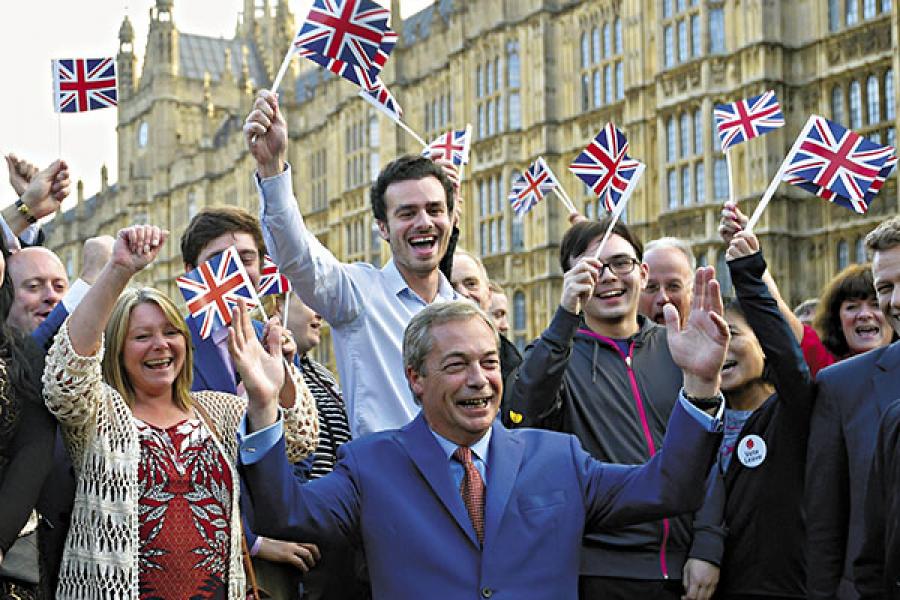 In the days since Britons voted to leave the European Union (EU) in a referendum on June 23—what has been codenamed ‘Brexit’—global financial markets were rattled and the British pound fell to a 31-year low against the dollar.

But investors and corporates—including those in India—have to face another reality: Brexit is not a singular event; related issues could create financial tremors in the coming months.

Brexit comes at a time when global economic uncertainties have not eased.

Thailand-based Marc Faber, editor of the Gloom, Boom & Doom Report, explains the changing political dynamics. “Brexit is a symptom. Ordinary people no longer trust the government, the bureaucrats, the academics, the central bankers and the media, most of whom were strongly in the ‘Remain’ camp with their aggressive scaremongering campaigns,” he tells Forbes India. “The markets declined because the ‘elite’ and their media and academic accomplices had all warned that Brexit would be a disaster for the global economy and for financial markets.” Obviously, when it occurred, it was natural for the markets and the pound to fall.

Saurabh Mukherjea, CEO (institutional equities), Ambit Capital, fears that global financial flows will get disrupted and global business and investor confidence will be hurt. This, in turn, will impact foreign direct investment (FDI) and capital flows into India.

The rupee, which fell to a four-month low of 68.06 to the dollar when Brexit happened, will continue to be under pressure, experts say.

The direct impact of Brexit could be manageable for India, considering that its export economy is relatively small. But it is the next round of impacts—which will play out in the coming years—that is more worrisome, according to analysts at Ambit Capital.

“China could seize this opportunity to decisively devalue its currency and Europe will have to contend with the prospect of a drop in business confidence, which could tip the continent into recession and destroy their enfeebled banks,” Ambit analysts wrote in a note to clients on June 27.

Deepali Bhargava, chief India economist, Credit Suisse, says: “If Brexit has a significant impact on the EU economies, the impact on India’s exports could be around three times larger than that from an isolated UK downturn.”

Automobile and IT companies with an exposure to Europe and the UK will obviously be the most impacted. Operations of Jaguar Land Rover (JLR), which account for nearly 90 percent of the profit of parent company Tata Motors, will be watched. JLR stands to gain if the British pound continues to depreciate, because 80 percent of its revenues come from exporting vehicles. But there are fears that fresh levies on exports to Europe and imports of components [due to an end to free trade agreements] will lead to loss in revenues for the company. One will also need to watch for benefits, which Britain will provide to local companies like JLR, to boost their effectiveness.

Further, business for IT giants like TCS and Infosys from the European region could be impacted due to factors like a depreciating pound, delay in technology spending from clients and loss of business confidence.