Calm during the storm 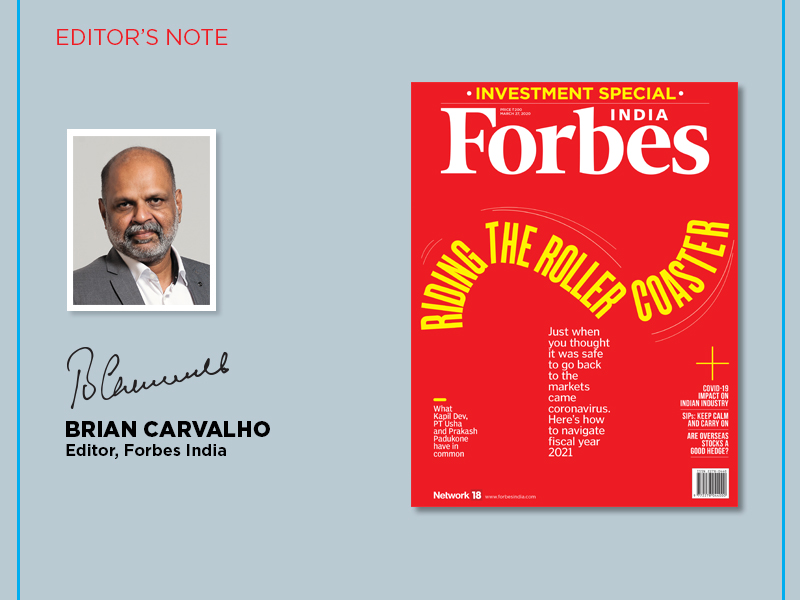 At a time when protectionism is the flavour, fears of the coronavirus spreading uncontainably can help present a case for globalisation as well as against it. You could argue that increasing globalisation is what allows infectious diseases to spread across borders and geographies. But you could also contend that a globalised world is just what we need to enable cross-border coordination to rein in the infection.
That ‘both-sides’ argument apart, as has been the case during past pandemics—from H1N1 swine flu to Ebola—the fear of being infected often spreads faster than the infection itself. As David Owen, chief European economist at American bank Jefferies, recently told The Guardian, most economic losses from infectious disease outbreaks result from the actions of unaffected individuals.

The biggest losses are no doubt human; the Sars pandemic of 2002-03 caused about 800 deaths and West Africa’s Ebola crisis in 2014 roughly 11,000. Yet, beyond the direct impact on human health, there’s a huge economic cost that comes with such infectious diseases even when people are not infected by them. An analysis by the World Economic Forum (WEF) attributes this economic effect to a response called “aversion behaviour”.

The WEF’s analysis on the risk of infectious disease outbreaks in the wake of the Ebola crisis points out that aversion behaviour “includes actions taken by individuals to avoid any exposure to the illness, as well as actions taken by investors as they anticipate those individual decisions”. And this is the significant part: Even individuals who have no direct contact with the disease will take a range of actions to avoid any risk of contracting the disease. This phenomenon manifested itself in Singapore during the Sars epidemic, Ebola, and HIV/Aids in the early 1980s.

At the time of writing, 3,382 deaths had been reported worldwide, and 31 cases detected in India. As investors panicked and stock markets tumbled, the US Federal Reserve made an emergency rate cut, Bank of Japan vowed to inject liquidity to calm investors and the World Bank pledged $12 billion in emergency aid. These are perhaps necessary and prudent reactions although, like in the past, such reactions may also be an overestimation of risk, but there’s little other choice. Yet it is such reactions that pull down economic growth, make labour and supply scarce, and push up prices. The WEF analysis reckons that the economic impact of aversion behaviour may be “significantly greater” than the direct economic impact from sickness and death.

For India, already grappling with a slowing economy, the coronavirus pandemic puts paid to a short-term economic revival. This fortnight’s cover story by Salil Panchal, as part of our Investment Special, gazes into the new fiscal year to gauge how investors should go about their allocations. After speaking to a clutch of fund managers and stock advisors, Panchal has this piece of advice, come rain or virus: Define your goals clearly and rebalance your portfolio accordingly. One way to do that is to identify a theme and invest in a basket of diversified stocks built around that theme. Say hello to smallcase-investing, a trend that Pranit Sarda dives into, which is essentially a middle ground between mutual funds and investing on your own.

Other stories in the Investment Special include the opportunity to buy American and European stocks and bonds by Samar Srivastava, who anchored the package along with Panchal, and Monica Bathija’s analysis of investing in Systematic Investment Plans. Her advice? Well, the headline to the story says it all: Keep Calm and Carry On. Best,
Brian Carvalho
Editor, Forbes India
Email:Brian.Carvalho@nw18.com
Twitter id:@Brianc_Ed