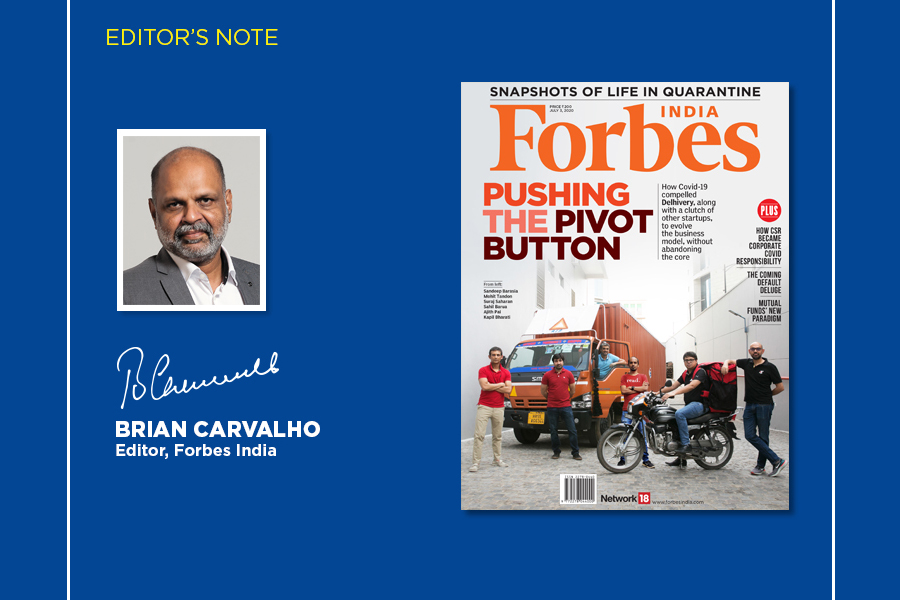 Look for the word ‘pivot’ in dictionaries, and you’ll find at least a couple of meanings. For instance, Merriam-Webster’s first definition is ‘a shaft or a pin on which something turns’. Or, as the Cambridge Dictionary puts it: “A fixed point supporting something that turns or balances.” Merriam Webster also defines the action of ‘pivoting’: “The action in basketball of stepping with one foot while keeping the other foot at its point of contact with the floor.” Pivot, as a verb in the Cambridge Dictionary, also means “to change your opinions, statements, decisions, etc so that they are different to what they were before”. These various definitions have their similarities and their nuances. The common factor to all is a ‘turn’ or a ‘change’. The subtle difference is that the former can happen only as long there is fixed point of support, which could be a shaft or, on the basketball court, one foot on the floor. Pivot as a change, however, doesn’t pay much attention to the core point of support, going in a direction different from the one before.

Startup pivots have been celebrated in case study books. YouTube, for instance, was never meant to be about video streaming; it actually started out as dating service, allowing users to upload short videos of themselves. In one of the biggest tech deals of its time, the company that Google went on to acquire for $1.65 billion may have come a long way, but look back and you’d realise that YouTube hasn’t veered from its core—which is video.

That’s what a clutch of Indian startups is counting on during the disruption triggered by Covid-19. Disruption may be a much overused and abused word, but it may be apt for the transformation many of these business models are undergoing—an evolution that takes the company in a different direction but one that’s related to the core. A good, and perhaps unique, example of this is Delhivery, which has over the past decade evolved into a logistics service provider. Now Covid-19 has opened an opportunity that it had begun with back in 2011: Hyperlocal delivery, a pivot related to Delhivery’s core of transportation and warehousing. In April, the company says it delivered over 2.5 million orders of medicine and 10,000 tonnes of grain. Sahil Barua, one of Delhivery’s seven founders, tells Rajiv Singh who penned this fortnight’s cover story that, by June, Delhivery was doing “pre-lockdown volumes”.

As Singh writes, pivots usually happen when startups realise there’s no market for its product or service. It’s rare that businesses have pivoted because of external factors. A pivot during Covid-19 could well start out as survival gambit but end up as a huge opportunity that wouldn’t have been a gleam in the founders’ eyes pre-pandemic. Nothing of course—and surely not a pandemic— can save a business that’s sucked in huge money, and belatedly realised it’s going nowhere. Covid-19 then may be just an excuse to pivot, and not driven by core competence and market dynamics. Also, the business needs to be viable long after the pandemic has passed. For more such nuances, Singh’s cover story ‘Ready, Set, Pivot’ on page 28 is a must-read.

As India’s citizens set out to reclaim livelihoods, movement across state and international borders is inevitable. Which also means quarantine is here to stay till we bid adieu to the virus. So what is it like to be locked up for a couple of weeks within four walls? As Naini Thaker and Madhu Kapparath found out after capturing some vivid moments of the quarantined, life can go on and splendid isolation can be a thing. Don’t miss the photo feature on page 58. Read Forbes India's latest issue for free, here. Best,
Brian Carvalho
Editor, Forbes India
Email: Brian.Carvalho@nw18.com
Twitter id: @Brianc_Ed

Tweets by @forbes_india
You may be more original than you think
Photo of the day: Isolation on rails