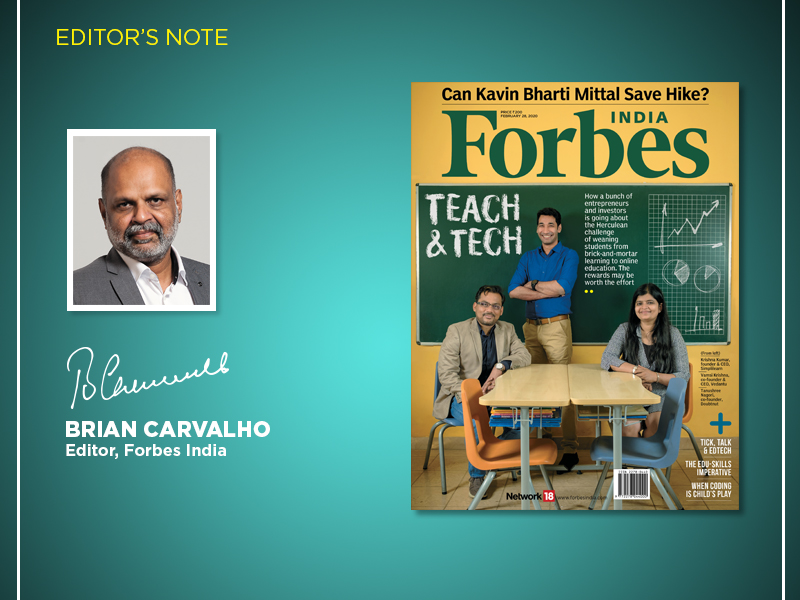 Computation is in its infancy. It is hard to think about computers of the future without projecting onto them the properties and the limitations of those we think we know today. And nowhere is this truer than in imagining how computers can enter the world of education.”

Seymour Papert wrote this in his 1980 book Mindstorms: Children, Computers and Powerful Ideas. The South African-born American mathematician, computer scientist, educator and a pioneer of artificial intelligence, who spent most of his career at MIT, gazed into a future in which students gain “a sense of mastery over a piece of the most modern and powerful technology and establish an intimate contact with some of the deepest ideas from science, from mathematics, and from the art of intellectual model building”.

It isn’t as if technology and education hadn’t met before Papert’s predictions. One of the early such marriages was the use of computers by Stanford University professors in the ’60s to teach math to elementary schoolchildren. Purists, though, would point to the invention of the printing press in Europe in the 15th century as one of the first disruptions, which helped make more people literate and analytical—which is, after all, what education is supposed to be about.

Replace the printing press with the internet and you have a newer way of delivering education. And, just as a bunch of young, tech-savvy entrepreneurs has disrupted retailing, food, financial services and health care among other sectors, education, too, is witnessing a revolution.

The 800-pound gorilla in India’s education technology sector is, of course, Byju’s. Valued at $8 billion in January after Tiger Global’s $200 million infusion, the edtech bellwether is different from most other unicorns in the Indian tech/digital space: It isn’t bleeding, showing profits in fiscal year 2019 (on a standalone basis) of ₹20 crore on gross revenues of ₹1,480 crore. Bjyu’s hopes to double that figure by March 2020. For good measure, CEO Byju Raveendran debuted on the 2019 Forbes India Rich List, with a net worth of $1.91 billion, and graced one of the covers of that issue.

The Forbes India cover story this fortnight is on the Indian edtech sector minus the leader. Byju’s’ towering presence notwithstanding, this is a sector that’s hardly a monopoly. A Google-KPMG report estimates that online education firms will rack up a turnover of $1.96 billion by 2021, or almost ₹14,000 crore.

Sayan Chakraborty dove deep into the sector to report how the scenario has changed: More subscribers are willing to make the transition from brick-and-mortar classrooms to online; even better, more are willing to pay for these services, and private equity investors have shed their apprehension to bankroll a clutch of distinctive business models.

Pranit Sarda zeroes in on startups that are bringing the twain of education and entertainment together, Divya J Shekhar and Pankti Mehta Kadakia spot the trend of how snappy videos via apps like TikTok, Telegram and BigoLive are ushering in a new wave in digital education, Monica Bathija captures the efforts of India’s nascent skilling ventures, before concluding that they won’t be enough if skills aren’t integrated into the education system itself. To be sure, skilling the young has begun, as Naini Thaker found out after stumbling on startups that are teaching those of tender years how to programme and use technology to solve problems. Best,
Brian Carvalho
Editor, Forbes India
Email:Brian.Carvalho@nw18.com
Twitter id:@Brianc_Ed

Tweets by @forbes_india
Coronavirus shock could push Europe into a downturn
Gourish Singla: The 26-year-old who wants to make India disease free in five years