High cost of land, labour and raw materials, along with steep loan rates post-Covid-19, will put developers in a spot 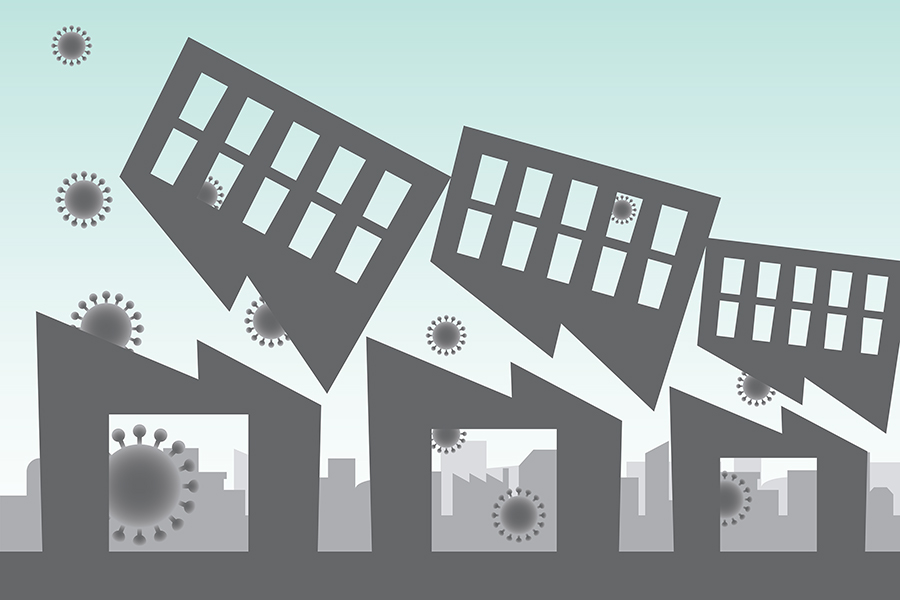 Of late, prominent voices like Union Minister Piyush Goyal and banking doyens Uday Kotak and Deepak Parekh are speaking out on how real estate developers need to cut prices. Kotak said developers need to let go of the fact that they bought land at higher costs, and now make sales feasible. But is this easier said than done?

Over the past decade, the story of Indian real estate has changed considerably. Earlier, private equity funds would flock to residential projects because it was a self-liquidating asset: A developer gets cash upfront as down payment and with construction milestones, banks would release funds. But residential developers began piling on the loans, which means that sales were slowing.

According to a note by Knight Frank Research on June 10, between January and May 2020, only one private equity deal in the residential space was closed at $40 million, as compared to 11 deals worth $469 million in the same period last year. Between January-May 2020, Indian real estate companies across office space, warehousing, retail and residential managed to raise $238 million as compared to $3.3 billion during the same period last year, a drop of 93 percent. Due to low investor appetite, the share of residential in the overall investment pie has shrunk from 60 percent in 2011 to 11 percent in 2019.

Will this lead to developers reducing realty prices?
Realtors have long argued against reducing prices because of land costs. Also, this may cause existing customers to ask for discounts, leading to a market price crash in the area.

Indians have long been dependent on real estate as an asset class to park their capital, and have usually seen prices move upwards—or in worse situations, stay stagnant; there has rarely been a drop in prices. But over the past three years, things have changed.

For example, five years ago, Amit Saxena (name changed) bought a 2-BHK in suburban Ambarnath for Rs 45 lakh, including his loan cost. Just before the Covid-19 pandemic struck, he had found a buyer at Rs 42 lakh (already incurring losses of Rs 3 lakh). But now, the buyer has restarted price negotiations, so Saxena is now staring at a house with greater losses. This example highlights that while developers and bankers have been citing sales in the affordable housing category, this may not be cushioned from blows either.

While some developers have started to offer loan schemes of 90:10, where you pay only 10 percent as down payment, much of the formal sector workforce has gone through salary cuts, job losses and is staring at an uncertain future. The question to ask is, who really is a home buyer in current times?

Buyers could either be those who have spare cash, and believe this is the best time to buy; or from the non-resident Indian (NRI) community, which private equity fund managers and developers are now dialling in to, to buy cheaper houses with favourable dollar exchange rates.

But even so, these categories may not be able to account for the one-fourth inventory that the country has in supply; moreover, most buyers want to acquire ready property, rather than buy at under-construction projects. 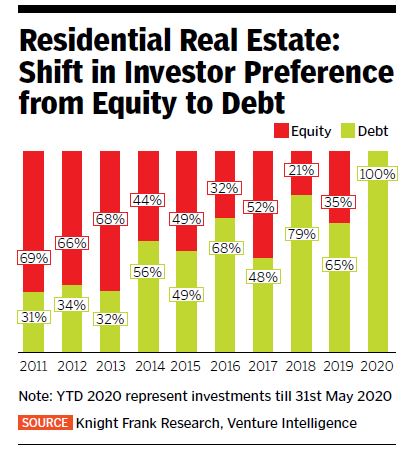 While some developers own land bought at lower rates, most Mumbai developers, especially in southern and central parts of the city, bought land at exorbitant rates over the past decade, amounting to 50 to 75 percent of the project cost. Yet, over four or five years, prices have stagnated and even fallen due to oversupply and overpricing. Even pre-Covid-19, prices of residential apartments had fallen by 15 to 20 percent. Analysts indicate the trend will continue for another two years.

So, if developers are forced to take a haircut in high-ticket projects, does that provide a window for others across the country to do the same?

According to a research note by Adhidev Chattopadhyay of ICICI Securities Ltd, “Residential property prices in the markets of South India, Pune and NCR range between Rs5,000-Rs6,000 per sq ft against construction costs, plus land costs of at least Rs4,300-Rs4,900 per sq ft for developers. This translates to pre-Covid-19 project level Ebitda margins of around 15 to 20 percent for developers…” and hence he believes these markets, including outer Mumbai Metropolitan Region areas like Kalyan, Dombivli, Navi Mumbai, Thane, and the extended Western suburbs would see a 5 to 10 percent correction in prices more in the form of indirect discounts rather than a cut in the quoted prices.

Why is it tough for developers to cut prices? Before Rera, realtors held on to prices by selling fewer units rather than offer discounts. But now, they have to pay to get permissions and other approvals before launching a project, thereby increasing the initial cost. Coupled with lower sales, rise in labour costs with workers returning to their hometowns, and rise in the cost of construction material, it is only going to get tougher for builders. Chattopadhyay says, excluding land cost, construction costs vary between Rs3,796 per sq ft for a 20-storey building to Rs5,623 per sq ft for a 40-storey one.

The other hanging sword is the financing cost. While most non-banking financial companies that offered loans to realtors have been trying hard to sell their exposures to each other, they are charging developers between 12.8 and 20 percent. With costs escalating, it will be a tough ask for developers to survive this mess.