CavinKare: Sanitiser salvation, in a sachet

CavinKare started selling hand sanitisers in the last week of March at Re1 for a 2 ml sachet. But at every step, they have had to fight challenges, they say 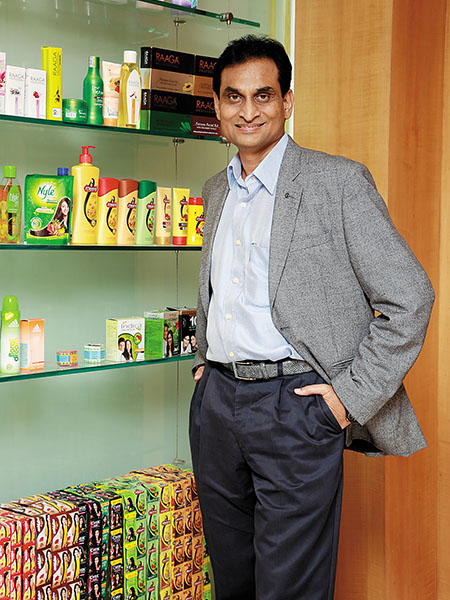 C K Ranganathan, CMD at CavinKare, which started selling sanitisers in the last week of March

Coping with rising demand has been tough for makers of hand sanitisers, given that most consumers have been panic buying. The main concerns—for large FMCG companies as well as small players—are the same: Procuring raw material during the lockdown.  Some 45 distilleries have been granted permission to produce hand sanitisers, according to a March 26 release from the Ministry of Consumer Affairs, Food and Public Distribution. This is in addition to 564 other manufacturers who got the go-ahead. Besides, local schools and institutes like the IITs have begun to produce their own do-it-yourself hand sanitiser variants.  In this series, Forbes India speaks to sanitiser manufacturers—large and small, old and new—across India to find out how they’re coping. The visionary who stirred the shampoo market in the ’80s by selling 2 ml packs for ₹1 is back at what he does best: Disruption. And the hand sanitisers market seems ripe for it. Although the government has put a ₹100 price cap on sanitisers (for 200 ml), that is still a lot for most Indians. Enter C K Ranganathan, chairman & managing director of CavinKare, who over the past four decades has made accessibility and affordability his mantra in consumer product segments from hair care to beauty.

CavinKare started selling hand sanitisers in the last week of March at ₹1 for a 2 ml sachet. One of the biggest challenges was getting a licence. Earlier, what used to take two to three months, has now been fast-tracked to 10-15 days, but Ranganathan says, “Although the government is working at ultra-speed, that speed is not enough for the current situation. The urgency is that the country is on fire.”

Like many manufacturers CavinKare struggled to get raw material and the right manpower. Ranganathan recalls, “At every step we’ve had to fight. And, just when everything fell into place, a nationwide lockdown was announced.” Even though the company got permissions to have 52 of its employees at its manufacturing unit in Puducherry, only 25 finally made it during the final manufacturing of the sanitisers. CavinKare currently has the capacity to produce 250-300 sachets per minute and “we are increasing our machinery by 6x to fulfill the demand,” says the chairman.  Distribution has been hit due to the lockdown, but he maintains, “All we need is 15 days, in a post lockdown phase (to set things right).”

Tweets by @forbes_india
Covid-19 has pushed India's auto sector to its brink
Video: Highlights from Dr BR Ambedkar's life in under a minute