How Covid-19 is affecting student placements

As top companies defer and revoke job offers, graduating classes are finding their careers up in the air; IITs and business schools, meanwhile, are working hard to help find placements, moving the process online 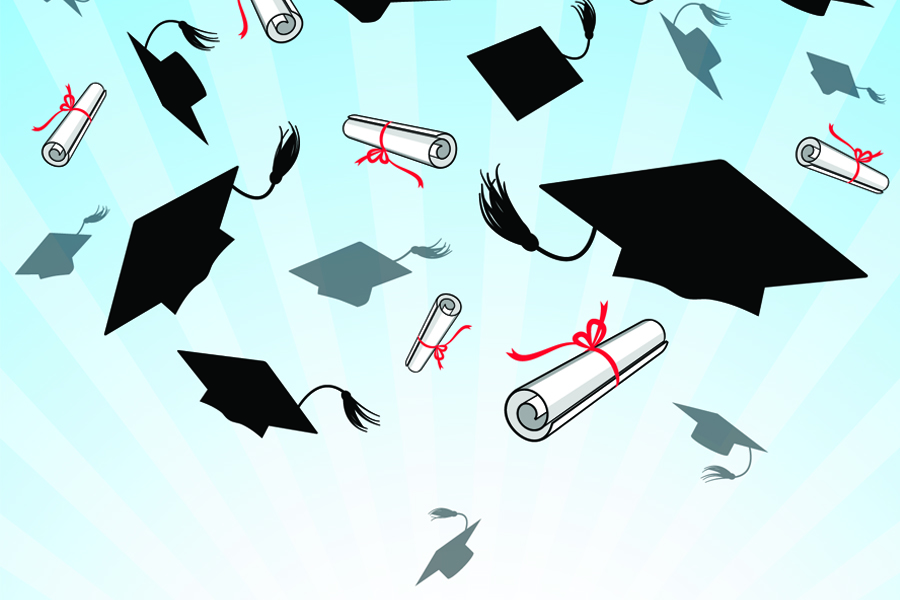 Karan Birpali, a final year biotechnology student at IIT Delhi, has secured a job with one of India’s largest hospitality companies. He was to join in June but with the Covid-19 pandemic hitting the country, the date has been pushed to August/September.

Birpali is one of the lucky ones. Vidushi Toshniwal, a civil engineering graduate at IIT Delhi wrote on her LinkedIn profile on April 8. “I am a final year B.Tech student from IIT Delhi (2016-20). I secured a job offer from a US-based leading global market in oilfield services as a Junior Field Engineer. However, due to the ongoing Covid-19 crisis and some changes in the company's policies, the firm has decided to rescind all the job offers.”

Birpali adds that in as many as 10 cases, offers were revoked and the institution is now working hard to find jobs for those who have lost out. “They have set up a new portal for the same,” he says.

As the Covid-19 pandemic sends ripples across the world, both on the health care and economic front, companies that had flocked to India’s top institutions just a few months ago to hire talent, have been taking a serious relook at their options. Already, research firm Gartner has withdrawn offers that it extended to students at various IITs for the year. Besides, others such as Texas-based Schlumberger, it is learnt, have also informed authorities that they will not be able to honour their offers.

“Schlumberger’s activity and outlook has been severely impacted by two unforeseen events:  The Covid-19 pandemic and the extreme decline in oil price. In this environment, it has become increasingly difficult to provide students with valuable work experience or job opportunities. We have, therefore, taken the difficult decision to adjust our job offers in line with business activity. This means that, due to the challenging conditions in which we find ourselves, we have been forced to reduce and withdraw internships and graduate job opportunities at this time,” says Joao Felix, director of corporate communications at Schlumberger in an email response.

Gartner had not responded to queries from Forbes India at the time of going to press.

Companies like Google too are looking to slow down the pace of hiring. In a memo on April 15, CEO Sundar Pichai highlighted areas for cost-cutting and recalibration. "We believe now is the time to significantly slow down the pace of hiring, while maintaining momentum in a small number of strategic areas where users and businesses rely on Google for ongoing support, and where our growth is critical to their success. By dialing back our plans in other areas, we can ensure Google emerges from this year at a more appropriate size and scale than we would otherwise. That means we need to carefully prioritise hiring employees who will address our greatest user and business needs. Your leads will be in touch with you about how this will work for your team," he wrote.

The decisions by the companies come at a time when India is in the middle of a 40-day countrywide lockdown that started on March 25 due to the Covid-19 crisis. Already, for the first time perhaps, India has a zero percent Gross Domestic Product (GDP) forecast—Barclays emerging markets research on April 14 cut India’s calendar year 2020 GDP forecast to 0.0 from 2.5 percent earlier.

IIT Delhi and the other 22 IITs in the country, are now planning a special recruitment drive, as endorsed by human resource development minister Ramesh Pokhriyal, to help those whose jobs have been rescinded. In addition, the IITs have also set up a task force to look after the mental health of the students in the institutes.

“Even though my job hasn’t been revoked there is a lot of uncertainty at the moment,” says Shreya Johri, a final year biotechnology student at IIT Delhi. “I have a job offer in the US and my date of joining is in the first week of August. However, there are concerns about visas. In addition, our course has now been extended to July end. All of that adds to the confusion and lack of clarity.”  IIT Delhi had sent its students on leave ahead of the lockdown, and will now start the final leg of the courses between June and July after which examinations will be held.

Not just jobs, internships that were meted out frequently to undergraduate students, and were used as a platform for future hiring in companies, seem to be on hold. “Summer internships are critical because they provide a whole lot of experience, particularly global experience and also an opportunity for job placements later,” says Aurobindo Saxena, former head of education practice at Technopak Advisors, and an education consultant. “But, these are unprecedented times, and many sectors are already feeling the squeeze.”

Where jobs have materialised, adjustments and even pay cuts have been made in view of the lockdown and the crisis. Rishika Jain (name changed), who graduated from the Indian School of Business (ISB) and has joined her place of work through an online onboarding programme, was to earlier join in a different city. Considering the travel restrictions, she has for now been offered the role in New Delhi, where she resides. “Since I can’t travel, they have also given the option of joining the local office, if the lockdown is extended further.” Though she did not have to take a pay cut, other classmates have been asked to take pay cuts of over 20 percent even before joining, she says.

The company that Joseph Mathew (name changed) was supposed to join does not have the necessary infrastructure for online onboarding so his joining date has been pushed to December this year. The ISB graduate, who has landed a job with one of India’s many ecommmerce companies, has decided to use the delay to upskill himself.  “ISB has been proactively pursuing recruiters to follow up on placements. So far, we have not had any cancellations,” he says.

Institutions have been doing their bit. “We all understand that these are difficult times,” IIT Delhi Director, V Ramgopal Rao, wrote on Facebook soon after offers were revoked.

“But please be considerate to keep your promises. A few months of delay may be fine. Please do not complicate the lives of these brightest children in an already complex environment. If at all, they are capable of getting you out of recession faster than you can imagine.”

However, Narayanan Ramaswamy, head of education practices at KPMG, says that the crisis at IITs and IIMs “has been been rather one-sided”. “When there are no offices open and layoffs are taking place around the country, what can the industry do?” he says.

Although the government has asked companies to retain staff during the ongoing situation, Indian companies have reportedly been resorting to layoffs as business becomes difficult. Across sectors, sales have floundered, and businesses are likely to take a long time to recover. “We have to adjust to the new normal,” says Ramaswamy. “The west, which had been proudly presenting itself as an open world, has begun to look inwards. They are likely to hire more people from their own countries as they look at a more protectionist regime post the Covid-19 crisis.”

Students are also having to defer higher studies due to the uncertainty. Varuni Sarwal, who is to join the University of California, Los Angeles (UCLA) for her PhD in Computer Science is unsure about joining in September. “The visa offices are closed, and the website suggests that the latest I can get an appointment for a visa is in October,” Sarwal says. “In these times of uncertainty, I can only consider a deferred admission and join in spring instead of the fall season.” Institutes like Boston University have already said they are likely to reopen their campus only by January 2021.

The move is towards digital and in some cases, closer home. “People assume the education sector isn’t likely to be affected by a recession,” says Ramaswamy. “Classrooms in schools will see a massive shift once social distancing becomes the norm. It is all about going digital now.”

OP Jindal Global University has moved its entire teaching module to an online platform to allow students to take classes online. “We all have to recognise the extraordinary circumstances," says Dr C Rajkumar, founding vice-chancellor of the university. "There is no better time to go back to the universities and study before the economy comes back strongly.”

SP Jain School of Global Management has also been seeing a positive inflow. “With the markets in US and Europe hit hard, we are seeing a positive inflow,” Nitish Jain, president of SP Jain School of Global Management says. “Students who were looking to study in the US are now looking for options closer home. And if we can provide premium education online, it will help bring about a generational shift in the way we see education. Until work from home became the norm, nobody gave it much attention. That’s similarly the case in education where online experience will find many takers.”

Saxena adds that this is also a good time to recalibrate the education system in India. “We have been overproducing engineers and management graduates but what the country truly needs are people across other sectors. With foreign MNCs unlikely to look for people outside their regions, it is an opportunity for India to take a relook at the education sector.”

According to the All India Survey of Higher Education by the Ministry of Human Resource Development, India had 32.9 lakh students graduating in the arts, commerce, science and humanities streams in 2019. Engineering and MBA graduates accounted for around 16 lakh graduates last year.

Then there is the massive educational loan sector, which could see some impact.  “Many students start repaying the loans once they are placed with a company. But when jobs are revoked or delayed, then there certainly will be some constraints in paying back," says Saxena. "Globally too, this is expected to become a major cause of concern.”

Tweets by @forbesindia
Oil's manic fall has nothing for the Indian consumer
Comic: The heroes we need but don't deserve