Oil's manic fall has nothing for the Indian consumer

Even as US oil prices for May delivery tumbled, India recorded 36 days of no change in petrol and diesel prices 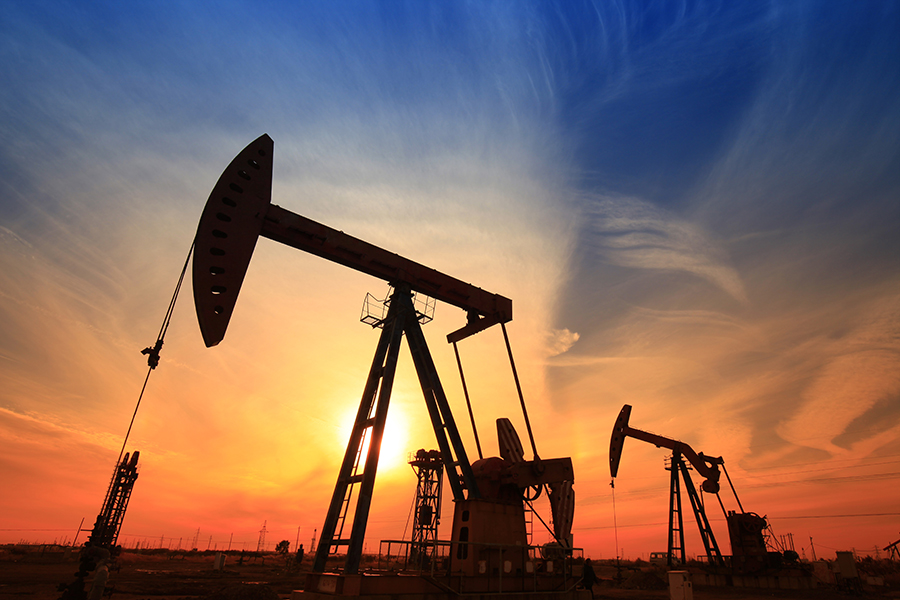 Image: Shutterstock
On April 20, as futures contracts for May oil deliveries came due, traders scrambled to sell on account of a lack of storage capacity. This sudden collapse in prices for the lighter, sweeter variety of oil known as WTI Crude processed by American refineries pointed to a temporary dislocation of the market. As the day wore on, oil, which in the morning could be had for $17 a barrel, fell all the way to -$37.63 as buyers were paid to take delivery and find storage space. Reports indicated that oil tankers at sea were being contracted to temporarily store oil as traders looked for buyers.

As the world economy has shut on account of the COVID-19 outbreak, oil producers have been forced to pump to either pay bills (the OPEC producers) or pay down debt (North American shale oil producers). The net result is a market that is oversupplied to the tune of almost 30 million barrels a day. Pre-crisis demand was estimated at 100 million barrels a day and a recent deal by OPEC and Russia has planned to cut 10.5 million barrels a day starting in May. That still leaves an excess supply of 20 million barrels a day and storage capacity that is filling fast. Meanwhile Brent Crude, the other more traded variety of oil, saw prices in the $25-$27 range. The difference is on account of the way the two are traded. “Unlike Brent, the WTI contract is settled through physical oil delivery… the oil market has a lot of players who cannot take physical delivery,” wrote Martjin Rats, equity analyst and commodity strategist at Morgan Stanley. For now, all bets on oil demand and prices are based on when countries gradually reopen for business. June contracts for WTI oil trade stand at $21 a barrel but with no pick up in demand, they too could tumble. Storage capacity at Cushing, Oklahama, is estimated at 79 million barrels and is being filled on an average at 6 million to 7 million barrels a week. With 55 million barrels already sitting at Cushing, it is estimated to get filled by the middle of May, according to an estimate by Morgan Stanley. Refiners elsewhere, geared to refining the more viscous sour crude varieties, would be wary of retooling for what is a temporary supply glut. The collapse in WTI prices has had little impact on Indian consumer prices. The Indian oil basket consists of 75.5 percent sour grade, mixed with 25.5 percent sweet grade crude. On April 21, India’s crude oil basket price stood at $20.42 a barrel down from $71 a barrel in April 2019, according to the Petroleum Planning and Analysis Cell. 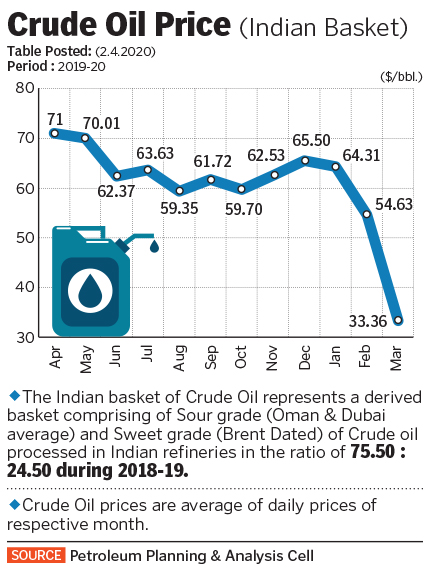 Government policy has since 2014 consistently hiked excise on petrol and diesel and used the gains to balance the Budget. In March, the government raised the excise on petrol and diesel by Rs18 and Rs12 per litre, its highest amount ever. At present, a litre of petrol that sells for Rs76.5 in Mumbai has Rs22 or 28 percent of the price in excise duty collected by the government. There has been no change in fuel prices since March 17. Aviation fuel and cooking gas prices reflect movements in global prices. Lastly, there is the risk that if oil prices stay low for too long it could impact worker remittances from the Gulf. “If oil prices are too low, the economies of oil-rich Gulf countries will be hurt, threatening the job prospects of the 8 million Indians working in the Gulf countries. India is the largest recipient of foreign remittances due to these workers—very low oil prices will hurt this cash stream," said Amit Bhandari, fellow, energy and environment studies at Gateway House, a think tank.

Tweets by @forbesindia
Trump halts US immigration: What this means for you
How Covid-19 is affecting student placements