A Mumbai bar goes foraging to the North East

Thirsty City 127's chefs and bartenders travelled across Meghalaya and Assam, learning about age-old techniques and local ingredients to formulate a menu with dishes, cocktails, dessert and specialty beer 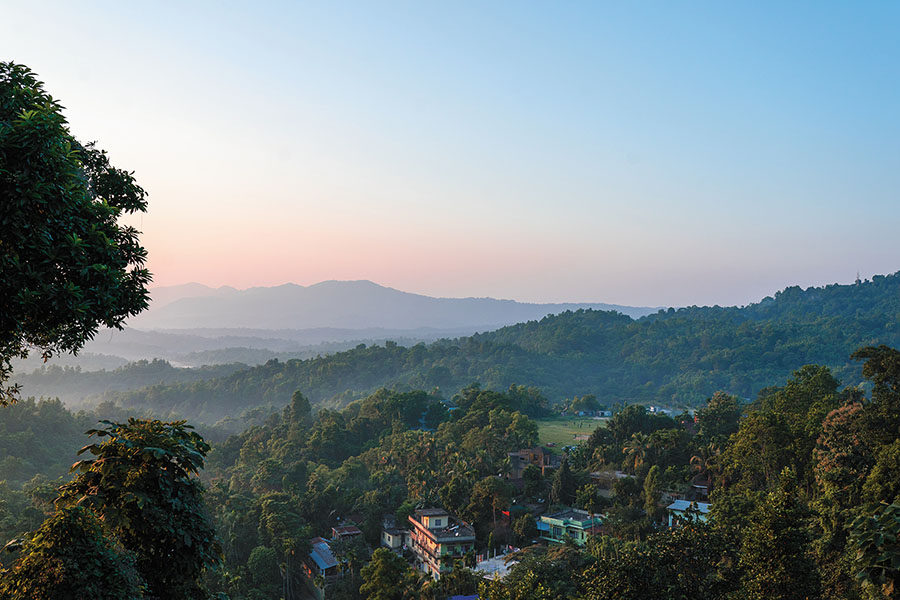 After close to five-and-a-half hours on the road from Guwahati, we reached a quaint little town of Tura, located in the south of Meghalaya. It was an uphill trek, but the breathtaking view on offer made the effort worth it. However, it was not the view that the team from Mumbai-based microbrewery and bar Thirsty City 127 was there for: It was to get a taste of a homemade wine called ‘judima’, made from a local variety of sticky rice.
We got the first taste of it in the home of a shy 65-year-old woman, who seemed to be taken aback by a bunch of visiting strangers. She served us the brew in handmade bamboo glasses, which come attached with a ladle made from a variety of bottle gourd that becomes hard when dried. The wine is white, with a strong smell and taste. While the brew is made from fermented rice, the yeast used to ferment the rice is locally made, from dry rice powder and dry chilli powder. As soon as Santosh Kukreti, head bartender at Thirsty City, took the first sip, he knew he had to recreate the experience for his customers. And so he did, with Tropical Ferment being introduced on the menu last November, complete with the bamboo glass and ladle, which were brought to Mumbai by the cartload. The interesting part about the wine was that even the yeast used to ferment the rice was homemade, using an age-old method. “Not only was our host in Tura kind enough to gift us some of the yeast, she even taught us how to make it. And to speed up the fermentation process, we added some pineapple peels,” says Kukreti. This is just one of the many stories from the foraging trip—which included travels through Meghalaya and Assam—that led to the creation of the Trail Menu for Thirsty City 127’s first anniversary, with six cocktails, one specialty beer, six dishes and two desserts. Travelling through lesser known and remote areas of the country, or foreign lands, and bringing back recipes and flavours for restaurants is a concept that is becoming popular among chefs and restaurateurs. Mumbai-based restaurants such as Masque, Bombay Canteen and O Pedro are some of the entities that have included on their menus dishes inspired by ingredients and traditions from different cuisines. The experimentation extends to the drinks menu as well, with cocktails, beers, gin and ciders being made from local ingredients. 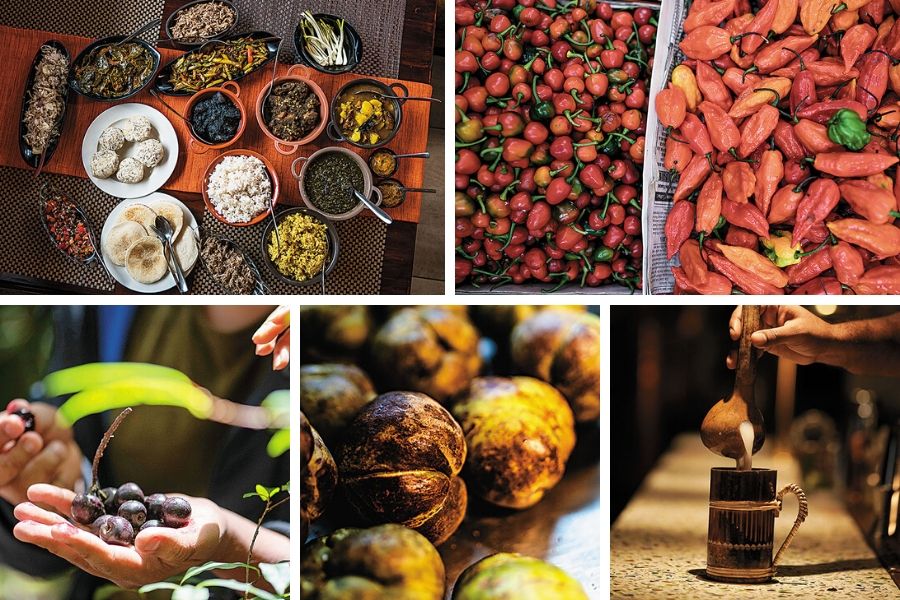 
“The Northeast remains fairly unexplored... we had been hearing a lot about it and the flavour profile of the cuisine there,” says Aakriti Agarwal, CEO, Thirsty City 127. “So we decided to take on the challenge.” They returned with more than 35 ingredients—from the frightfully hot Bhut jolokia chilli and elephant apple to Sohiong berries and ash water (made from the ash of dried banana tree bark and used as a replacement for baking soda). However, discovering and buying new ingredients is just one part of the journey. While looking for Bhut jolokias in the farmers’ markets of Shillong, the team bought a lot of different ingredients from one seller, and were taken aback when she asked, “You are buying all these ingredients, but do you know how to use them?” Ingredients like Bhut jolokias, for instance, can’t just be added to food like regular chillies. “She taught us four different ways to preserve the chilli. That’s when we realised that there is no point in finding 100 different ingredients if you don’t know the right way to use them,” says Agarwal. 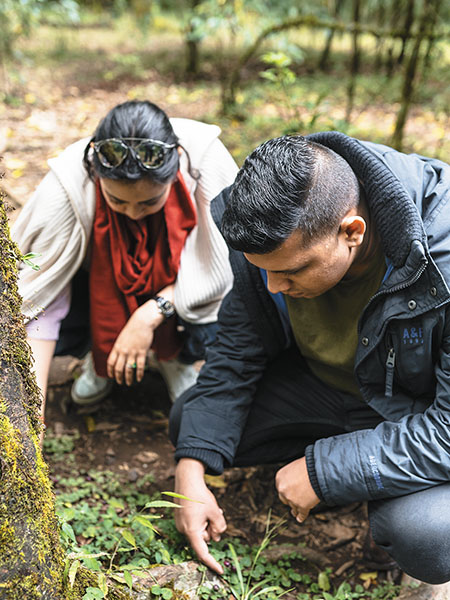 Picking a location to start the journey of discovery can also prove to be tricky. “The flavour profiles and ingredients that we found in north and south Meghalaya were vastly different,” recalls Agarwal. “We had procured some ingredients in Tura, but when we asked for those same berries in Shillong, they had never heard of them.” The team not only spent time picking up local ingredients, but also eating local food. And no two meals were the same. “Eating the local food helped us understand the flavour profile. Things like the importance of sesame in their food,” explains Agarwal. While the Northeast has a number of different flavours, “most of their food is sour”, she adds, “and there is almost no use of dairy in their food”. While applying their learnings to the bar menu, these were two factors that the team was conscious about. Instead of vinegar, they chose to use ingredients like elephant apple, thekera (a variety of tamarind) and kafir lime to add tanginess to their dishes. Some of the ingredients that the team returned with were so unique that no one apart from the locals of those regions had heard of them. Kukreti’s drink named ‘Shillong’ was inspired by one such ingredient: Kasiya leaves. “I fell in love with this ingredient because the leaf tastes spicy and the stem is sweet. I decided to use these, and take inspiration from a sesame pork dish I had at a local restaurant, and create a new take on whiskey sour,” he says. The resulting drink uses sesame smoked whiskey, with sesame blended-honey along with elephant apple, and is garnished with kasiya leaves. Every day on the trail “was an experience in itself”, says Agarwal. “We wanted to bring back not only the flavours but also the culture and techniques that are used locally to bring out the flavour of the ingredients.” And, this was just the first of the many ‘Thirsty Trails’ Agarwal has in mind. The writer travelled to Guwahati on the invitation of Thirsty City 127