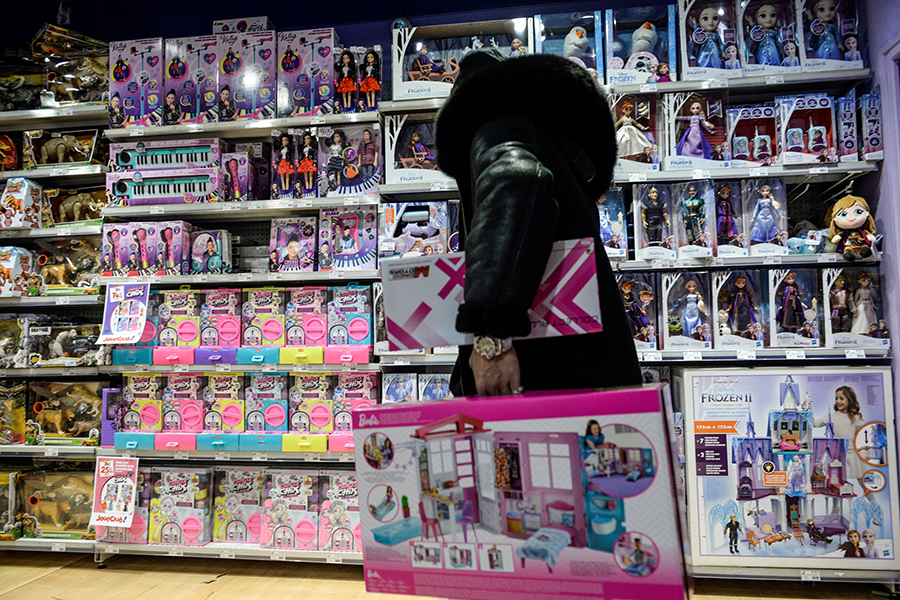 Gender neutral toy aisles could become compulsory in California department stores, under rules being considered in the state's legislature.

The bill will not ban separate areas aimed at girls and boys, but will mandate there must also be a place where dolls and toy soldiers sit side-by-side without being recommended for a particular gender.
The regulations would also apply to pacifiers and feeding equipment, according to California assembly member Evan Low, who drafted the bill.
"We need to stop stigmatizing kids and putting them in a box by dictating what they should like based on outdated gender stereotypes," Low told AFP.
Low said he was inspired to frame the legislation by the daughter of a woman who worked in his office.
"Britten asked her mom while shopping why certain things in a store were 'off limits' to her because she was a girl, but would be fine if she was a boy."
Supporters of the bill, which would only apply to department stores that employ more than 500 people throughout the state, say it would also help to address an unjustified price differential.
They note that products marketed to girls are often more expensive than those aimed at boys, even if the items themselves are identical.
Opponents say the government has no business telling stores how they should display their goods, and overwhelmed parents find it easier to choose if items are clearly labelled.
The bill is expected to pass its final reading in the state's lower house, before landing on the desk of Governor Gavin Newsom.
If enacted, the law will impose fines of $250 to $500 on stores that do not comply, starting in January 2024.
Sensitivity to gender issues has grown in recent years across the west, and particularly in the United States, where gender neutral toilets are a common sight in liberal states like California.
But it has provoked a backlash from conservatives, who insist gender is rooted in biology, and accuse governments and some companies of pandering to a fad.
Many businesses, however, have pressed ahead with changes to long-standing line-ups.
This year, toy-maker Hasbro announced the Mr Potato Head brand would be getting a makeover "to promote gender equality and inclusion," and would be known simply as "Potato Head."
Department store Target, with almost two thousand branches across the country, announced in 2015 that it would establish gender-neutral areas in some dedicated spaces for children and the home.

Tweets by @forbesindia
Our top reads of the week
Meet the soonicorns: These 10 companies could soon turn unicorn