If fusion has to be done to survive, that's sad: Anoushka Shankar

The sitarist, in India recently, talks to Forbes India about why she makes crossover music and the importance of remaining true to herself 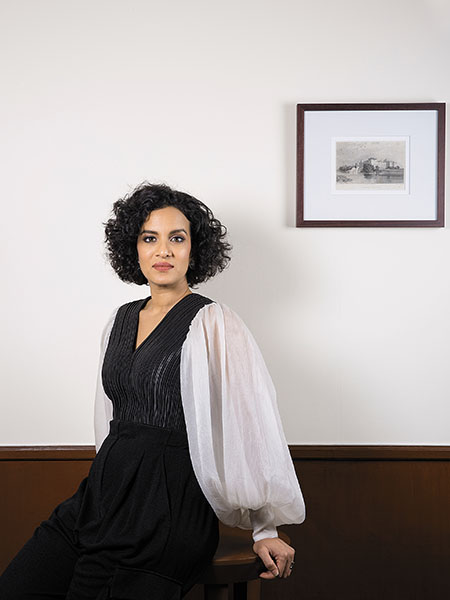 
When Anoushka Shankar performed her first solo sitar recital, she was 13 years old. It was a 10-minute performance on a stage that she shared with maestros Zakir Hussain, Vishwa Mohan Bhatt and Vijay Raghav Rao, in an auditorium packed with 2,500 people. The occasion was the 75th birthday of her father Pandit Ravi Shankar. That was 25 years ago.

Shankar, now 38, is a six-time Grammy nominated artiste who, much like her father,  has helped popularise the sitar among a global audience today with what she calls ‘crossover music’.

In February, Shankar was in India with her latest EP Love Letters, which is probably her most personal work so far, portraying a very vulnerable and raw side of the sitarist. The collection touches upon themes like health, heartbreak and domestic upheaval. Starting April, she will be touring to commemorate the birth centenary of her father, and will be performing for the first time in London with her half-sister, multiple Grammy-winning singer-songwriter, Norah Jones.

Shankar spoke to Forbes India about how classical Indian music has evolved over the years and the importance of carving a niche for herself. Edited excerpts:

Q. How has classical Indian music evolved over the last 25 years?
In the 1990s, I was almost fearful to step out of the classical world because no one was really doing it. There were very few people like my dad and Zakir Hussain, who had done some very interesting and iconic collaborations. But even then, I remember my dad was given so much criticism for it. Whereas now it’s the norm; everyone collaborates and does fusion or classical fusion.

But it makes me sad if that fusion has to be done in order to survive—if you have to pair an Indian classical musician with someone else and call it a jam session in order to get an audience. That’s sad!

Q. In what way has technology benefitted your music?
Globally, technology has changed the way music is consumed and made. When I started recording, I was 16 and everything was done on tape. It felt a lot more formal to go into the studio and record. I personally hated recording at that point since there was a lot of pressure, especially as there was a lot of money that you paid to book the studio. And you couldn’t get it wrong; if you did, you had to start all over again.

When you look at how things are now, the entire experience is very easy-going. You are writing and composing and experimenting while recording and that has benefitted my music quite a lot, because I have the luxury of being more vulnerable, and making music can feel so safe.

Q. How has your process of composing music evolved?
I’m a lot more trusting of the process now than I used to be. It can be quite a mystifying thing, this process of making music—where it comes from, when it comes, and how it comes. I have always had this feeling of being exposed when I’m working with someone new. Thoughts like, ‘They’re going to realise that I don’t know what I’m doing’, or ‘I’m going to show up and have no ideas’ would haunt me. Now it’s not like I take it for granted, but I’m less paralysed about it. I trust the creative process and I’m a little more comfortable.

Q. Was moving to crossover music from pure classical your way of finding a niche and building your own legacy?
Yes, and no. One of the reasons I was almost nervous about crossovers was I didn’t want to do it just for the sake of doing it, or to do something cool, or to reach more people, or to step away from my father. I wanted to be honest. And this is where the album Rise was quite important for me, because that was the first time I composed and produced music for myself. It was my first experience of finding a way to represent myself in my sound. So yes, you’re right. There was something freeing about stepping out of the pure classical Indian form—even though I love it dearly and it does something that nothing else quite does—and stepping into a space that has wider parameters. I felt less answerable to people and had the option to make music that is individualistic. 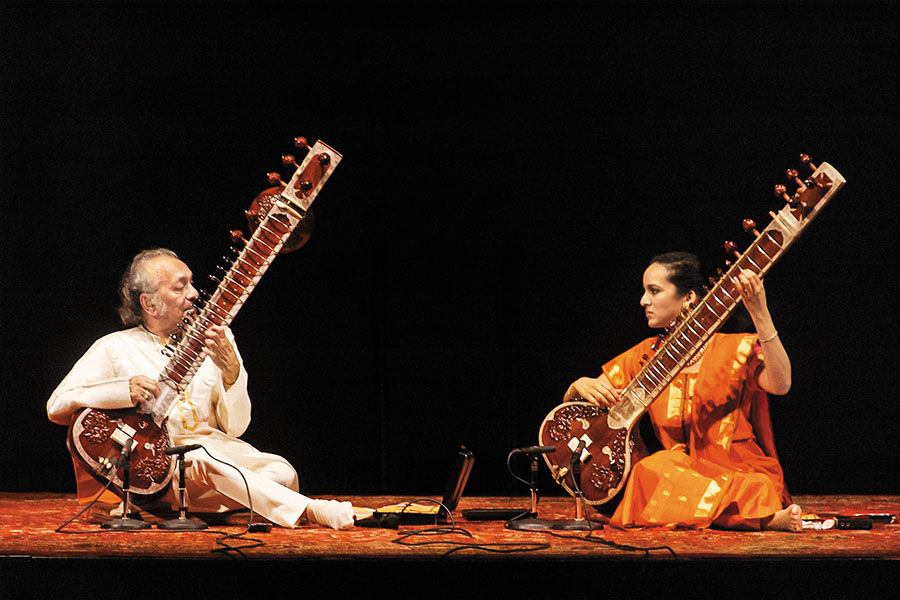 
Q. As an artiste, how do you find the balance between the kind of music you want to compose and what your audience wants to hear?
That’s one that each artiste has to find in their own way, because I don’t think there’s any one way. But so far what seems to have worked for me is to trust that there is an audience for honest music. So thoughts like, ‘What does my audience want me to play?’ have never crossed my mind. That doesn’t mean I don’t care; it just means I know I need to go deep within myself to find something to say in my art and then trust that people will respond to it.

Q. Did you ever consider more mainstream forms of music, given their popularity?
Authenticity was always a big thing for me. So while I enjoy Bollywood music, I have never been a big listener of that kind of music. The idea that I would just step into that simply because it was more successful didn’t make sense to me because it’s not who I am. I was also very rooted in my father’s history and legacy.

Q. How important is social media for you?
It’s one of those blessing-and-curse kind of things. In one way, it can be an incredible way to reach people directly. As someone who’s always been quite outspoken, I find it beautiful to just be able to speak directly to people and say what you want to say. But it can also become a trap sometimes. I don’t like this idea that as an artiste I have to be posting a lot. But as a consumer, I find so much work that I love and that influences me and inspires me by being someone who finds fellow artistes on social media.

Q. If not a sitarist, what other career option did you consider?
I was very attracted to writing. I love creative writing and journalistic writing. Music has a different kind of modality. There is a sort of abstraction, whatever is coming from me gets slightly disguised and moulded in the music I create. Whereas there’s a directness to writing and I found that contrast really attractive.

Q. For one of the songs in Love Letters, we will hear you sing for the first time. Why now?
I sang ‘Loveable’ along with Afro-French Cuban musical duo Ibeyi because the lyrics are very personal. Since it’s a vulnerable song, as a non-singer, my voice suited the song, it sounded more vulnerable and more interesting. Also, it felt nice to have my voice amongst a collection of other women singing.

Q. In 2003, you were the youngest Grammy nominee for World Music. How did you feel when you learned about it?
It was around New Year’s and I was on holiday in a forest in Brazil. I called my parents in India on the day of the nominations because I wanted to know if Norah had gotten nominated, since that was the year Come Away With Me had released. I remember screaming and screaming on the phone because she had so many nominations. And my parents said, ‘Wait… wait… you got nominated as well’. It was a very special moment!